Opinion: Robredo, from Housewife to Hauser; "katips" Movie to be Shown in NJ By Manuel L. Caballero 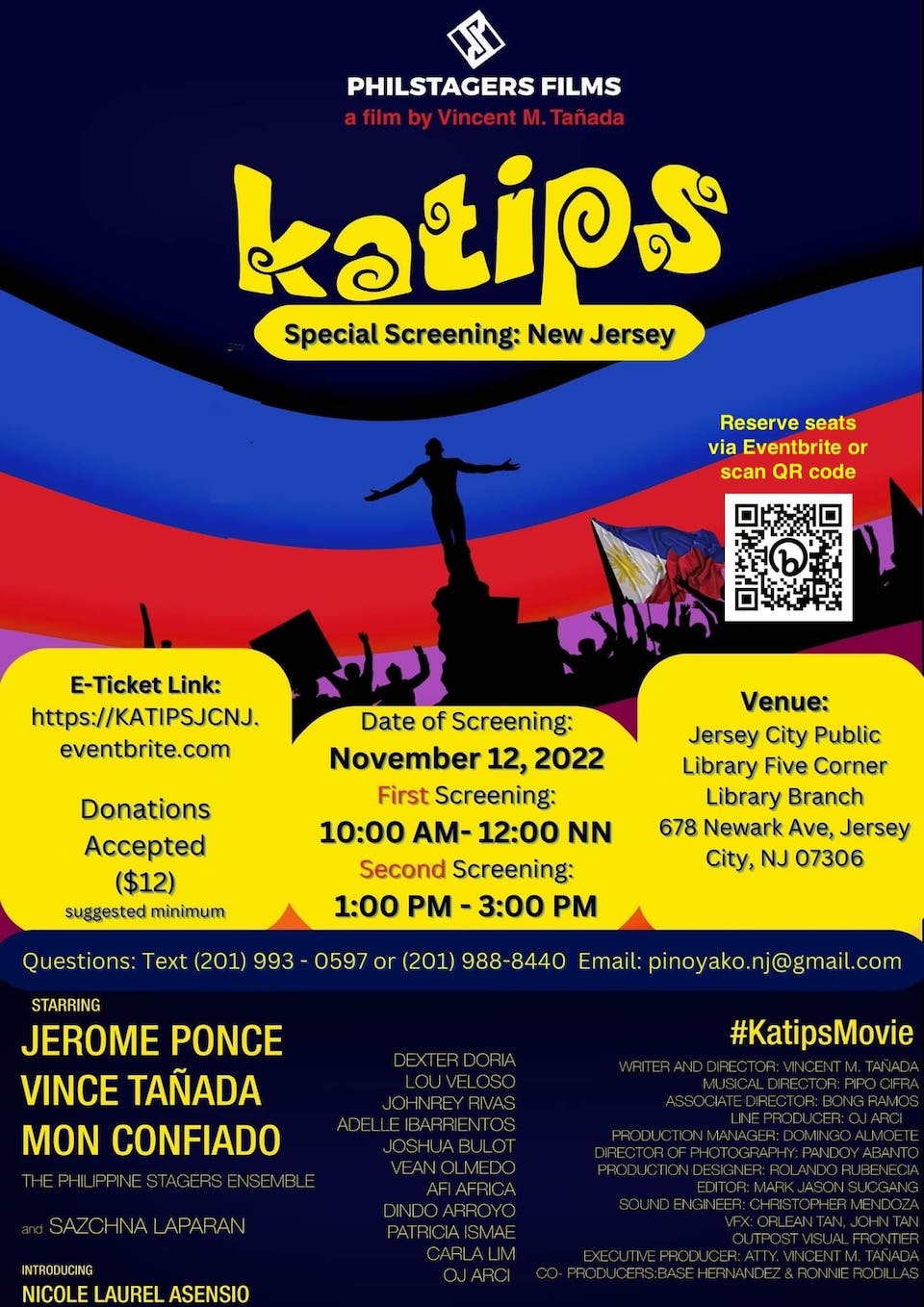 ROBREDO, FROM HOUSEWIFE TO HAUSER; "KATIPS" MOVIE TO BE SHOWN IN NJ

Ten years ago, Atty. Leni Gerona Robredo was a plain housewife. Today, she is at Harvard University Center for Public Leadership as one of four speakers in Fall Semester under its Hauser Leaders Program.

Although her husband was mayor of Naga City, she was mother of three young girls with busy school schedules while reviewing for her bar exams.

When the unfortunate plane crash took the life of her husband in 2012, Sec. Jesse Robredo of Interior Department, that incident

became the trigger for a new way of life after displaying  strength and calmness of character in the midst of grief witnessed on television by the whole country.

She was urged by provincemates to run for PH Congress as representative. She won.

In 2016, she ran for her country's vice presidential post. Unlike in the US where the VP is automatically voted on with the presidential bet, it is not the same in the PH. The VP is voted separately. Robredo won the vice presidency.

She ran for president in 2022, but lost to Ferdinand Marcos, Jr. in what was believed widely as an election marred by disinformation, computer manipulation and vote buying.

It is worth mentioning that during her term as vice president, Leni Robredo  reinvented the Office of the Vice President from a purely ceremonial one into an advocacy centered office, instituting poverty alleviation programs all over the country.

Robredo has spearheaded multiple programs in the Office of the Vice President (OVP); her flagship anti-poverty program, Angat Buhay (lit. 'Uplifting Lives'), has helped address key areas including education, rural development, and healthcare, in partnership with more than 300 organizations. During the COVID-19 pandemic in the Philippines, the OVP under Robredo responded by providing free shuttle services for frontline workers, swab tests, telehealth services, and raised funds for relief operations across the country. Robredo was awarded by the government of Thailand in 2016 for her work and advocacy in women's empowerment and gender equality. Under her leadership, the OVP also received the ISO 9001: 2015 certification for the office's quality management systems.

(Above paragraph was lifted from Wikipedia).

Currently, with her stint at Harvard, Atty. Leni Gerona Robredo  is seen as on her way to being a figure on the global stage as a resource speaker. (The trolls will have more reasons to display their myopia).

We wish her well.

Disinformation, in the guise of arts, has intruded the PH movie industry in a serious attempt to revise history. The revolting part of this misdevelopment is that those who are doing it were not even bubbles yet when the events they are trying to revise took place.

In an analysis published by the New York Times today about the forthcoming midterm US election, it said districts whose congressional representatives have embraced conspiracy theories about the 2020 election  (which over 60 courts around the US said were baseless claims), tend to be poorer, less educated and have experienced declines in their white population.

"KATIPS" TO BE SHOWN IN NJ

The multi-awarded and widely-acclaimed film, "Katips", about martial law in the Philippines under dictator Ferdinand Marcos, Sr., will be shown in Jersey City, New Jersey, on November 12, 2022 at Jersey City Public Library Five Corner  Branch, 678 Newark Avenue, JC, NJ 07306. Screening will be at 10 A.M. to 12 Noon and 1 P.M. to 3 P.M.