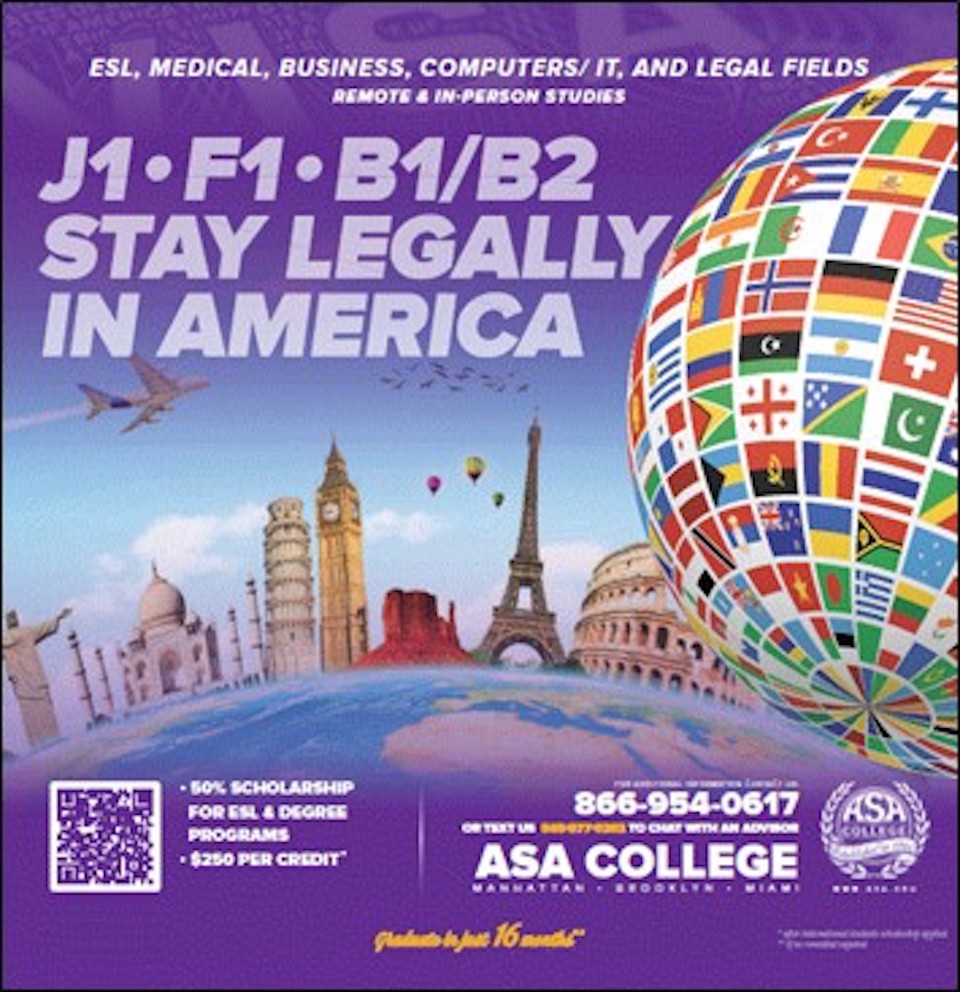 NEW YORK, NY – Department of Consumer and Worker Protection (DCWP) Commissioner Vilda Vera Mayuga on Monday, 03 October 2022, announced a settlement with ASA College, one of New York City’s largest for-profit colleges, for deceptive and misleading advertising that violated the City’s Consumer Protection Law. From January until August of this year, ASA ran hundreds of ads, including on the subway and on social media, that targeted immigrants, low-income New Yorkers who may need financial assistance to attend higher education, and other vulnerable communities. ASA has agreed to pay $112,500 in civil penalties and comply with the Consumer Protection Law going forward.

"Immigrants come from all over the world to NYC in search of a better life and we will not allow them to be the target of predatory and deceptive schemes in their pursuit," said DCWP Commissioner Vilda Vera Mayuga. "All business must comply with our City’s laws, and DCWP stands ready to hold businesses accountable for preying on New Yorkers, especially our most vulnerable neighbors."

ASA’s advertisements violated the City’s laws and rules dozens of times. Some of their deceptive advertisements promised that ASA could help students get specific types of visas that would let them legally stay in the United States; that students could graduate in 16 months from specific programs when that is not possible; and that students would receive a $4,000-$8,000 “gift” upon graduation that was in fact a scholarship with many conditions and limitations.

"Higher education is a fundamental human right, and educational institutions should not use their platform to position students to fail or rely on false promises," said Chair of the Committee on Consumer and Worker Protection, Council Member Marjorie Velázquez. "We are a city built on immigrants, many being young adults and students eager to get ahead and establish a legacy they can be proud of for years to come. ASA College must be held accountable for its false promises to prevent this from happening in the future and should be a lesson to all educational institutions. These deceptive marketing tactics impact immigrant communities and low-income students, as well as their families who have relied on these gifts or unrealistic timelines."

“ASA illegally preyed on vulnerable immigrants, searching for a better life here in New York City,” said Immigration Committee Chair, Council Member Shahana Hanif. “The settlement with DCWP is a victory for immigrants in our City and the many more who one day hope to call this place home. Make no mistake, any business in our City must follow our laws and if they refuse, our City will ensure justice is served.”

NYC Department of Consumer and Worker Protection (DCWP) protects and enhances the daily economic lives of New Yorkers to create thriving communities. DCWP licenses more than 51,000 businesses in more than 40 industries and enforces key consumer protection, licensing, and workplace laws that apply to countless more. By supporting businesses through equitable enforcement and access to resources and, by helping to resolve complaints, DCWP protects the marketplace from predatory practices and strives to create a culture of compliance. Through its community outreach and the work of its offices of Financial Empowerment and Labor Policy & Standards, DCWP empowers consumers and working families by providing the tools and resources they need to be educated consumers and to achieve financial health and work-life balance. DCWP also conducts research and advocates for public policy that furthers its work to support New York City’s communities. For more information about DCWP and its work, call 311 or visit DCWP at nyc.gov/dcwp or on its social media sites, Twitter, Facebook, Instagram and YouTube.