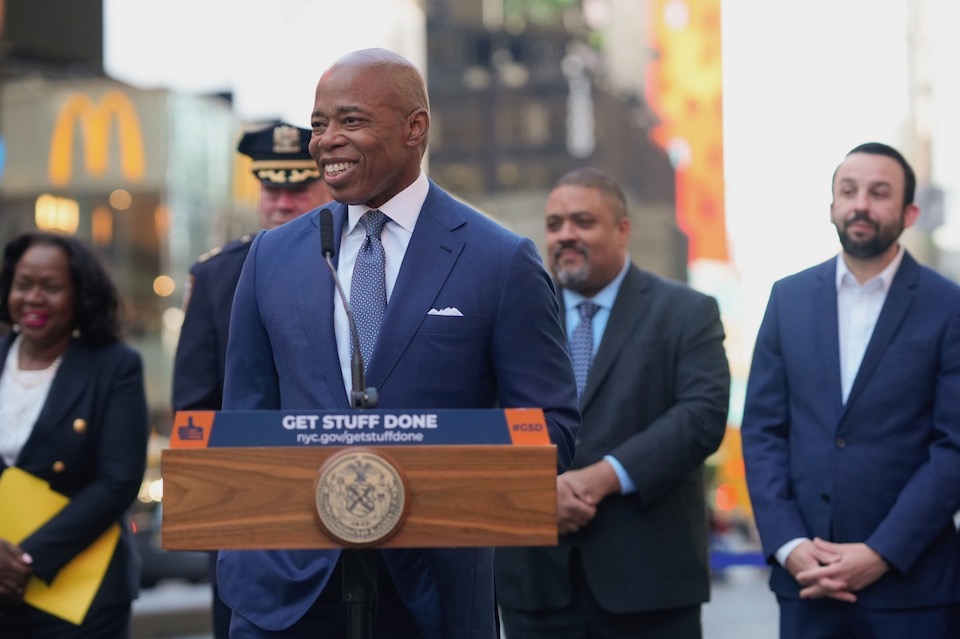 NEW YORK – New York City Mayor Eric Adams on Tuesday, 11 October 2022 signed two bills aimed at tackling the scourge of gun violence in New York City and ensure that the city is safer for all, especially in light of the U.S. Supreme Court decision New York State Rifle & Pistol Association v. Bruen. The first of the bills helps to track data from illegal gun trafficking within New York City, while the second bill designates the new boundaries of the Times Square sensitive location, which prohibits the concealed carrying of firearms within the sensitive zone, even by permit.

“Millions of New Yorkers and tourists flock to Times Square to see Broadway shows, enjoy a good meal, and take photos of the neon billboards, and we will not allow them to live in fear or distrust that someone is walking around with a gun ready to harm them,” said Mayor Adams. “Today, with the signing of Intro. 602, we enshrine into law that Times Square is a gun free zone, and Intro. 518-A will help us address the flow of illegal guns into our city. We will continue to work with our partners on the City Council to dam the many rivers feeding the sea of gun violence and keep New Yorkers safe.”

“Public safety continues to be a priority for the Adams administration, and we are steadfast in our commitment to addressing the epidemic of gun violence that has claimed far too many lives,” said Deputy Mayor for Public Safety Philip Banks III. “Our law enforcement agencies and the Mayor’s Office of Criminal Justice have critical roles to play in enforcing the new Times Square sensitive location and developing long-term strategies to stop the flow of illegal guns into our city.” 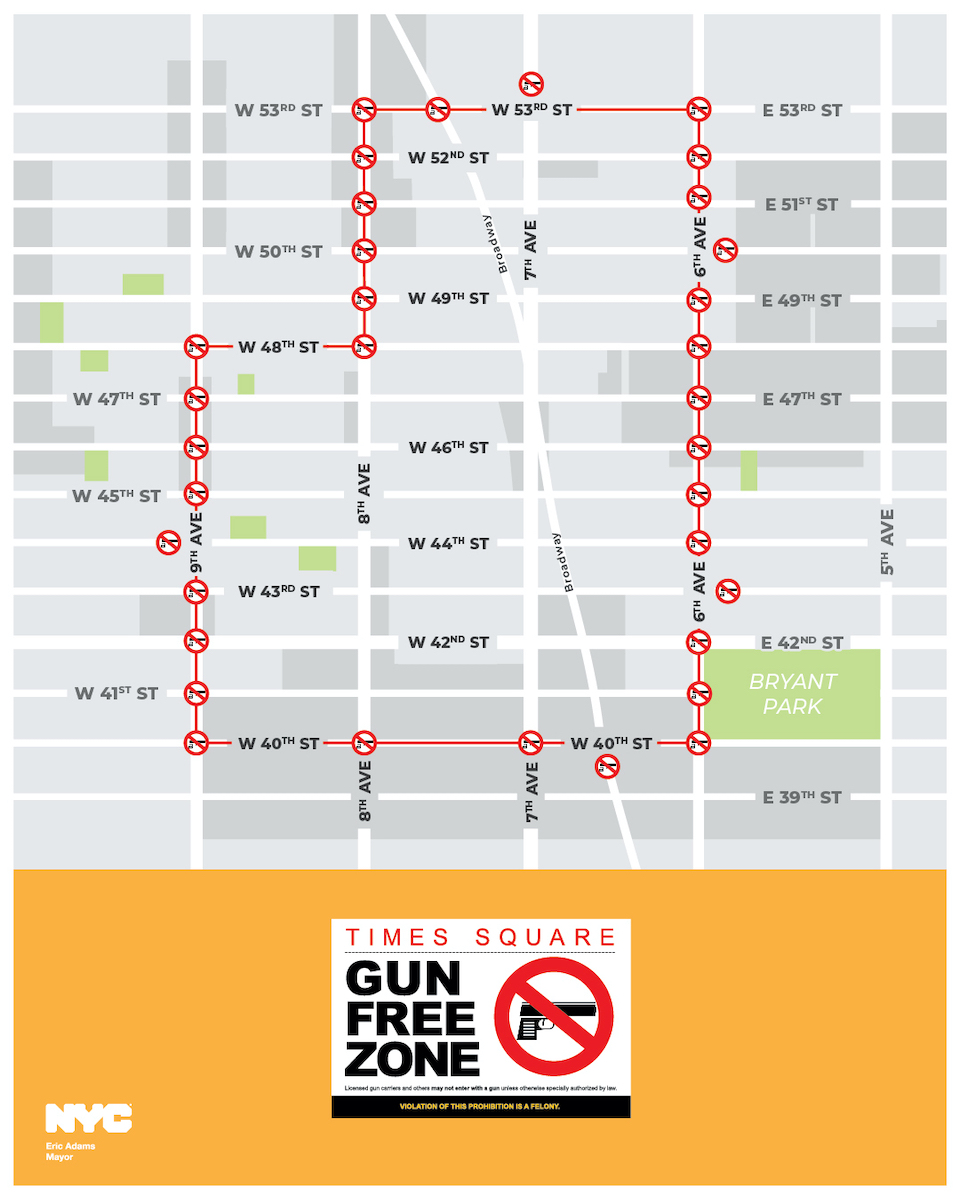 “The NYPD has dedicated significant resources to stopping the scourge of gun violence in our city,” said New York City Police Department (NYPD) Commissioner Keechant L. Sewell. “Our officers work tirelessly to stop the transportation and use of illegal firearms and have recovered nearly 6,000 guns so far this year. These bills assist our daily mission of protecting New York City by enhancing public safety in one of the most unique and visited locations in the nation, while also ensuring the exchange of critical information between the NYPD, the Mayor’s Office of Criminal Justice, and the City Council.”

“The Mayor’s Office of Criminal Justice is committed to advancing and promoting commonsense, data-driven policies to drive down gun violence across the five boroughs,” said Mayor’s Office of Criminal Justice (MOCJ) Director Deanna Logan. “We have been working with our city and state partners to make sure New Yorkers are aware of the new concealed carry regulations, and Intro. 602 furthers our mission to ensure Times Square is a gun free zone. Through Intro. 518-A, we will work with the NYPD to study how illegal firearms are trafficked into our city and identify policies the city can adopt to cut off the flow. We thank our agency and City Council partners for the work they do to keep New Yorkers safe.”

Intro 518-A requires MOCJ to coordinate with the NYPD to conduct a study and issue an annual report to the mayor and City Council speaker on the trafficking of illegal firearms into New York City. The report — required to be submitted no later than December 1st of this year and annually thereafter — will include information on each firearm seized or surrendered to the NYPD, such as the date and location the firearm was seized, the type of firearm, whether the firearm was connected to a crime, and other information relevant to tracking the trafficking of illegal firearms. Additionally, the study and report will include a review of the ways firearms are illegally transported into New York City, and recommendations on how municipalities, states, and the federal government can better

collaborate to prevent the transportation of illegal firearms, as well as other recommendation on efforts to reduce gun violence.

Intro. 602-A defines the boundaries of the Times Square sensitive location, in accordance with the state’s recently passed Concealed Carry Improvement Act. The legislation also authorizes the NYPD to promulgate rules to implement the bill, including rules applicable, as appropriate, to those with a concealed carry license who live or work in the area commonly known as Times Square.