Governor Kathy Hochul recently announced the launch of New York State's Institute for Immigration Integration Research & Policy to help immigrants transition to community life, further education, and the workforce. The Institute, which received funding in the FY 2023 State Budget, will be housed at the Rockefeller Institute of Government, the State University of New York's public policy think tank. The announcement coincides with the selection of an Advisory Board of community leaders, who will set in motion groundbreaking policy development and select an Executive Director and Assistant Director in the coming months.

"New York is built on the hard work and determination of generations of immigrants, and this Institute will work to improve the lives of those who are trying to build better lives for themselves and their families," Governor Hochul said. "By clearing the boundaries for new New Yorkers, we can help to better integrate them into the New York community and access the New York Dream."

Upon arrival, immigrants often struggle to learn English, help their children to assimilate in school, find safe and affordable housing, secure jobs with a livable wage, secure transportation to commute to said jobs, and access available services—often for fear of deportation. The Institute's Executive Director and Assistant Director will analyze real-time immigration, economic, labor, and other data and identify potential solutions for policymakers to help build on the state's commitment to supporting immigrants of all ages, nationalities, and backgrounds.

The launch of the Institute follows Governor Hochul's mission to protect immigrants, including those who are undocumented, who were forced to leave their homelands. In October 2021, the Governor signed legislation (S.343-A/A.3412-A) classifying certain threats to report a person's immigration status as extortion or coercion under New York law. She opened up educational and housing opportunities to assist evacuees from Afghanistan and Ukraine.

According to the New York State Office of Temporary and Disability Assistance (OTDA), 900 refugees and Special Immigrant Visa (SIV) holders resettled in New York State in 2021, primarily from the Democratic Republic of the Congo, Syria, Afghanistan, and Burma. In the last 12 months, at least 1,300 Afghan evacuees were resettled in NYS as well. 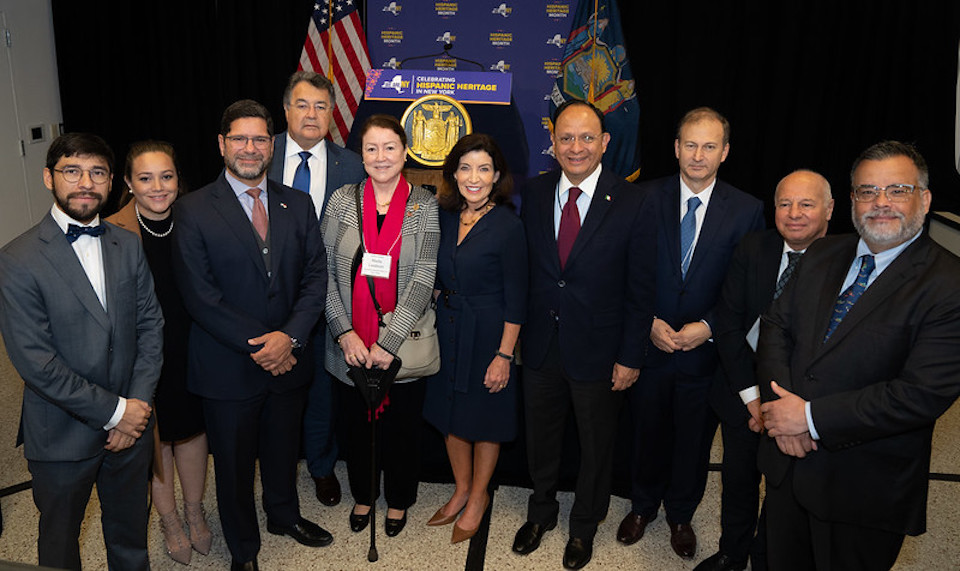 The Institute's Advisory Board is a broadly based group of accomplished leaders who bring an array of experiences and relationships, as well as a shared commitment to immigration integration to the Institute's work. The Advisory Board—which will also provide the Institute with guidance and recommendations with respect to research, programming, fundraising opportunities, and community events—includes:

Asian American Federation Executive Director Jo-Ann Yoo said, "As an immigrant and the first in my family to attend college in the United States, I am moved and honored to be invited to be a part of the advisory board of SUNY's Institute for Immigration Integration Research and Policy. This initiative will help ensure that immigrants have ample opportunities to hone their skills and contribute to making New York State a welcoming place for all newcomers to innovate. We only need to look to history to see how, despite exploitation, prejudice, and unjust policies that hindered their belonging and integration, immigrants continue to create and sustain economies in small towns and big cities across the nation. I am proud to be part of this endeavor that aims to build on this history and nurture new ideas and talented people to strengthen the social and economic fabric of New York State."

About The Rockefeller Institute of Government
The Rockefeller Institute of Government is the State University of New York's public policy think tank, conducting cutting-edge research and analysis to inform lasting solutions to the problems facing New York State and the nation. The Institute's mission is to improve the capacities of communities, state and local governments, and the federal system to work toward genuine, evidence-based solutions. As part of that mission, the Institute leverages the research expertise of SUNY's 64 campuses, connecting scholars from across the system and allowing the Institute to quickly pivot in to new and emerging policy areas.  SUNY professors are often included in Rockefeller Institute grant proposals and the Institute has a long track record of working with campuses on events and forums.  Additionally, the Rockefeller Institute provides opportunities for SUNY students with the Center for Law & Policy Solutions internship program as well as the Future Leaders in Policy Competition, which highlights SUNY undergraduate and graduate research.