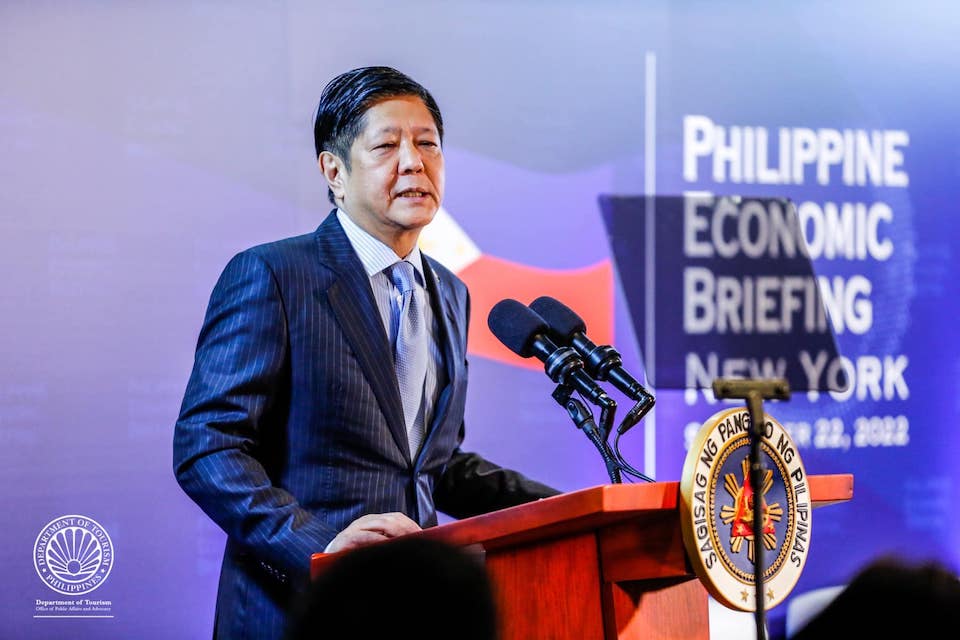 According to investment data released by the Palace, business agreements and commitments secured during the President’s visit have an estimated investment value of $3.9 billion, with a potential employment generation of 112,285 jobs.

These investments will come from different sectors such as Information Technology and Business Process Management (IT-BPM), data centers, and manufacturing.

Palace said, however, that the estimates do not reflect the full potential of future investments from several companies that the President and the trade department met while in New York.

It said some companies had expressed interest in considering new or further investments in the country, but their plans have yet to be firmed up.

At the grand opening of the New Terminal Building of the Clark International Airport in Clark Freeport in Pampanga, Marcos reiterated that the Philippines is open for business, and the government is ready to go the extra mile to nurture strong partnerships with potential investors.

“And this facility is essentially a very strong signal that yes, indeed, we are open for business,” he said during the event.

The Philippines, he said, is a good investment destination being probably the most vibrant economy in Southeast Asia.

He said his administration understands potential investors’ requirements and needs, and it will do everything to build strong partnerships.

According to him, he carried this message when he traveled to New York last week to attend the United Nations General Assembly and as he met American business leaders and heads of corporations.

Wednesday’s opening is also a perfect example of a positive outcome of public and private sector collaboration as both sectors leverage their assets through strong partnership, the President said.

The newly opened facility is also important as the country strives to become Asia’s logistic center, he added.