NEW YORK – New York City Mayor Eric Adams and New York City Department of Small Business Services (SBS) Commissioner Kevin D. Kim announced that the city has surpassed its 10-year OneNYC goal to award $25 billion in contracts to minority- and women-owned business enterprises (M/WBE) by Fiscal Year (FY) 2025 — three years ahead of schedule. This achievement comes amid a strong focus on expanding the pool of contracts subject to the M/WBE program and creating more opportunities for M/WBEs to win procurements.

“Economic inequality isn’t going to solve itself, and as mayor, I am committed to expanding opportunities by building economic on-ramps for our minority- and women-owned business owners,” said Mayor Adams. “We are creating jobs and improving the way government provides services to New Yorkers, and I am thrilled that we have achieved the city’s 10-year goal of awarding $25 billion in contracts to M/WBEs three years ahead of schedule. These billions of dollars will build equity, boost recovery, and create opportunity for M/WBEs. This is how we ‘Get Stuff Done’ and fight inequality right here in our own city.”

“In meeting the city’s goal of $25 billion in contracts to minority and women-owned business enterprises three years ahead of schedule, New York City has demonstrated its commitment to tackling income inequality and promoting fairness in economic opportunity and we know we have to go even further,” said Deputy Mayor for Economic and Workforce Development Maria Torres Springer. “As New York City continues its economic recovery, we remain laser-focused on ensuring M/WBEs can succeed in doing business with the city. Today’s procurement fair will connect hundreds of M/WBE firms with city agency staff and has the potential to result in tens of millions of dollars in contracts for companies that have been unfairly overlooked in years past. We are proud of the progress we have made and continue to do the work to create more opportunities for M/WBEs.”

“The city’s annual procurement fair is the perfect opportunity for entrepreneurs certified as M/WBE to come and tap into the contracting opportunities available to them with the City of New York,” said SBS Commissioner Kim. “With dozens of city agencies and hundreds of businesses ready to work, this fair will result in millions of dollars in contracts for minority and women-owned businesses. SBS is proud to put this event together and excited to be at the Barclays Center with Mayor Adams.”

“As the author of both the city and state laws on M/WBEs, I take great pride in the city passing its goal,” said New York State Senator James Sanders Jr. “It speaks to the hard work and persistent commitment of agencies and individual involvement in this noble undertaking. However, more work needs to be done to increase the percentage of government contracts awarded to M/WBEs in this minority-majority city. We also need to ensure that all M/WBE communities fairly benefit. Until government contracts are awarded in proportion to the city’s population and the number of M/WBEs, our work is not done.” 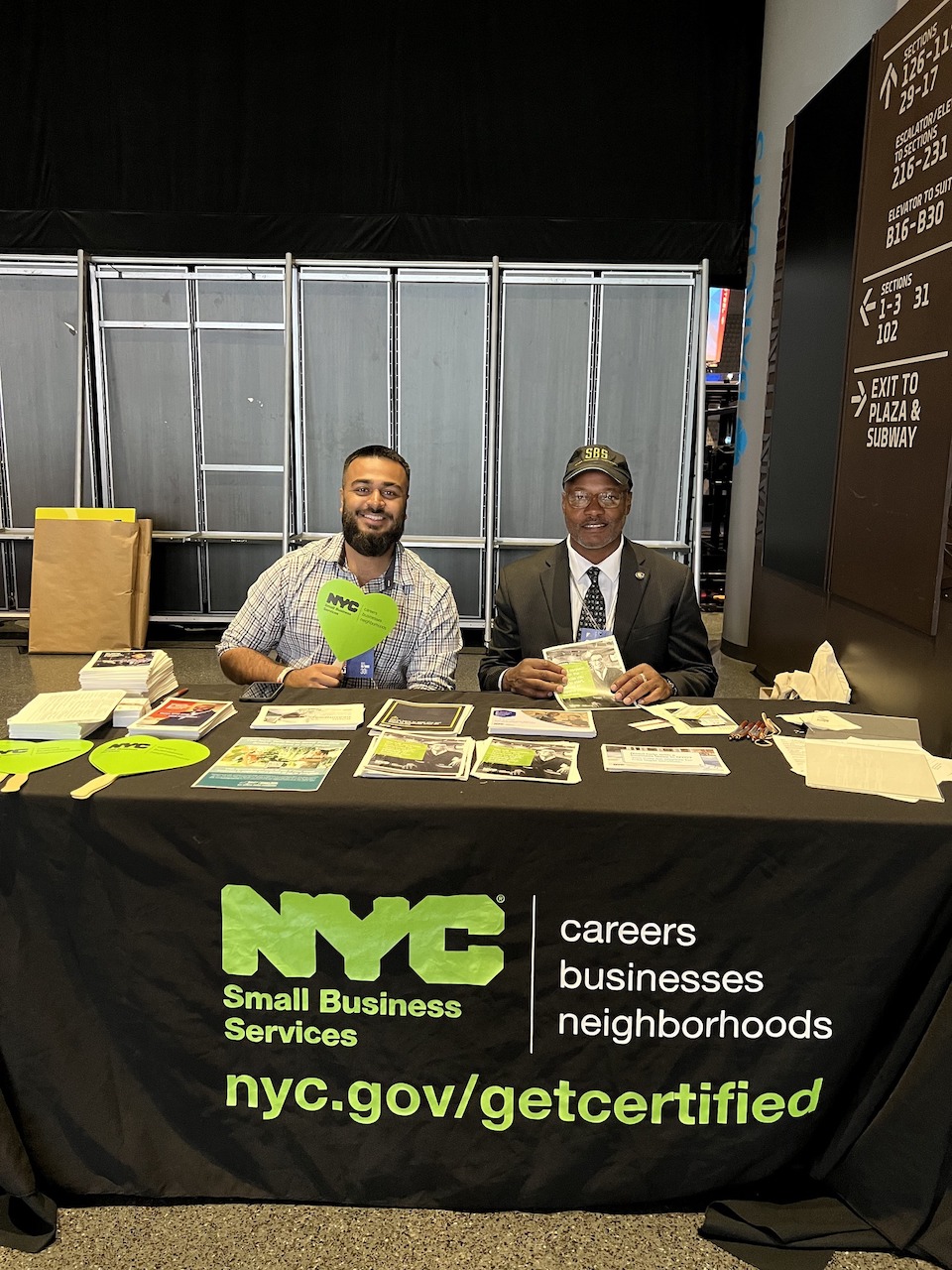 New York City’s M/WBE program was created to address the disparity between city contracts awarded to certain ethnic and gender groups as compared to their availability in the relevant marketplace. New York City believes that contractors should reflect the diversity of our city, and that diversity provides opportunities for all of our communities, helps spark innovation, strengthens engagement, and drives continuous improvement.

Meanwhile, the city continues to surpass its annual goals to certify and recertify M/WBEs, reaching 10,768 certified firms at the close of FY22. Furthermore, 1,605 individual M/WBE firms were awarded a contract in FY22, up from 1,416 in FY21 — a 13 percent increase.

The city is set to have an even more impressive year in FY23, with a handful of major legislative reforms and new programs introduced over the last year: 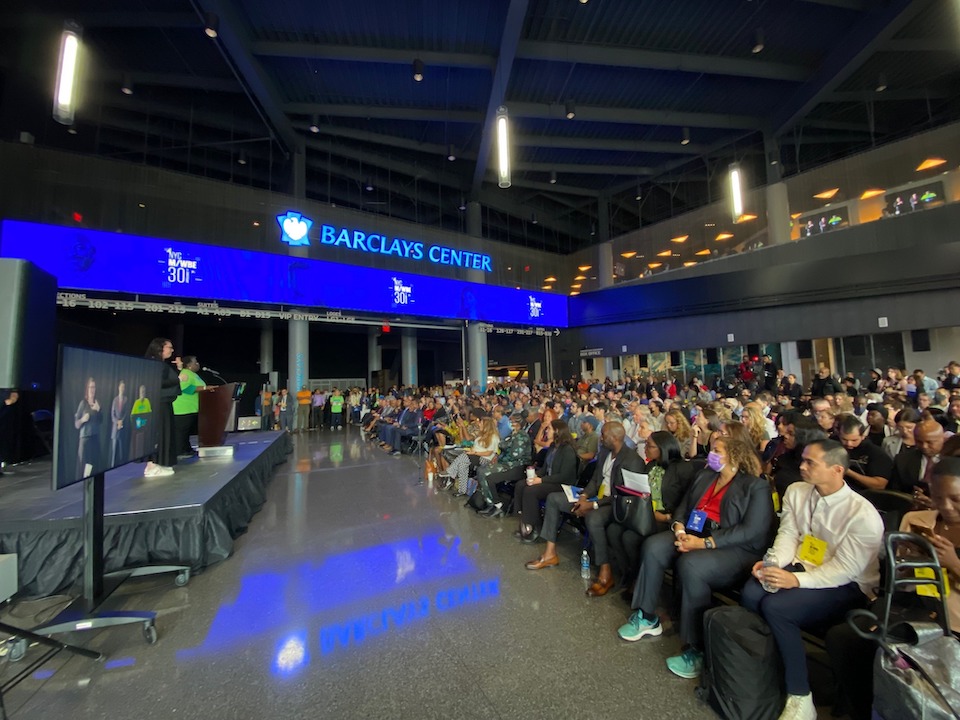 Hosted at the Barclays Center, New York City’s Annual M/WBE Procurement Fair was attended by more than 1,500 city-certified minority- and women-owned businesses, and over 80 city and state agencies, public authorities, and prime vendors.

This year is the 30th anniversary of New York City’s M/WBE program, an initiative created under Mayor David Dinkins, the city’s first Black mayor, in 1992.

New York City has made a commitment to use its enormous purchasing power to support M/WBEs. The annual procurement fair demonstrates that commitment and the many opportunities that exist in contracting with the City of New York. The fair also works to connect potential buyers and useful services with the right agencies.

Firms interested in starting the M/WBE certification process or participating in M/WBE programming can learn more by calling 311, visiting nyc.gov/getcertified, or visiting one of the city’s seven New York City Business Solutions Centers located in all five boroughs.