Opinion: "History, Despite Its Wrenching Pain Cannot Be Unlived..." By Manuel L. Caballero 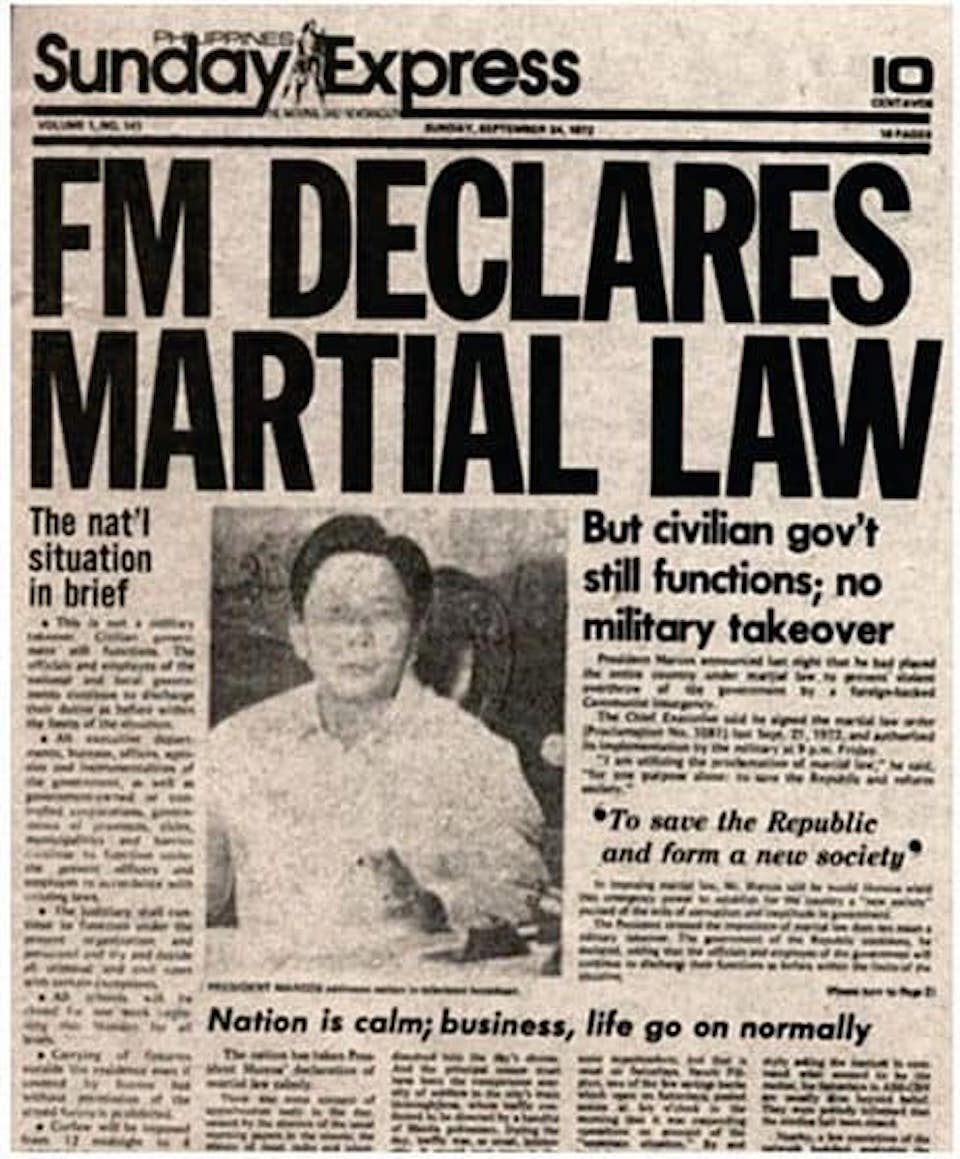 "HISTORY, DESPITE ITS WRENCHING PAIN CANNOT BE UNLIVED..."

Filipinos are on the eve of observing the 50th anniversary of the brutal and corrupt Marcos Martial Law in the Philippines.

Popular American poet and memoirist Maya Angelou had a relevant line worth posting here at this time.

"History, despite its wrenching pain, cannot be unlived, however, if faced with courage, need not be lived again."

I received an invitation to attend the Annual United Nations Mass for the opening of its 77th Session held last Sept. 12 in a church at Midtown Manhattan.

Although in previous years, I attended similar event, I deliberately skipped it this time. I'm one of the signatories in the on-line petition of progressive Filipinos for the United Nations to revoke its invitation to Ferdinand Marcos, Jr. of the Philippines to speak at the Opening Session of the UN for reasons.

In fact, the Malaya Movement in the US has organized a rally in New York against Mr. Marcos Jr.

Another historic event is happening in the United Kingdom as Britons mourn the death of their Queen and as the Queen's heir ascends to the post of new King.

As a student of political science, I find UK's form of monarchical democracy amazing. Every political event is according to precedents or a constitution which is not even written.

In Great Britain, they  religiously adhere to their unwritten fundamental law.

The continuity of the monarchy is a classic example.  We saw two days before Queen Elizabeth II died, she performed her Constitutional duty of confirming Great Britain's new Prime Minister.

Although, succession is adhered to in the PH, it is the election of who succeeds which is questionnable.

Fil Am comedian Jo Koy was guest again this morning at NBC TV's Hoda & Jenna. During his appearance, Jo Koy made three revelations about his successful career as comedian: 1) that his persistence made Netflix agree to carry his shows after repeated rejections; 2) he realized he was made as comedian during a show as guest of Jay Lenno where he was given a standing ovation by the audience, and 3) his show in the PH last month gathered 14,000 people.

I wish my son, Adrian, happy birthday on the 22nd. God bless, my dear son.