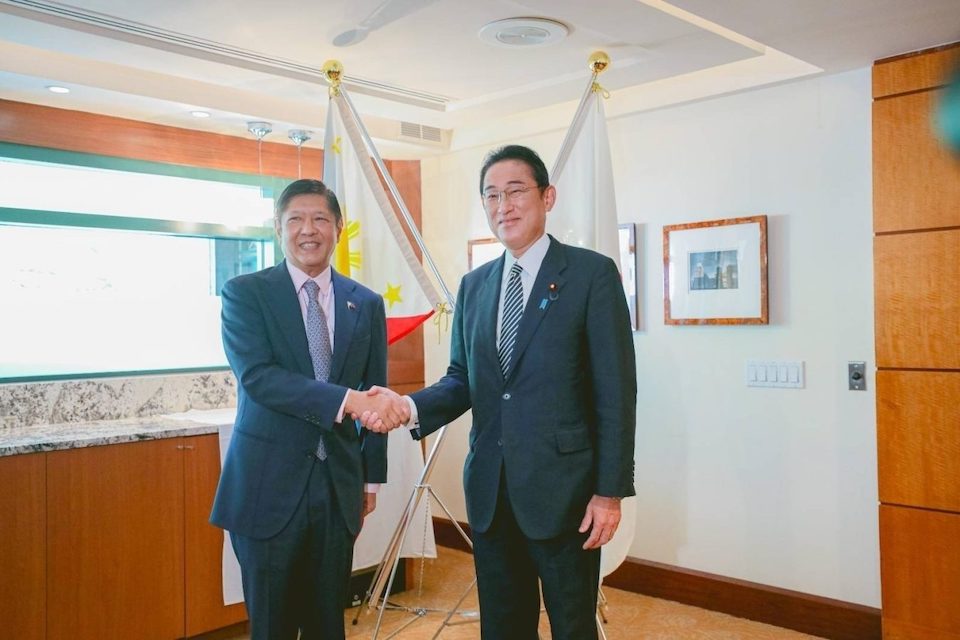 The two heads of government met in person for the first time on the sidelines of the 77th UN General Assembly in New York to discuss the developments in Philippines-Japan bilateral relations.

Four months ago, Kishida called Marcos to congratulate him on his electoral victory.

Marcos noted that 66 years since the normalization of bilateral ties, the Philippines and Japan “have fostered one of the closest partnerships in the region,” Cruz-Angeles said quoting the President.

“He shared his administration’s priorities, particularly in the field of agriculture and food security, energy security, infrastructure development, and cybersecurity,” she added, noting both sides exchanged views on bilateral, regional, and international concerns.

According to the press secretary, Kishida reiterated Japan’s commitment to supporting the Philippines’ economic development to become an upper-middle-income country.

The two leaders expressed confidence that bilateral cooperation in the next years will lead to the further realization of the two countries’ common aspiration for regional peace and stability and a better life for their peoples, she said.