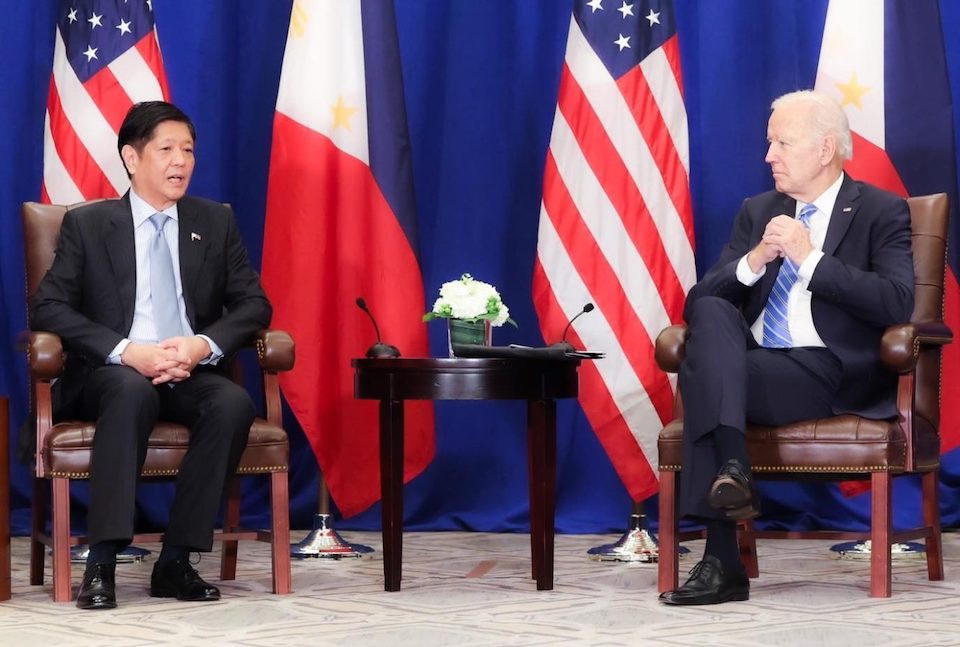 President Ferdinand “Bongbong” Marcos Jr. on Thursday expressed commitment to improving ties with its longstanding ally, the United States, in a historic meeting with US President Joe Biden in New York City.

He also expressed hope that the two countries can further strengthen their bid to maintain peace despite all the complexities that have arisen in the past few months.

“And I hope that we will be able to discuss further the roles that our two countries will play together and individually as we continue down that road,” Marcos said.

Biden, for his part, sought strengthened ties with the Philippines after what he described as “rocky times” in the past.

Biden also noted that the Philippines was one of the United States’ allies to quickly condemn the Russian invasion of Ukraine.

“And we also thank you for your position on the war against Ukraine and — by Russia. And how it’s impacting energy prices and food prices. And we are working very hard to be able to do something about that,” said Biden.