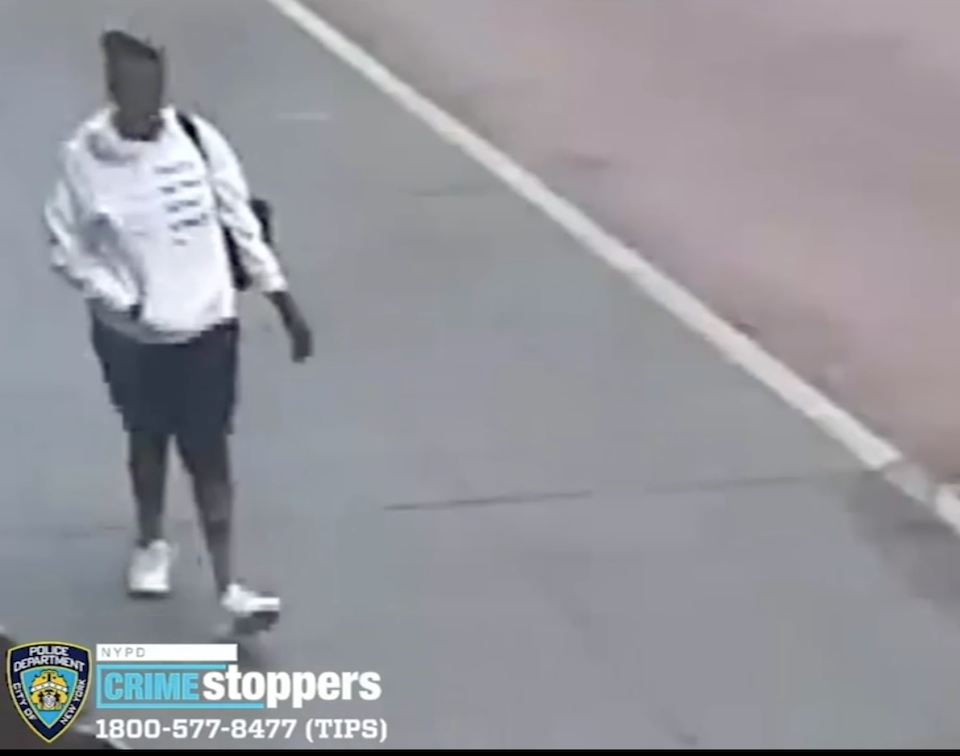 The Philippine Consulate General in New York advises the Filipino Community to remain vigilant after a 74-year-old kababayan was assaulted in Manhattan on Wednesday morning, 24 August 2022.

Based on news reports monitored by the Consulate, the victim was walking along Madison Avenue near East 52nd Street when she was punched without provocation by another woman, who fled the scene.

The incident was caught on video and the NYPD is seeking the help of the public to help with information that will lead to an arrest. 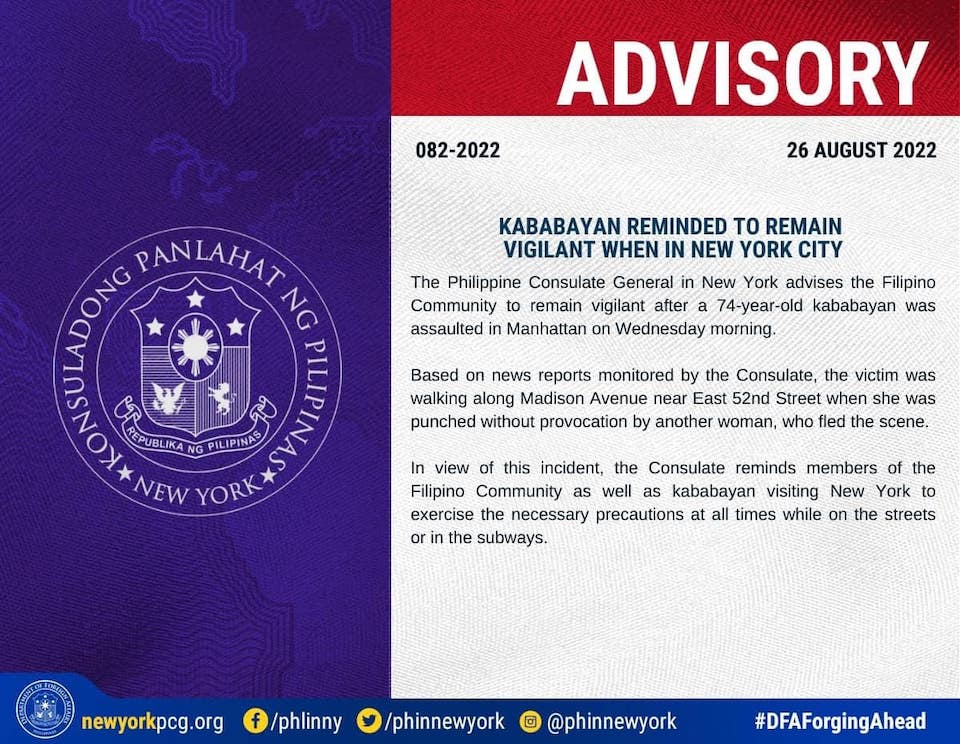 In view of this incident, the Consulate reminds members of the Filipino Community as well as kababayan visiting New York to exercise the necessary precautions at all times while on the streets or in the subways.

Consul General Elmer G. Cato in a statement posted on social media said., “Speechless. Just speechless in the wake of another random attack directed again against a 74-year-old Filipina. While assaults against kababayan such as this are isolated, we cannot help but feel for the victims who are mostly helpless, elderly women. Although incidents like this as well as hate crimes have been more pronounced lately, these have been happening in New York and other parts of the world for the longest time. For some, these are nothing new. For others, these are a cause of concern. That is why kababayan in New York and wherever in the world they may be should be vigilant at all times and take the necessary precautions when outside their homes.”