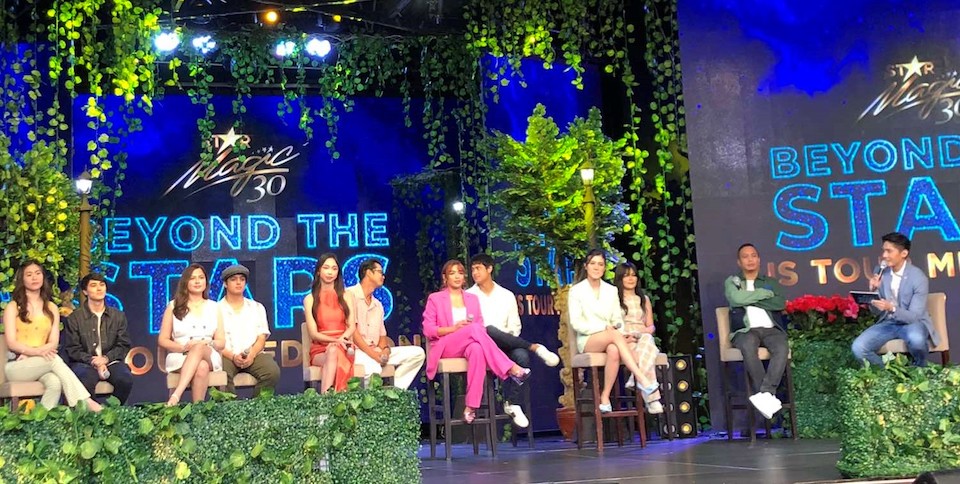 SAN FRANCISCO  – TFC Live events returns in a major way this August with back-to-back-to-back shows celebrating Star Magic’s 30th anniversary. “Beyond the Stars” has the Philippines’ brightest celebrities bringing top-tier entertainment to audiences in New York in the East Coast, and to San Francisco and Los Angeles in the West.

"Beyond the Stars" is a two-hour concert extravaganza, showcasing the best staged entertainment that only the brightest Filipino stars of this generation can deliver. This is Star Magic’s way of bringing the magic to life for audiences to enjoy.

At the North America media conference that launched “Beyond the Stars,” Star Magic Head Lauren Dyogi shares that “after two years of global uncertainty and we have endured, now it’s time to celebrate. He also adds that the Star Magic U.S. Tour is their way of reconnecting with the Filipino community in North America and thanking them for their unwavering support.

“Beyond the Stars” is a testament to the tenacity and creativity displayed by the artists to remain relevant and to continue to hone their craft, even during lockdown.


The shows also provide audiences the chance to get up close and witness the talent of the younger and newer ABS-CBN artists in person since to date, they have only seen their performances on the screen and digitally. Star Magic’s newest stars will have the chance to share the stage with longtime idols in front of U.S. audiences.

With an incredible line-up of 20 artists, there will be something for everyone at each of the “Beyond the Stars” shows. 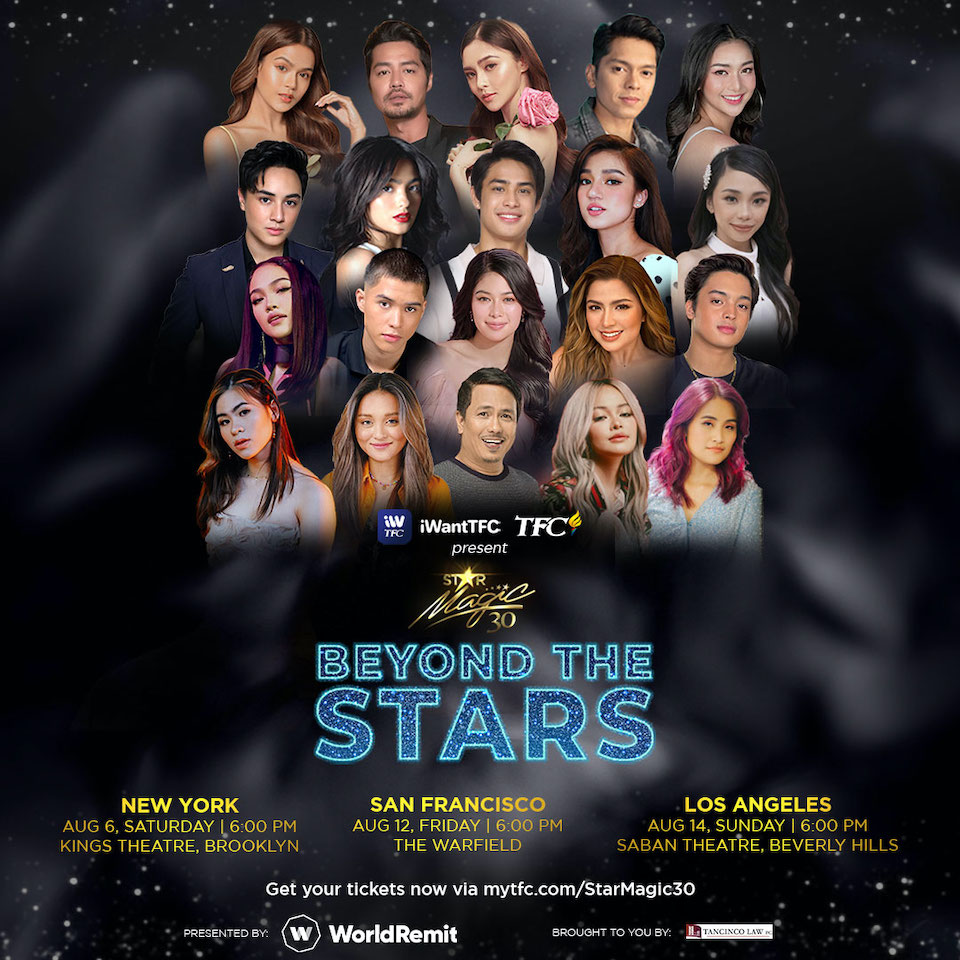 “So, we look forward to seeing the happy faces of our kababayans (fellowmen) sa Amerika.”

Catch “Beyond the Stars” on the following dates:

August 12 – The Warfield in San Francisco

Tickets are on sale and TFC and iWantTFC subscribers may enjoy a 15% discount off regular-priced tickets. Subscribers can check their email for their exclusive discount code. Discounts are also available for bulk purchases. Go to myTFC.com/StarMagic30 to get tickets and for more information.

The shows are made possible through the collaboration of Star Magic with iWantTFC and TFC. "Beyond the Stars" is co-presented with World Remit, with Tancinco Law as a major sponsor.