Opinion: "The State of the Nation is Sound", Concludes Marcos Jr. In First SONA by Manuel L. Caballero 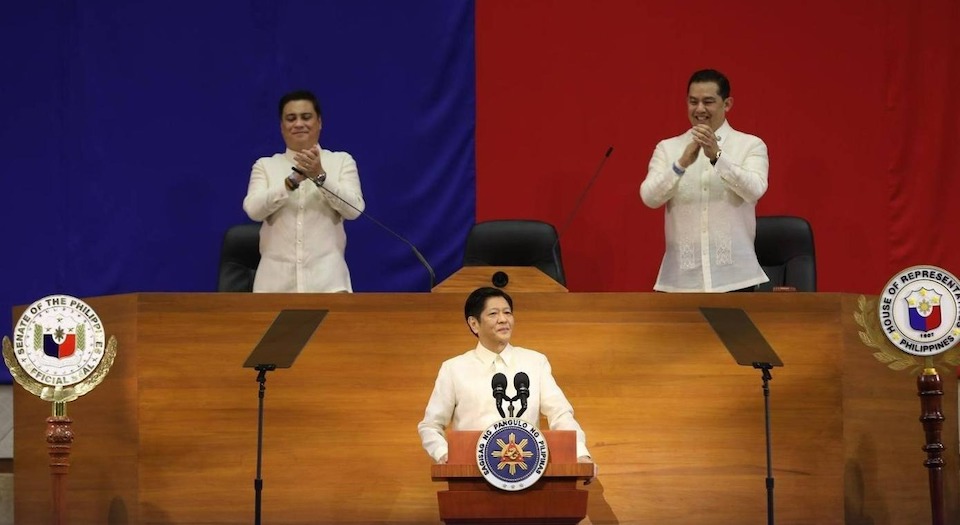 "THE STATE OF THE NATION IS SOUND", CONCLUDES  MARCOS, JR. IN FIRST SONA

I listened to the video taped State of the Nation Address (SONA) of  Ferdinand Marcos, Jr. which lasted 75 minutes.

SONA is not only for a president to report the state of the country, but also to inspire the citizens, especially at a time that is challenging like these days.

I'm sorry to say it is difficult to derive inspiration from one whose legitimacy as duly elected chief executive is still being questioned by many. In fact, there is a developing consensus among IT people that his supposed win was statistically impossible.

Anyway, he opened his SONA saying. "We are living in difficult times." Then, he closed saying, "The state of the nation is sound." (It was a line used by Barack Obama in one of his State of the Union Addresses).

Marcos Jr. spent one hour and 15 minutes enumerating the different problems and challenges that face the country and how he plans to go about solving them. He cited which department will be involved to tackle each problem area.

Although, what he mentioned he will do are good for the country provided they are achieved, (otherwise, they are merely words blowing in the wind), there was no mention of the following equally important issues: trillions of peso debts left by Duterte; human rights; his family's P203 billion debt to the PH Internal Revenue; his position on the ICC case against Duterte et al.;

After Mr. Marcos said at the end of his address "the state of the nation was sound", one Filipina netizen commented about the PH: (no editing was done)