Opinion: Democracy is Virtually Dead in the Philippines and More | On My Watch By Manuel L. Caballero 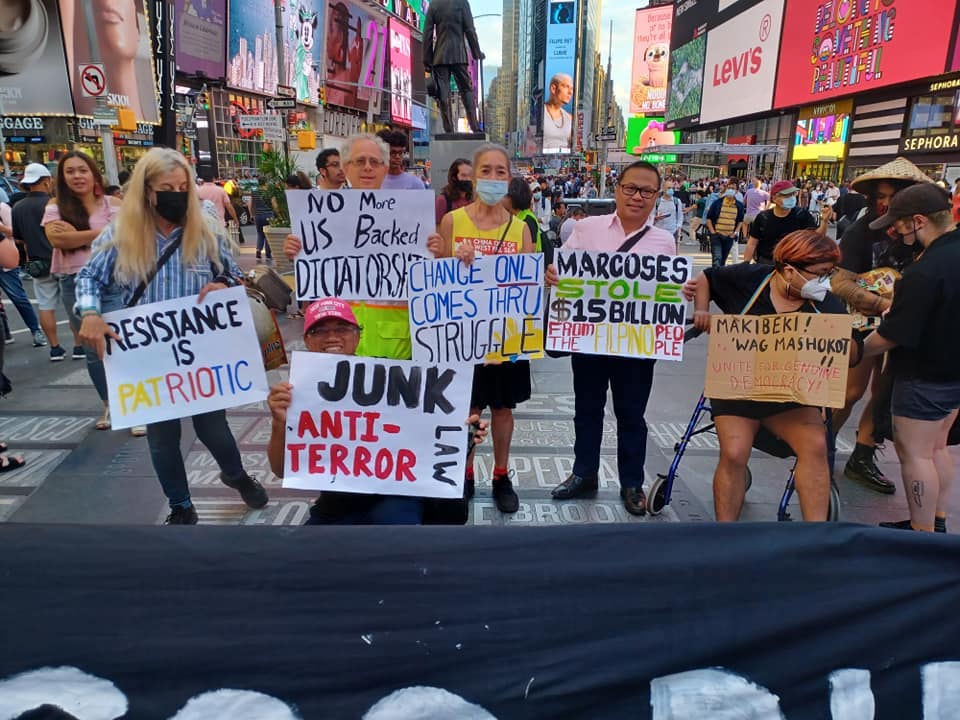 DEMOCRACY IS VIRTUALLY DEAD IN THE PHILIPPINES (6/29)

SC: MARCOS QUALIFIED TO BE ELECTED TO OFFICE

I read the first 48 comments. Not one defended nor agreed with the Supreme Court's decision. I browsed quickly at a couple of hundred comments, still I did not see any comment supporting the SC decision. People are disappointed. Many are angry. Shame on the Supreme Court of the PH seems to be the collective feeling.

I can say democracy in the Philippines is virtually dead.

I was hoping the PH Supreme Court will be a redeeming branch to the dying institutions of government during the six years of Mr. Duterte. No! The Court, with its decision favoring Marcos, who is convicted by a lower court for non-payment of income taxes for three years, became an accomplice.

It seems that the only chance for democracy to be revived is for the Filipino people to assert their right as the vox populi suprema lex est (the voice of the people is the supreme law). They have done it peacefully and effectively in 1986. They can do it again. 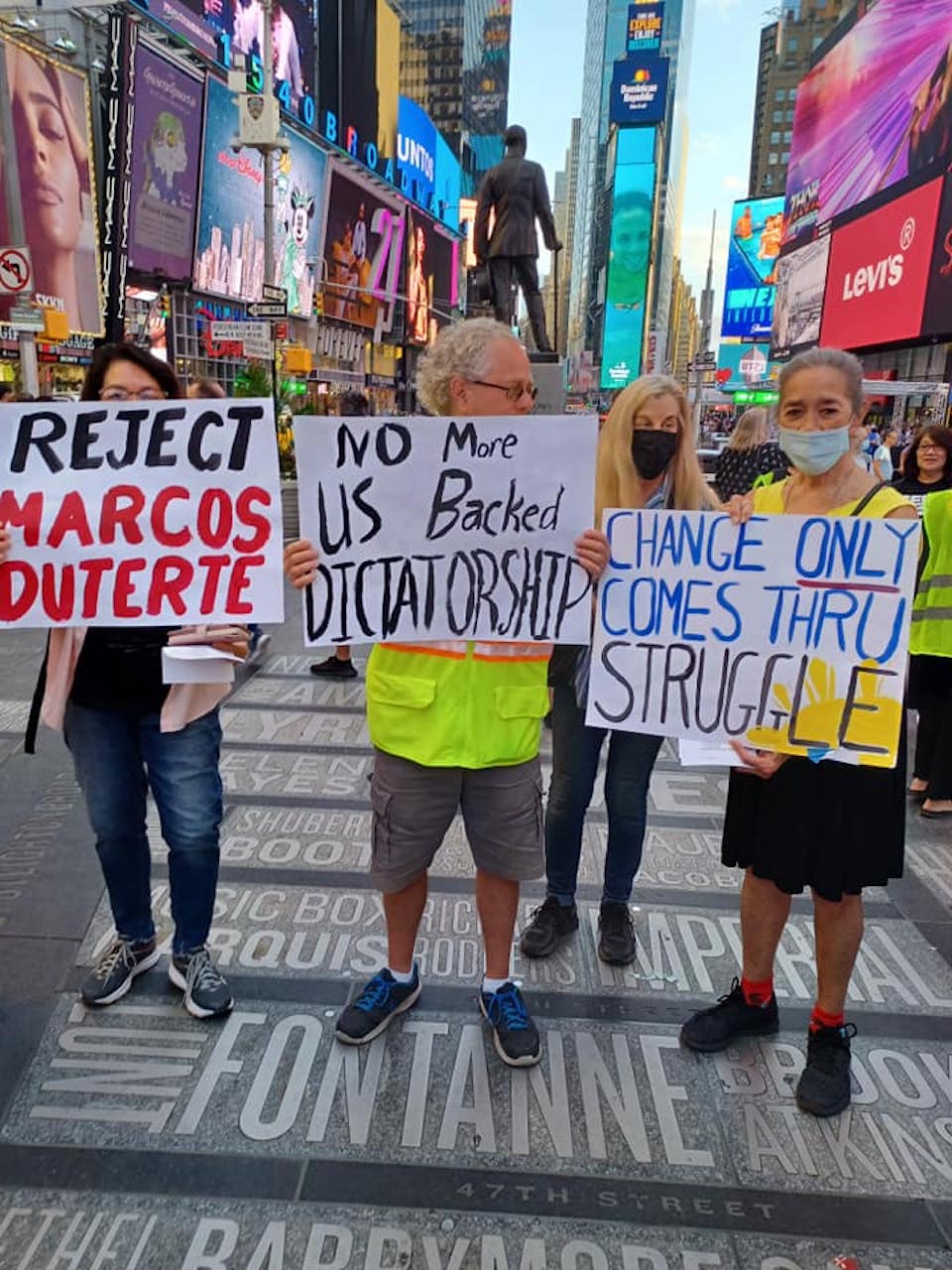 FilipinoAmericans are gathered in Times Square in New York City to protest and reject  Marcos-Duterte because of reported massive fraud during the May 9 elections.. The Coalition believes that the election was farce and the tabulation programmed. Thus, making Marcos Jr. a fake president. 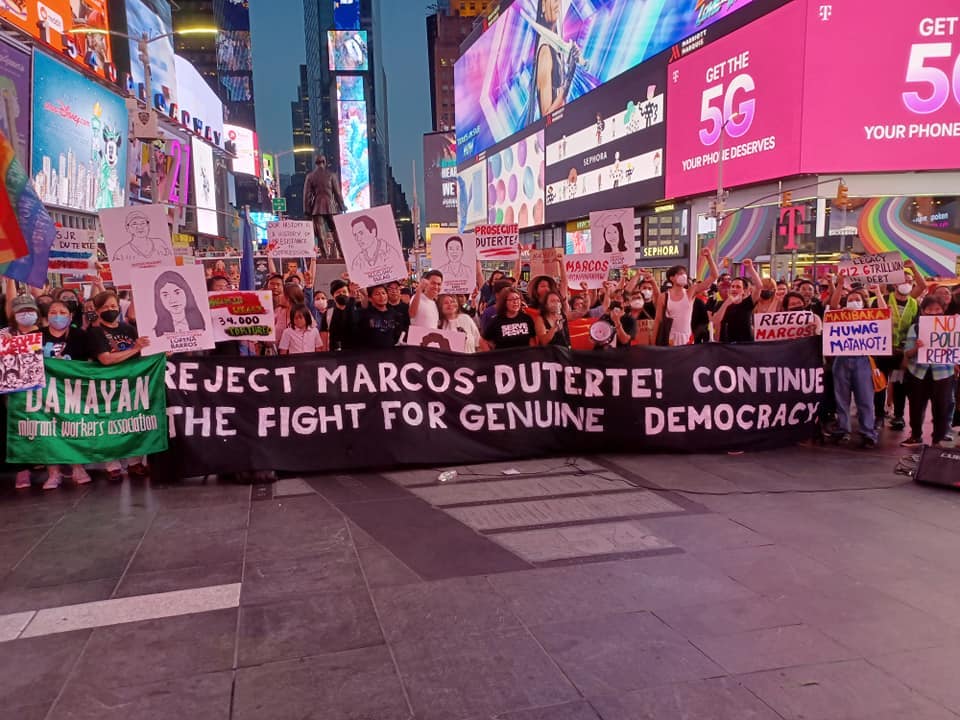 Associated Press, the leading global and one of the oldest news agencies in the world, featured the news about the inauguration of Ferdinand Marcos, Jr. in 4 short paragraphs. Throughout its story, it referred to Marcos Sr.'s rule as tyrranical, dictatorial, globally notorious and infamous.

The son was silent about the brutal, corrupt, and extravagant rule of his father  in the 70s and 80s.

The new chief executive claimed his father accomplished many without the benefit of bugles and drums. 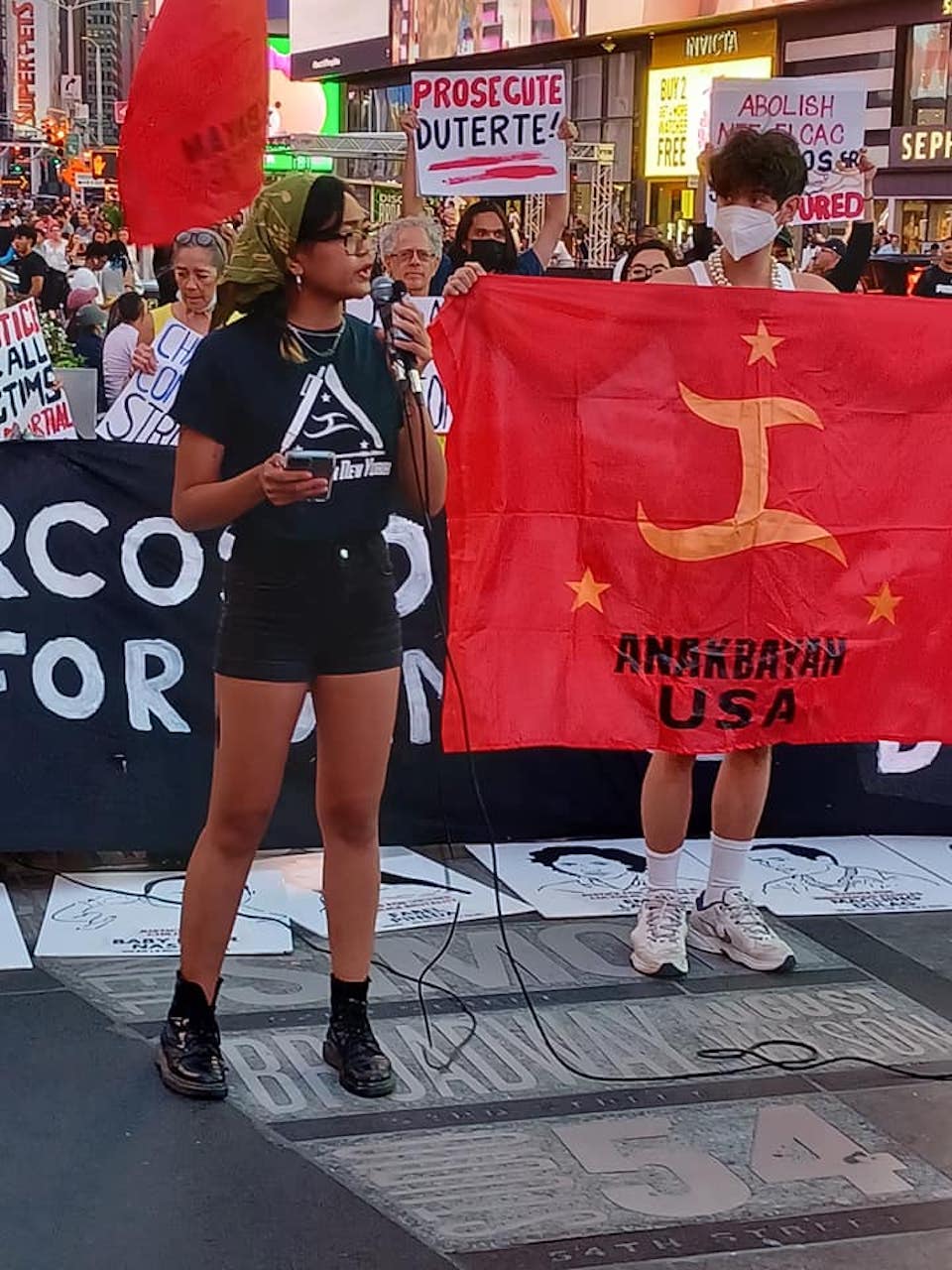 Fewer people attended the  event compared to around 6 previous inaugurations of former PH presidents I have witnessed. The scanty audience, as if hidden behind big portable toilets, as seen in posted pics, prompted netizens to ask, "Where are the 31 million?" Others similarly posted mocking questions and remarks. Another addressed the new chief as SD & VCM President. There is wide belief around the country that the election was rigged electronically, thus, making the "winners" in quotation marks as illegitimate.

At the same time Marcos Jr. was taking hIs oath, many Filipinos and non Filipinos in New York/New Jersey held a protest rally condemning the winning tandem for the supposed fake and rigged elections.

In its Manifesto, the Northeast Coalition to Advance Genuine Democracy in the Philippines called on the international community to condemn the inauguration and support the fight for genuine democracy in the PH.