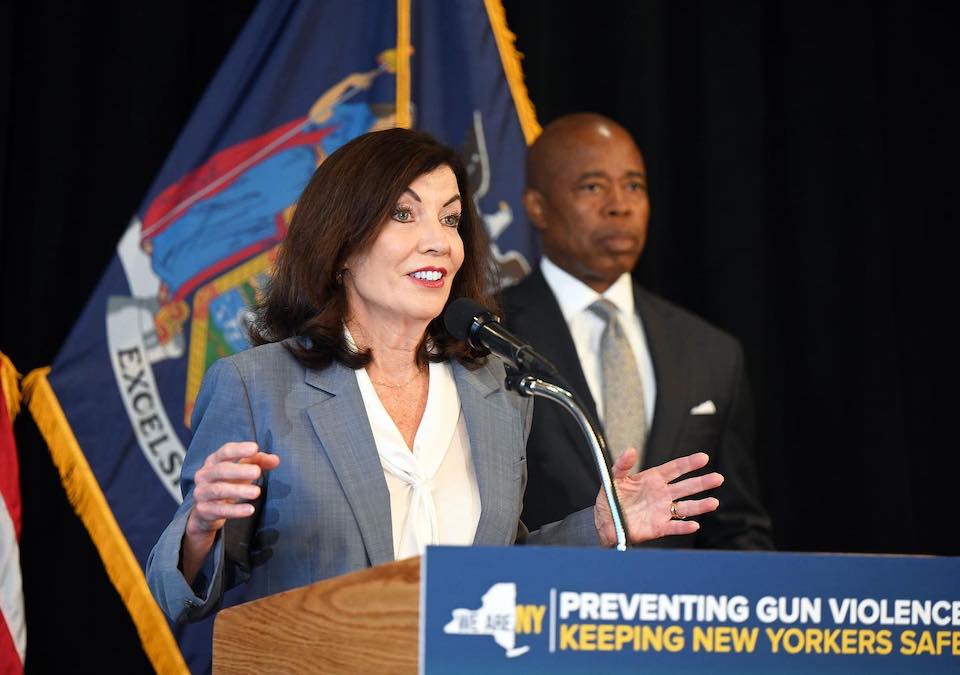 Governor Hochul: "We are now working across borders, getting guns out off the streets and keeping people safe because my philosophy is: I'd rather be in the crime prevention business than the crime solving business. And that's what this is all about. So, we connect the dots while they're still out there before something tragic happens."

Hochul: "One year ago today, I said that my number one responsibility was to protect the health and safety of all New Yorkers, and that is what I'm going to continue focusing on. We've seen too many lives destroyed by the ravages of gun violence inflicting trauma in too many communities from here and all across upstate. But given the scale of this crisis, we can only confront it in an effective way by working with partners who share our goals. "

Governor Kathy Hochul recently announced that police agencies have removed 6,007 illegal guns from communities across New York State during the first seven months of the year, a 20 percent increase when compared to the same timeframe in 2021. Joined by New York City Mayor Eric Adams and Director of the Bureau of Alcohol, Tobacco, Firearms and Explosives (ATF) Steven Dettelbach prior to a meeting of the Interstate Task Force on Illegal Guns, Governor Hochul updated New Yorkers about her administration's comprehensive efforts to stem the flow of illegal guns, reduce gun violence and save lives. ATF Director Dettelbach touted the Task Force as a national model for other regions in the country to follow.