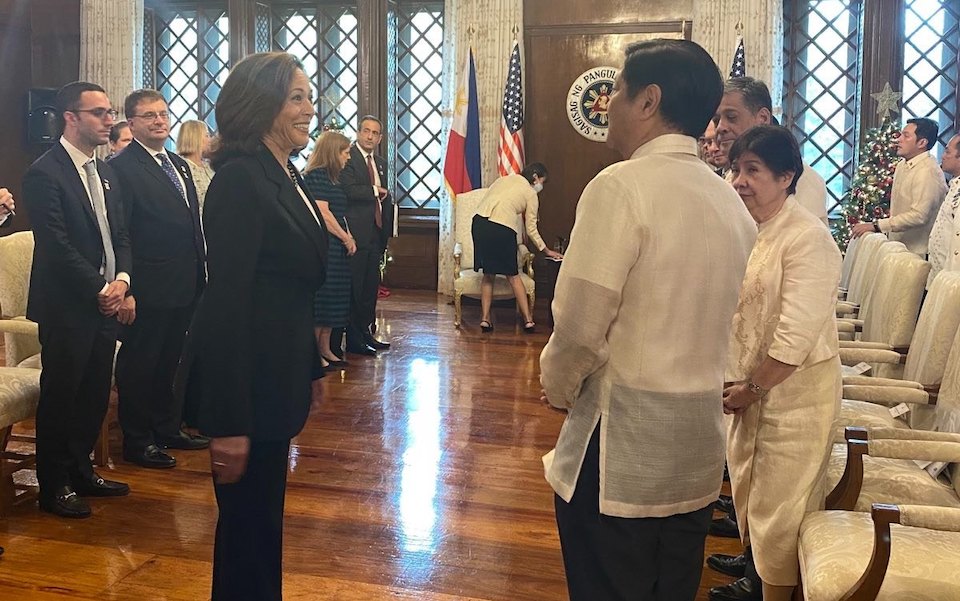 United States Vice President Kamala Harris reaffirmed American commitments to the defense of the Philippines during a meeting with President Ferdinand R. Marcos Jr. in Malacañang on Monday.

“We must reiterate always that we stand with you in defense of international rules and norms as it relates to the South China Sea. And armed attack on the Philippines, armed forces, public vessels or aircraft in the South China Sea would invoke US Mutual Defense commitments,” Harris said during a courtesy call to the President.

The US official said she expected to have a conversation with the President on issues of mutual concern such as the climate crisis, investments, renewable energy, job creation, as well as the two countries’ bilateral relationship.

President Marcos said he was delighted to welcome Harris to the Philippines, her first visit to the country, after a very brief conversation in Bangkok, Thailand, during their participation in the Asia-Pacific Economic Cooperation (APEC) Summit.

“The relationship between our two countries is something that we both — both our countries have really come to depend upon. And the more the upheavals that we are seeing, especially in the region, this partnership becomes even more important,” the President told the US official.

“The situation is rapidly changing. We must evolve to be properly responsive to that situation,” he added.

Also part of Harris’ three-day trip to the Philippines includes a stop in Palawan on the edge of the South China Sea, where she is expected to board a Philippine coast guard vessel.

Harris arrived in the Philippines on Sunday, the first visit in five years by a high-ranking US official since former President Donald Trump visited the country in 2017.

She was accompanied by her husband, Second Gentleman Doug Emhoff.