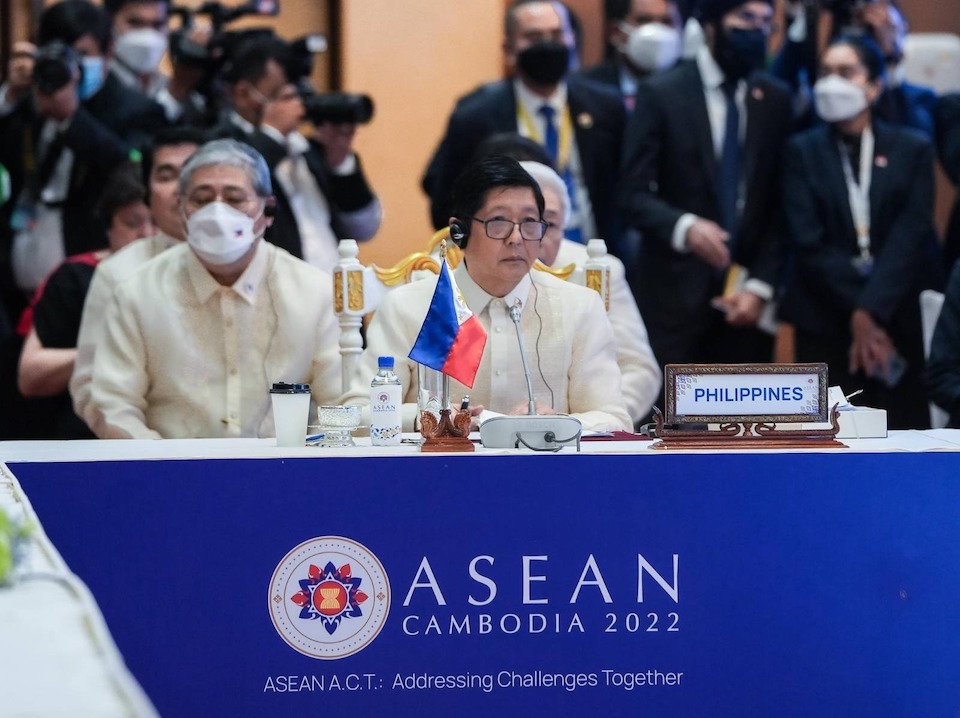 President Ferdinand R. Marcos Jr. on Saturday asked the United States to use its global clout to tame the rising fuel prices, which have already impacted on businesses and people’s livelihoods.

“We appeal as well to the United States to use its global influence to help ease the current global plight of rising fuel prices that we all have to deal with. We also encourage the US’ long-term support for the implementation of the ASEAN Plan of Action on Energy Cooperation,” President Marcos said in his intervention during the 10th ASEAN-US Summit in Phnom Penh.

The war between Russia and Ukraine caused oil prices to skyrocket due to fears of supply disruptions amid the imposition of Western sanctions targeting the Russian economy.

The war also threatens global food and fertilizer supply, which could affect the President’s thrust to revitalize the agriculture sector aimed at attaining food self-sufficiency.

Also, during his intervention, the President asked for US backing to fight climate change and to protect the environment.

“We also appeal for the US’ support for the work of the ASEAN Center for Biodiversity. The Center preserves ASEAN’s varied ecosystems and mainstreams biodiversity across relevant sectors. This is to increase resilience against climate change and its impacts and natural disasters,” Marcos said.

“Furthermore, its work is critical in mitigating emerging and re-emerging infectious zoonotic diseases and pandemics,” the chief executive added.