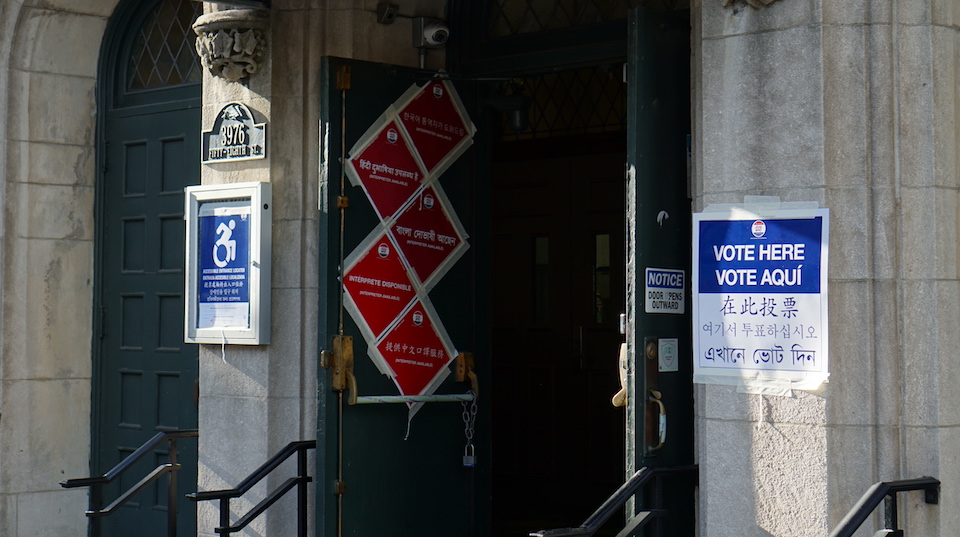 It's midterm elections in the US. Midterm because it is being held mid-way the term of the sitting president.

Stakes are high in Tuesday's voting. It will determine  which political party will con trol both Houses of Congress.

In  New Jersey, 51 candidates are vying for 12 congressional seats. Among the candidates are a son of Senator Bob Menendez and a son of former NJ Governor Thomas H. Kean. (Political dynasty in NJ?)

In New York, the fight for governor is quite tight between  sitting Democratic Governor Kathy Hochul and  Republican Rep.  Lee Zeldin, supporter of ex-pres. Donald Trump.

The political heavyweights of the Democratic Party were in NY Friday and Saturday and campaigned for Gov. Hochul. They were Pres.   Biden, former Pres. Clinton, Mrs. Hillary Clinton and  Vice Pres.Kamala Harris.

New York being anti-Trump,  Rep. Zeldin does not let the ex-president  campaign with him even if he is a staunch Trump follower.

It is unfortunate that the Trump camp of the Republican  Party referred to as MAGA, this early, is again spreading its  baseless fraudulent election conspiracy theory. It seems they are giving advanced defense mechanism in the event of defeat. In Philippine parlance, their style is "bulok." The same theories they spread in the last presidential elections when Mr. Trump was clearly and convincingly defeated.

These irresponsible theories give rise to doubts in the minds of some that there is threat to American democracy.  Like we wrote in an earlier column, we  believe democracy in America is strong and stable despite some nuances.

Candidates are debating policies. Americans express sensible opinions and observations. There are no trolls, Filipino style.

We predict the elections will be peaceful and on the whole, orderly.

The PH Department of Justice has formally charged nine suspects (some had confessed) in the murder of broadcast journalist Percy Lapid led by suspended Bureau of Corrections head Gerald Bantag. Bantag's former assistant in BuCor, who allegedly gave the order to the killers, was reported to be in hiding.

Let's see what happens next in this case.