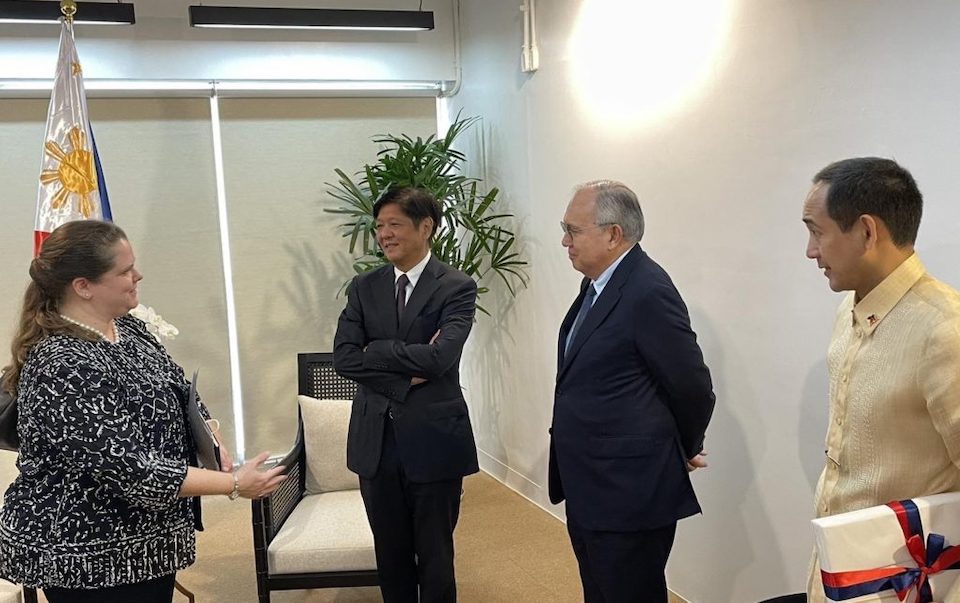 WASHINGTON, D.C. – President-elect of the Philippines Ferdinand “Bongbong” Marcos met with US Embassy in the Philippines Chargé d’Affaires (CDA) ad interim Heather Variava, who expressed her congratulations during a courtesy visit at the Marcos Headquarters in Mandaluyong City.

CDA Variava also reiterated the congratulatory message coming from US President Joe Biden for the overwhelming victory of president-elect Marcos in the May 2022 national elections, saying the United States is looking forward to working with the incoming administration and contribute to the economic recovery efforts of the Philippines. Also present during the meeting were Philippine Ambassador to the United States Jose Manuel Romualdez  and Marcos spokesperson and chief of staff Atty. Victor “Vic” Rodriguez – who has been nominated as the next Executive Secretary.