Opinion: Filipinos in US & Canada Protest Conduct of PH Election as Questionable & Anti-Democracy in a Manifesto | On My Watch By Manuel L. Caballero 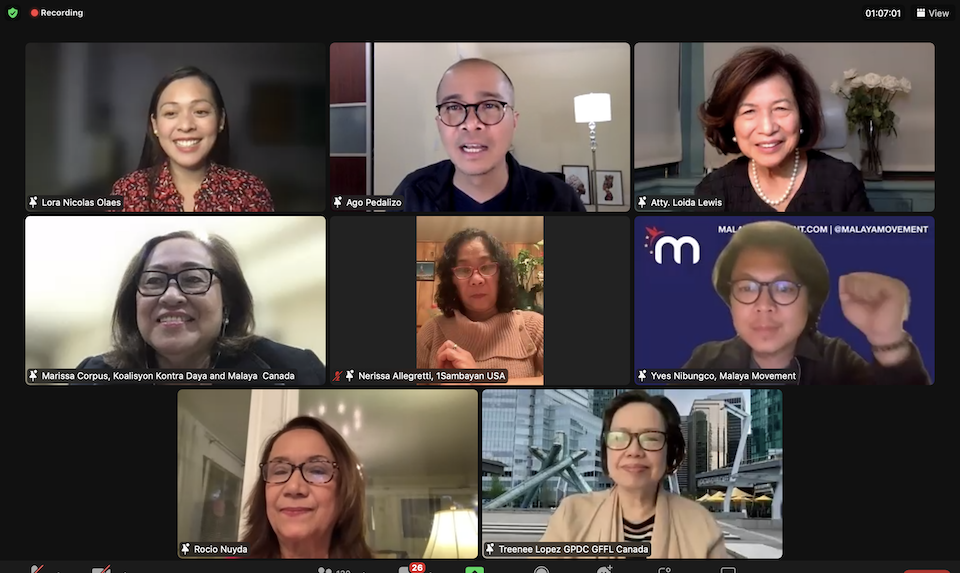 Despite her request for family time while in New York to attend the graduation of her youngest daughter, Filipino Americans who chance upon VP Leni,   welcome her and greet her warmly anywhere she goes in the city with her daughters, even in the subway.

How about the suspected cheating of the tabulation of votes in the May 9 elections?

Last night, Filipinos in North America adopted a Manifesto on the questionable conduct of the most recent elections in the  PH.

Some 150 people logged in the Zoom forum which discussed the questionable tabulation of the May 9 elections and  protested the virtual dictatorship in the PH. Various organizations of Filipinos in the US and Canada signed the Manifesto.

Atty. Loida Nicolas Lewis, Chair of US Filipinos For Good Governance, one of the Manifesto signatories read the group's six "Call to Action." Among them for the PH government to pursue the investigation of the legality of the sale of Malampaya to Duterte's close friend, Dennis Uy. Also, the call to immediately release Sen. Leila de Lima from prison.

The online conference lasted for over an hour and was liked/viewed or loved by 2,300 netizens.