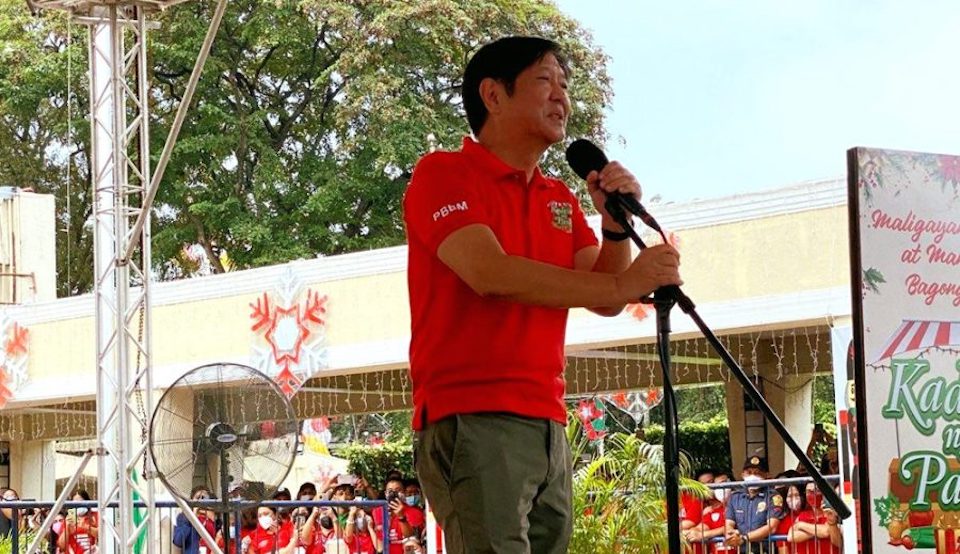 President Ferdinand R. Marcos Jr. on Thursday December 1, said the 1951 Mutual Defense Treaty of the Philippines with the United States is “continuously under negotiation and under evolution.”

The President made this remark in an interview with the press during his attendance at the Kadiwa ng Pasko project in Quezon City.

“Well, the Mutual Defense Treaty is continuously under negotiation and under evolution. I always call it it’s an evolution because things are changing,” said the President.

According to the chief executive, there have been “many requests and proposals” from the Americans, especially under the Enhanced Defense Cooperation Agreement (EDCA).

“So all of that is under study now to see what is really feasible and what will be the most useful for the defense of Philippine territory,” the President pointed out.

President Marcos said concerns on security and defense were among those tackled during his meeting with US Vice President Kamala Harris last week.

“Yes, we covered that and many more subjects. But essentially, on the security, ‘yun tinitingnan natin ‘yung kanilang pino-propose, ‘yung mga joint exercises, and EDCA, the use of our bases, all of these. We are in the middle of that,” said the President.

During her visit to the country, Vice President Harris said attacks made against Philippine forces in the South China Sea would invoke the US mutual defense promises.