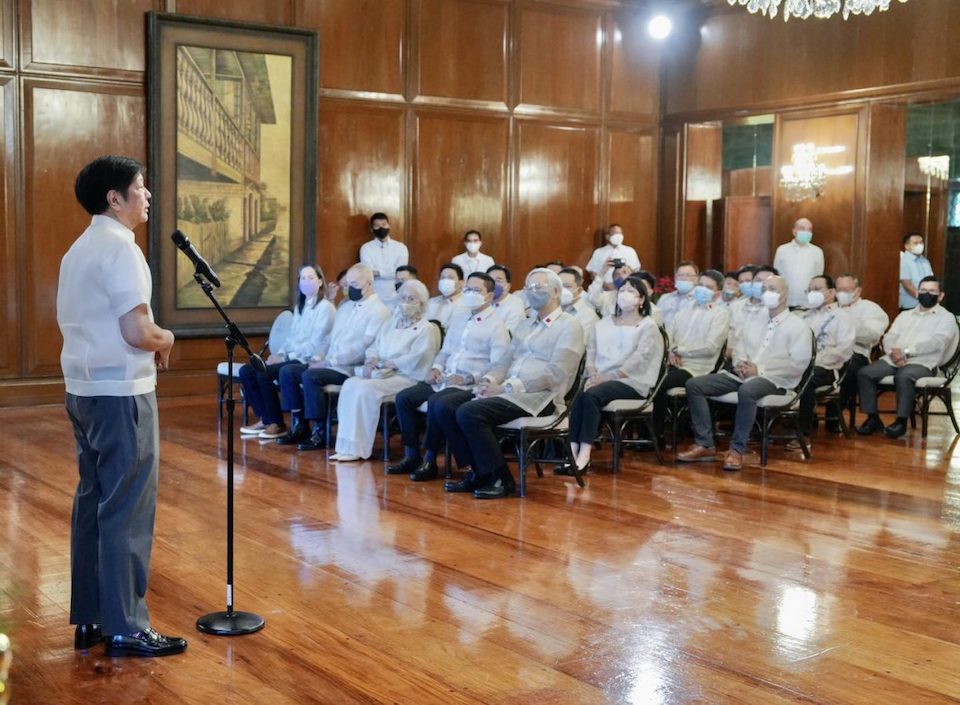 President Ferdinand R. Marcos Jr. on Friday December 3, highlighted the role of the media in national development by helping the government amplify its message that fosters unity.

Speaking during the courtesy call by officials of Radio Mindanao Network (RMN) in Malacañang, President Marcos said he has plans and ambitions for the country that can only be achieved if there’s a unified effort by all Filipinos.

The President recognized RMN for being a vibrant force within the local media community as he congratulated not only the Canoy family but also all the radio station officials for the good work that they have done.

“So the pledge of support and to bring our message to the people is an important one. It is something that those of us who are in government consider to be an integral part of whether or not we are successful or not,” the President said.

Sending the government’s message across, the President said, is the key to galvanizing the rest of the country’s citizenry, to work hand in hand with the state, private sector, small communities, the micro, small and medium enterprises (MSMEs) and all other sectors to attain development.

If that information is channeled to the public and the message is out there, then people will put their shoulder behind the wheel and work toward a collective goal, President Marcos said.

Expressing gratitude to RMN for its pledge of support, Marcos said, “Thank you very much for all the years that RMN has been there to clarify things, to make things more understandable for people, and for helping in the national drive to a stronger economy.”

The Makati-based RMN Network is one of the largest and leading radio networks in the country.