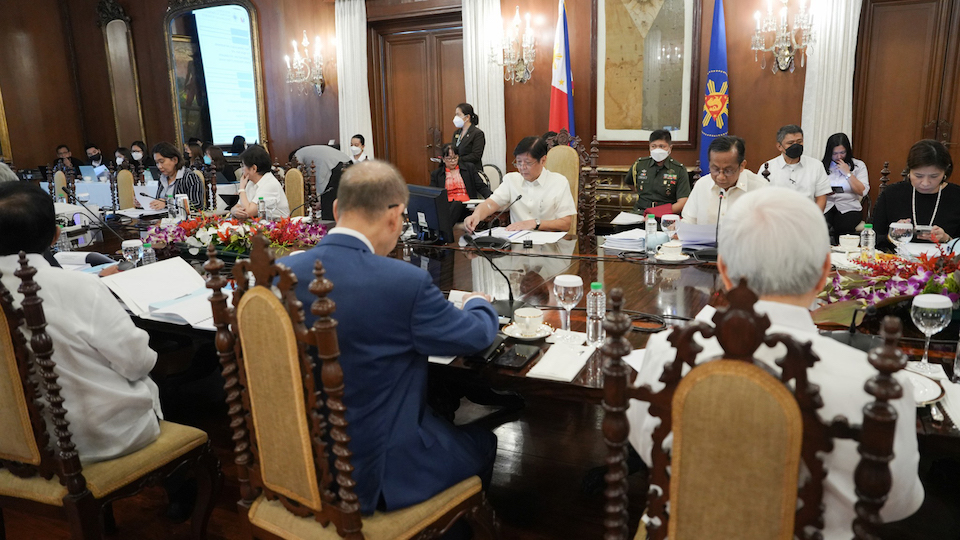 “Intergenerational benefits include increased access of future generations to income from investments, such as potential earnings from extracted natural resources such as in mining,” the joint statement said.

The economic managers stressed that in the near and medium term, a Sovereign Wealth Fund is seen to enhance the country’s fiscal space and reduce fiscal pressures as the fund “pursue public infrastructure projects, as well as reduce uncertainties in cases when fund resources are channeled to high-yielding financial undertakings.”

The establishment of a Sovereign Wealth Fund, according to the economic team, is a “tried and tested investment vehicle” that has been used by governments in both first world and developing countries to achieve their economic objectives.

The economic team, which called for the enactment of the bill creating the Maharlika Investments Corp., expressed confidence that with professionals managing the funds, “there will be efficient use and management of these investible public funds.”

“They will be able to ensure the availability of an alternative high-return investment platform, obtain the best absolute return for the funds, find additional sources of liquidity as the need arises and perform better risk management, given additional layers of checks and balances in the use of investible funds,” the economic managers said.

President Marcos’ economic team cited the model of the Indonesia Investment Authority, which it said has been a “successful model of a sovereign wealth fund” that was used to fund the country’s big-ticket infrastructure projects even during the COVID-19 pandemic.

Meanwhile, for Singapore, the economic managers said the investment gains from the Government of Singapore Investment Corporation (GIC), the central bank and state investor Temasek Holdings Pte have been the biggest contributors to the national budget since 2018.

“Without a doubt, the creation of the MWF will help us achieve our Agenda for Prosperity and the objectives for inclusive and sustainable economic growth we have outlined in our Medium Term Fiscal Framework, 8-Point Socioeconomic Agenda, and in the Philippine Development Plan 2023-2028,” the statement pointed out.

The economic managers thanked President Marcos for “recognizing the benefits of a Sovereign Wealth Fund,” which included both direct and intergenerational benefits.

The economic managers also thanked legislators for their “hard work and openness” in improving the bill and for their continued support in the passage of economic and fiscal reforms.

“Ultimately, this will redound to growth and help us achieve our economic transformation towards inclusivity and sustainability… Let us not delay economic progress. Let us not deprive our people of this opportunity for prosperity,” the statement said.