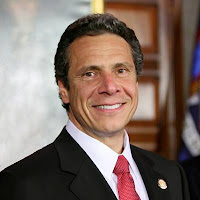 Governor Andrew M. Cuomo announced recently that more than 100 faith leaders in communities across the state have joined the “Fight for Fairness,” endorsing his proposal to enact 12 weeks of paid family leave and raise the minimum wage to $15 by 2021 in New York State. The announcement came as the governor visited the Greater Allen A.M.E. Cathedral of New York, the Christian Cultural Center, and the Abyssinian Baptist Church in Harlem. Together, these proposals would lift millions of working families out of poverty and bring economic justice to New Yorkers statewide.

“This is about fundamental fairness and restoring the promise of hope, opportunity and mobility in the Empire State,” Governor Cuomo said. “It used to be that if you worked full time you could support your family and step away from your job to take care of your loved ones – but that has changed, and it’s not fair and it’s not right. It’s time we lift up the working families of this state and bring decency, dignity and respect back to all New Yorkers. We must pass paid family leave and raise the minimum wage to $15 to ensure every working man and woman has a fair shot at the American Dream.”

Federal law currently provides only for unpaid family leave, and creates a dilemma for those caught between the need to care for a sick relative or newborn and the pressure to return to work and earn money. Moreover, federal unpaid family leave only covers approximately 60 percent of all workers. Furthermore, 88 percent of American workers do not have access to paid family leave – including those who need it most, such as those living paycheck to paycheck.

The Governor’s twelve week proposed paid leave program will be the most robust program in the nation, because it provides double the length of paid leave than provided by any other State program, as well as a high benefit amount. Specifically, after a short ramp-up period, workers will be entitled to 67 percent of their average weekly wage, with a maximum of 67 percent of the State’s average weekly wage, which is estimated to be in excess of $1,000 per week by 2021. This program will ensure that workers will be able to afford to take vital bonding time with their newborns and provide care to sick relatives.

Paid family leave helps women, minorities, and low-income workers. For families living paycheck to paycheck, taking extended periods of unpaid leave is often unfeasible. Statewide, more than 39 percent of single mothers with at least one child under the age of 18 lived below the poverty line. Additionally, women and minorities are each overrepresented in both state and national poverty rates.

It is well established that paid family leave leads to healthier babies. An expansion of family leave has been found to increase birth weight, decrease premature birth, and lead to a substantial decrease in infant mortality. This is particularly important to reducing racial and ethnic disparities. In 2012, the mortality rate for white infants was just 3.7 for every thousand live births – but it was 5.27 for Hispanic infants and 8.96 for black infants.

California’s paid family leave program more than doubled the overall use of maternity leave – increasing it from around three to six or seven weeks for the typical new mother. The program significantly reduced disparities in who could take advantage of family leave, leading to an increase (in leave taking) of threefold for non-college educated mothers, fivefold for single mothers, and sevenfold for racial minorities.

Paid family leave helps reduce demands on public assistance. Loss of income for New Yorkers who have to care for a sick family member or a new baby can lead to serious hardship, which can lead to increased demand for state support, funded by taxpayers. Enacting paid family funded by employee payroll deductions is smart policy because it can help more working families make ends meet without public assistance.

Paid family leave strengthens the economy. Increasing access to paid family leave will result in a stronger economy and workforce. When working parents or caregivers are able to remain in the workforce while tending to children or sick loved ones, they are also more likely to continue progressing in their careers and increasing their wages over time. This in turn yields greater support for their families, greater economy activity in their communities, and a more vibrant workforce overall. Additionally, paid family leave helps address the gaps in opportunity faced by low-income, minority and less educated workers.

Paid family leave has widespread public support. In a recent poll conducted by the Roosevelt Institute, the vast majority – 83 percent – of respondents supported paid family leave. That support crossed party lines, with 96 percent of Democrats, 85 percent of Independents and 67 percent of Republicans voicing support. Additionally, in a business survey after California’s paid family leave policy had been in effect for five years, 91 percent of employers reported the effect of the policy was either not noticeable or positive.

Raising the Statewide Minimum Wage to $15

Raising the minimum wage will provide vitally important benefits to the state’s economy, ensuring opportunity for millions of New Yorkers and creating jobs. Higher wages for low-income workers will generate new economic growth and activity, while increasing spending power and reinvesting more money back into the local economy. A report detailing the impact of this proposal for workers and their families is available here.

The economic benefits of increasing the minimum wage outweigh the costs. But to provide businesses with the opportunity to plan, and in order to be sensitive to the relative abilities of different regional economies to absorb the change, the proposal phases-in the increase in New York’s minimum wage in New York City and more gradually in the rest of the state, on the following schedule:

In December 2015, Governor Cuomo announced that New York State would lead by example by raising the minimum wage for state workers to $15 an hour. Several cities have announced they are joining the Governor in enacting a $15 public sector minimum wage, including the City of Buffalo and the City of Rochester.

Governor Cuomo has also lead the fight for fair pay by raising the minimum wage for tipped workers and increased the minimum wage to $15 for all fast food workers. These employees will see their wages increase to $9.75 this year, and ultimately reach $15 hour on December 31, 2018 in New York City, and July 1, 2021 statewide.

In March 2013, the Governor set in motion a statewide minimum wage increase that raised wages to $9 per hour.

Visit www.ny.gov/Fightfor15 or www.ny.gov/paidfamilyleave to Learn More
Posted by News Desk at 23:06