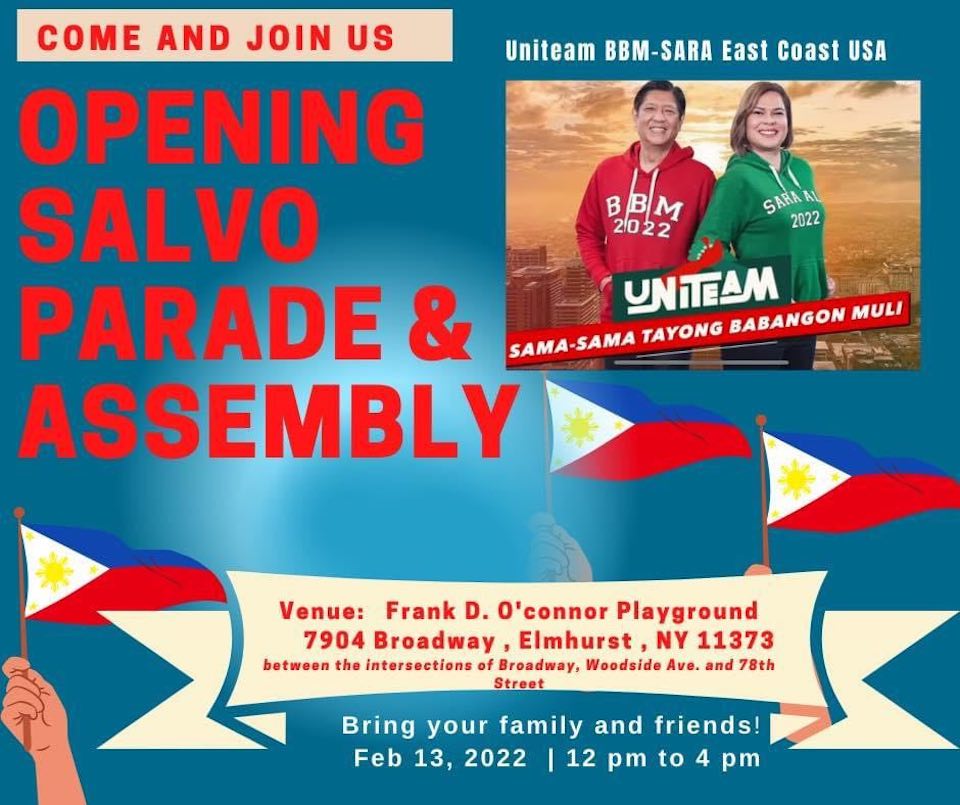 All participants will assemble at Frank D. O’Connor Playground at 7901 Broadway, Elmhurst, New York. A Diamond caravan Parade will start from the playground and  proceed to Woodside Ave, then turn right at  61st Street, then turn right at Roosevelt Ave, then make a final right turn at Broadway moving back to Frank D. O’Connor Playground, which will be the venue of the assembly. The New York Police Department (NYPD) will escort us during the caravan.

We encourage all of you, fellow Filipinos to come and participate in this event so that we will fully understand Bongbong Marcos' statement  why he is running for President  : " It's not about politics, It's about the country. It's about the national interest...TO MAKE THE PHILIPPINES A BETTER PLACE; to make the lives of Filipinos better."