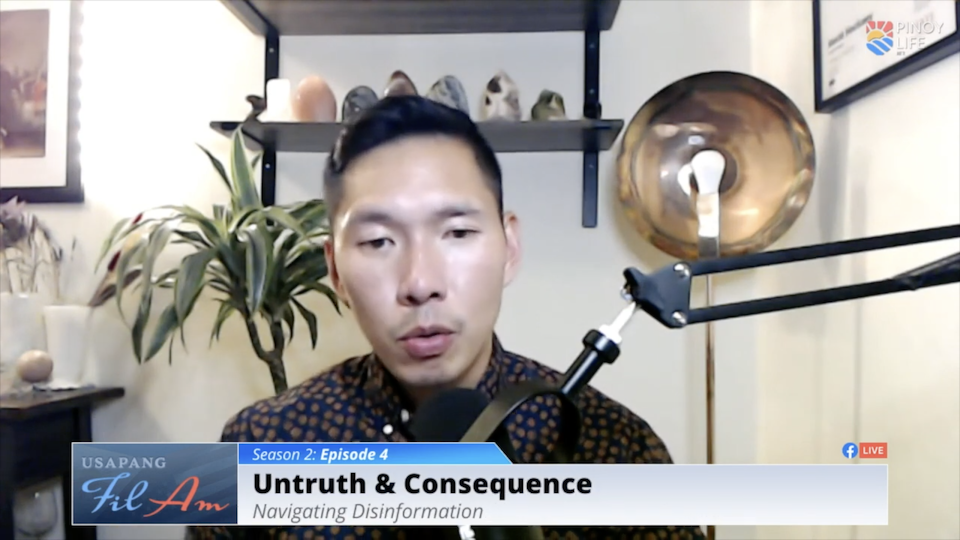 AMHERST, Mass. – Jonathan Corpus Ong, associate professor of global digital media in the department of communication at the University of Massachusetts Amherst, who also studies social media and disinformation economies,has been named a 2022 Andrew Carnegie Fellow by Carnegie Corporation of New York.

Ong is one of 28 scholars, journalists and authors awarded with $200,000 stipends in recognition of their efforts to address important and enduring issues confronting our society. The stipends, totaling $5.6 million in philanthropic support this year by the Corporation, makes it possible for fellows including Ong to devote their time to significant research and writing in the social sciences and humanities.

Ong’s stipend will support his project, “The Human Costs of Disinformation,” which will explore precarious work conditions and digital harms experienced by pro-democracy civil society frontliners in global context. His project aims to advance his advocacy for worker justice and wellness in the disinformation mitigation space.

Ong says, "I am deeply honored representing UMass and receiving this award. This is a recognition that we need more engaged ethnographic work that can interrupt dominant paradigms about how we think about social media and democracy. We need more stories about the creativity and courage of digital activists, organizers, and 'healers' just as we need to understand root causes of exploitation and deception in digital economies."


In his previous disinformation studies research, Jonathan has uncovered the inner workings of troll farms and disinformation-for-hire operations in Southeast Asia, with a particular focus on the Philippines. His policy engagement has influenced campaign finance reform in Philippine elections and social media platforms’ content policy about inter-Asian racist speech.

An engaged researcher, Ong has a long record of working closely with humanitarian and human rights organizations, and his humanitarian research has shaped policy debates about humanitarian accountability and localizing aid at the 2016 World Humanitarian Summit.

Since 2020, Ong has also served as a Research Fellow at Harvard University’s Shorenstein Center for the Technology and Social Change Project. He has published dozens of journal articles in the areas of global media ethics, digital politics and the anthropology of humanitarianism, and is author of the book “The Poverty of Television: The Mediation of Suffering in Class-Divided Philippines” and co-editor of the book “Taking the Square: Mediated Dissent and Occupations of Public Space.”

Ong is only the second UMass Amherst faculty member to be named a Carnegie Fellow, following Distinguished Professor of Economics Léonce Ndikumana, who was awarded the distinction in 2021.

The Andrew Carnegie Fellows Program, founded in 2015, involves a competitive nomination and selection process. It is the most generous stipend of its kind, and to date, the program has named 244 fellows, representing a philanthropic investment of $48.8 million. This year’s research proposals focus on U.S. democracy, the environment, polarization and inequality, technological and cultural evolution, and international relations, among other subjects. Selection criteria prioritize the originality and promise of the research, its potential impact on the field, and the scholar’s plans for communicating the findings to a broad audience.

“In recent years, as we have looked to respond to our world’s most complex problems, the Carnegie Fellows have provided important contributions through their exceptional research, pursuit of knowledge and creative approaches,” said John J. DeGioia, chair of the Andrew Carnegie Fellows Program jury and president of Georgetown University. “Our panel of jurors were gratified and inspired by the caliber of the research proposals. We believe that this year’s fellows show extraordinary potential for lasting impact.”

“The winning proposals represent a wealth of knowledge and expertise, reinforcing our conviction that the humanities and social sciences are essential tools in helping to foster a deeper understanding of the world around us,” said Louise Richardson, vice-chancellor of the University of Oxford, president-elect of Carnegie Corporation of New York, and a member of the jury panel. “We were especially impressed with the breadth of approaches to issues such as climate change, political polarization, migrant populations, and racism, as well as the variety of research locations and historical timeframes, including a project based in the Arctic and one that starts with the origins of humankind. The Andrew Carnegie Fellows are setting a scholarly standard for excellence, and we are delighted to support their endeavors.”

Carnegie Corporation of New York was established by Andrew Carnegie in 1911 to promote the advancement and diffusion of knowledge and understanding. In keeping with this mandate, the Corporation’s work focuses on the issues that Carnegie considered of paramount importance, including education, international peace and a strong democracy.

The full list of 2022 Andrew Carnegie Fellows and information about their projects can be found on the Carnegie Corporation website.