Opinion: The Oscars, The Peacock Team, The Leni-Kiko Tandem | By Manuel L. Caballero 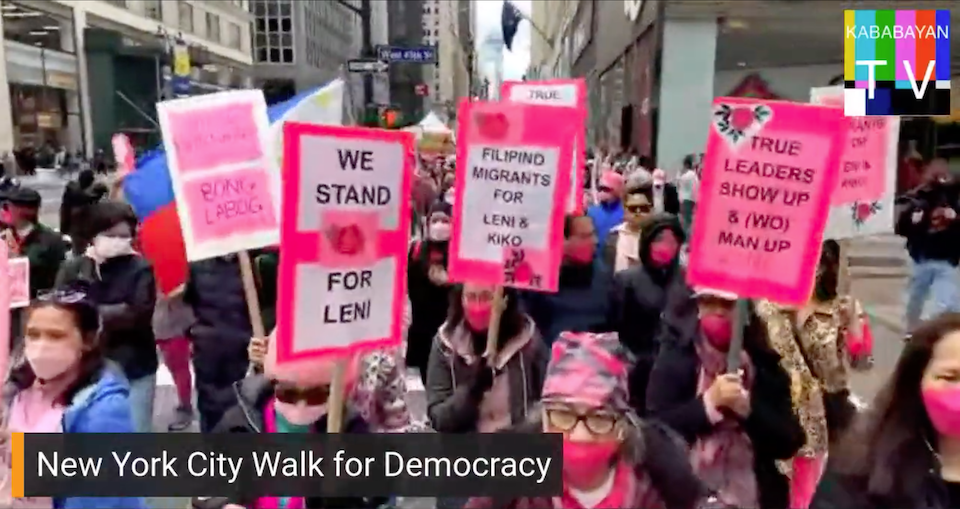 THE OSCARS, THE PEACOCK TEAM, THE LENI-KIKO TANDEM

To us, the most interesting part of last night's Oscars, among others,  was the way (did not know this before last night) deaf people are applauded by an audience with both hands waving instead of clapping (see pics below).

Most disgusting, to me, was when Will Smith walked to the stage and slapped comedian  and presentor Chris Rock after the latter's joke about Smith's wife. Couldn't believe at first. I thought it was merely acting part until expletives were thrown. More disgusting, to me, was Smith's talk about love and loving fellow humans after hitting Rock.

(After posting this, Smith reportedly apologized to  Chris Rock and to the public via the Internet 24 hours after the slapping incident).

PEACOCK is St. Peter's University (SPU) male college basketball team. SPU is a small university in Jersey City which became popular over night when its basketball team reached the pre-championship stage. It lost to a South Carolina team before it reached the last round. Despite that, its fans, including the City Mayor are preparing to honor the team Friday with a parade because it placed SPU in the map. A good number of Filipino Americans attend the school. It maybe recalled that a former PH president was once honored with an honorary degree by the Jesuit-run university.

On PH politics, the Leni-Kiko tandem continues to shine both inside and outside the country. Pink rallies were held during the weekend in New York City, Tokyo, Los Angeles, Hawaii and Dubai. The New York Rally, according to my friend Hector Fonacier , who organized an earlier similar rally in NJ, was attended by VP Leni's daughter Jillian, Sen. Kiko's daughter Frankie and Fil Am NY businesswoman Loida Nicolas Lewis , a staunch Leni-Kiko supporter. Hundreds of young Filipinos were at the rally despite the unusually cold spring weather. Singer Gary Valenciano graced the LA Pink Caravan & rally by Fil Ams.

Filipino OFWs and native residents organized and attended the rallies in Japan, Hawaii and Dubai.

My CFC brother Ex Funtera  of Illinois shared a lengthy endorsement of VP Leni by the retired SGV (the accounting firm) partners. I pulled out the final paragraph of the endorsement for sharing here.

Last week, while Pres. BIDEN was delivering his powerful speech in Warsaw where he  condemned leaders who are enemies of freedom and democracy like Russia's Putin, my mind was in the Philippines.

I was thinking of Filipino "leaders," who, in their daily grind, are destroying democracy by paying people to attend campaign rallies and worse, those who plan to buy votes of the vulnerable poor; those who would go to the extreme by revising the country's unpleasant history with aim to deceive; those who manufacture lies to win votes.

Biggest destroyer of PH democracy is a leader who thinks and acts that he is above the law by ordering extrajudicial killings and by tagging critics and activists as "terrorists and communists," then, jail or kill them.

The Gospel last Sunday was about the often-cited prodigal son in the Bible. It is in a parable of Jesus (Luke 15:11–32) about a wayward son who squanders his inheritance but returns home to find that his father forgives him.

In my reading, there can be an analogy here with Marcos Jr. when Jr. attended Oxford in London and Wharton in Pennsylvania and squandered both time and money of his parents which, in all likelihood, were not probably theirs, but allegedly stolen people's monies.

Jr. apparently spent his time partying instead of studying. So, he did not bring home a degree. But, he was welcomed home by his father with open arms. Perhaps, the Daddy knew it was easy to order diplomas in Recto. They could just claim he graduated like they have done until he was exposed last year by respected investigative journalists in Manila when he started to campaign for president.

Unlike the prodigal son who was lost but found in the end, Marcos Jr. seems to be lost until now.