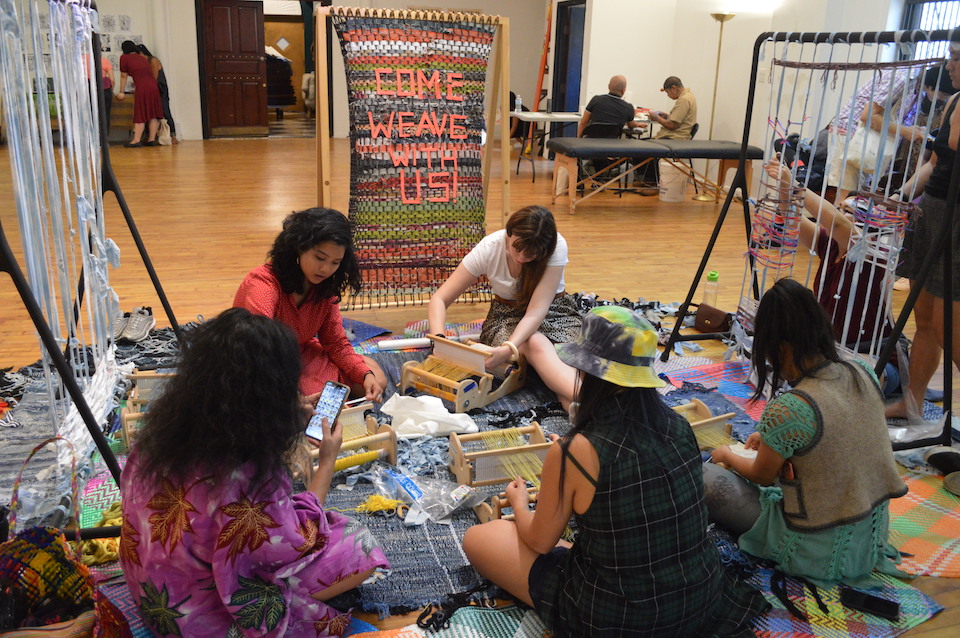 Woodside, New York -- On Sat, Sept. 28th to Sat, Oct. 5, Anakbayan New York (ABNY) and the National Alliance for Filipino Concerns (NAFCON) presented Linggo Ng Samahan (Week of Community)! All these events were hosted at the Living Artist Gallery Space and located off the 61st St-Woodside 7-Train Station. This was an opportunity and collective effort to engage local community members of Queens, NY on various issues such as immigration, displacement, and education through creative approaches such as a community mural, cultural workshops, film screenings, and cooking classes.


“Through the art exhibition and facilitated discussion, we emphasized that local issues of the community are not single, isolated issues, but a struggle that's interconnected locally and internationally on a global scale from the Philippines, to India, to Central America, and to other countries,” said EL - Vice Chairperson of Anakbayan New York and local creative artist. Under the guidance of ABNY, this year’s exhibition titled “Talambuhay”, which is a Tagalog / Filipino word often used to describe a person’s migration story and/or political progress. The theme of the exhibition was “immigration & the local diaspora,” with community members and (Filipino) youth submitting photographs, prints, sketches, and mixed-media art. 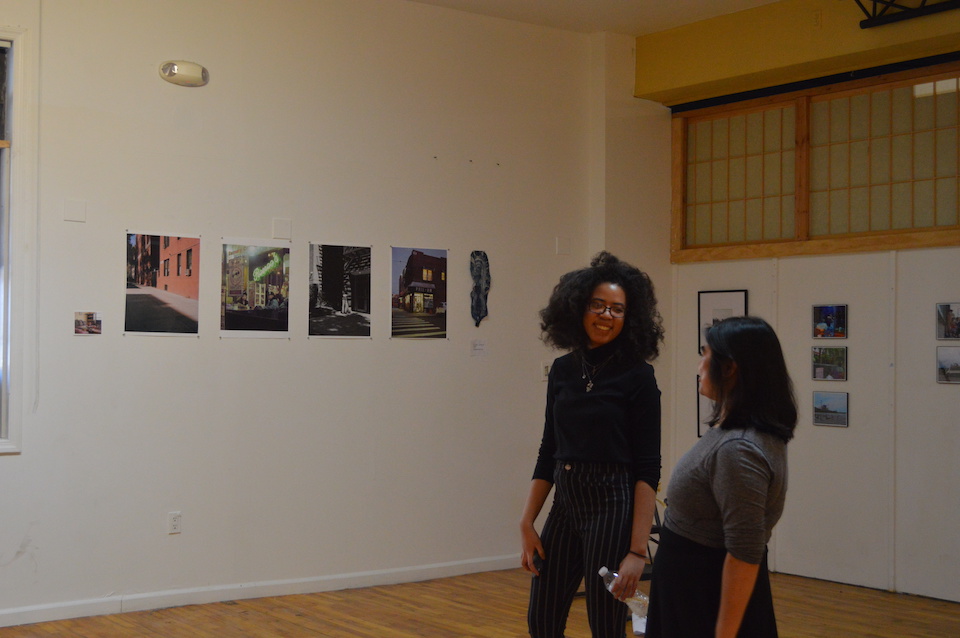 “It was very agitating and inspiring to display my works alongside other art by [Filipino] artists of the diaspora and revolutionary banners by Bayan organizations. My photographs and cyanotypes depict Woodside and Jackson Heights, and it was especially meaningful to be able to showcase this series in the community I grew up in, and reflect on how the migration roots of my family are tied to the causes that Anakbayan fights for here in New York as well as the Philippines,” said Diane Songco, member of Anakbayan New York and local creative artist.

Similar to last year’s art show, this year donations were raised to help fundraise for ABNY’s Summer Exposure trips––a three-week program that immerses Anakbayan members in the National Democratic organizing in the Philippines, as well as understand and see first hand the issues our kababayans are facing.

The highlight of the art show was the Community Mural and weaving and looming workshop led by Cynthia Alberto from Weaving Hand. This was an opportunity to engage in a community mural that employed Cynthia’s principles of Zero Waste Weaving. And through the community mural, community members were able to relax, work collaoratively, and engage in important conversations about taking care of the environment, sharing migration stories, and the various experiences of locals living in NYC.
Other notable contributions included “The American Portal” by Lisa Moore depicting how immigrants deal with balancing assimilation and preserving their culture. Cecilia Lim’s “Tandaan Ang Ating Ugnayan / Remember Y(our) Connection” that aims to: empower Filipinos living in NYC to take a leadership role in resolving the climate crisis, building on the momentum of successful community-led efforts both in the US, the Philippines, and internationally. Pierre Botardo, owner of Barkada Tattoo Studio NYC, held sessions for Filipino inspired flash tattoos. Trishia Frulla’s pieces from their Desire (& Resistance) series that explores femininity, sexuality and freedom. Christian Seno’s black and white photographs. The exhibition was concluded by a DJ performance by DJ Milkyshake. 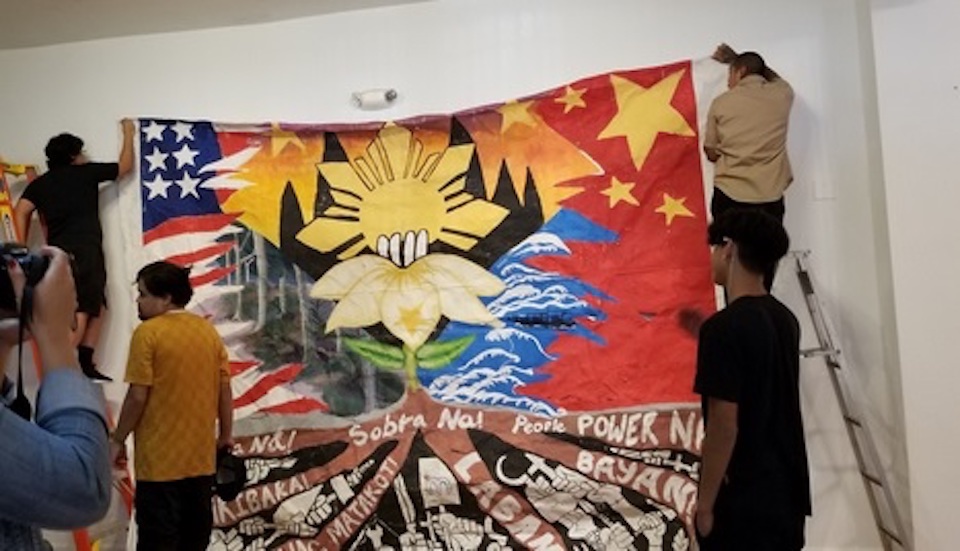 Anakbayan New York thanked the Citizens Committee for the New York City for the Neighborhood Grant Award. Linggo Ng Samahan/Week of Community was hosted thanks to the Living Artist Gallery located at 38-02 61st St Woodside, NY 11377.
About Anakbayan New York: ABNY is a community-based grassroots organization that fights for the rights and welfare of the Filipino youth and community in New York City. We educate, organize and mobilize with the aim of building unity among Filipino youth striving for genuine freedom and democracy and the advancement of rights, welfare, and social justice.