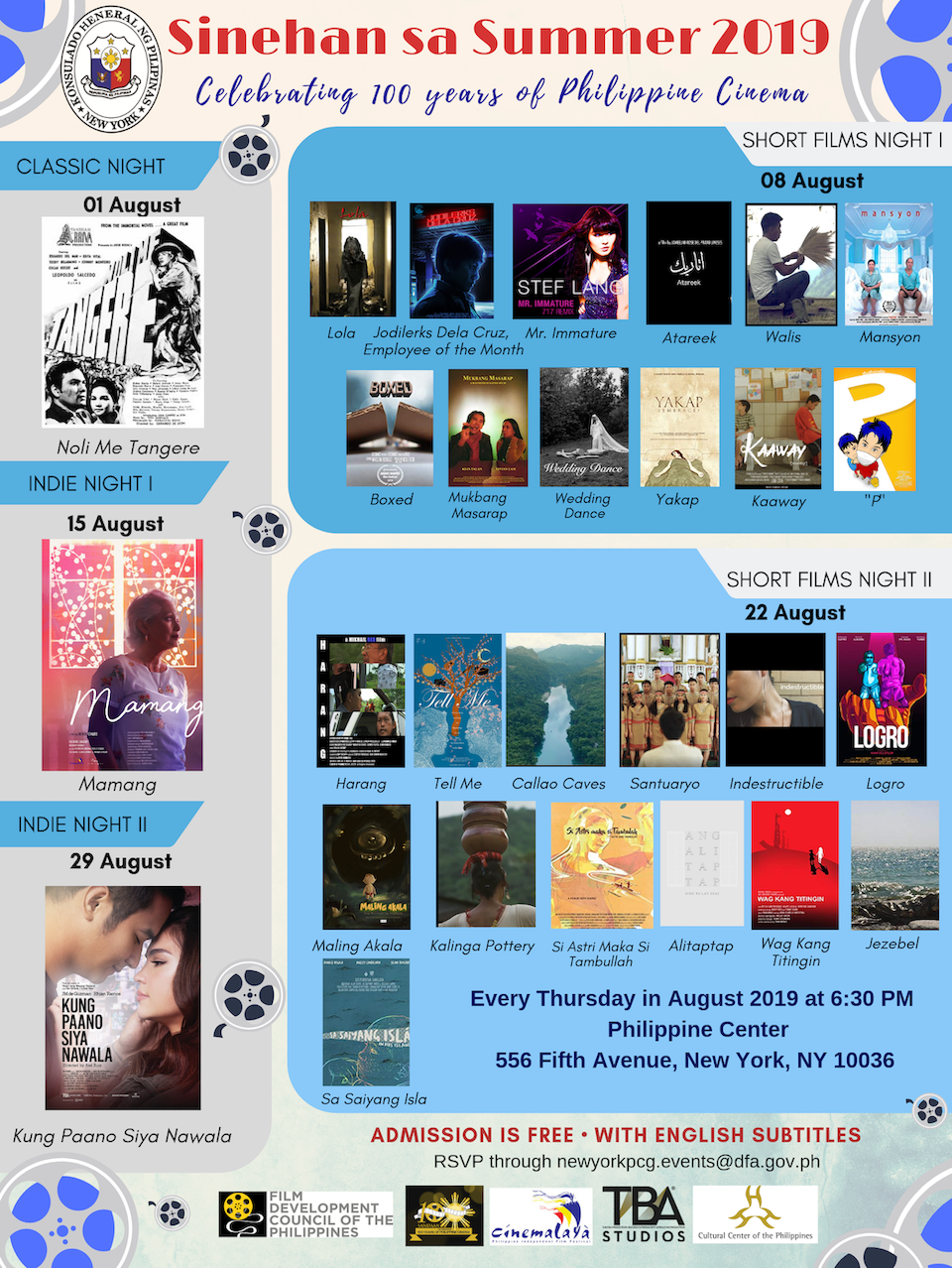 New York - 'Sinehan sa Summer 2019' proudly celebrates 100 years of Philippine cinema with the showing of well-curated and critically acclaimed Filipino films with English subtitles in three categories: Classic, Indie, and Short films. Talk back opportunities with directors, producers, and actors will be held for some of the films.

Sinehan sa Summer 2019 screens every Thursday in August at 6:30 PM and begins on August 1 at the Philippine Center on 556 Fifth Avenue in Manhattan. 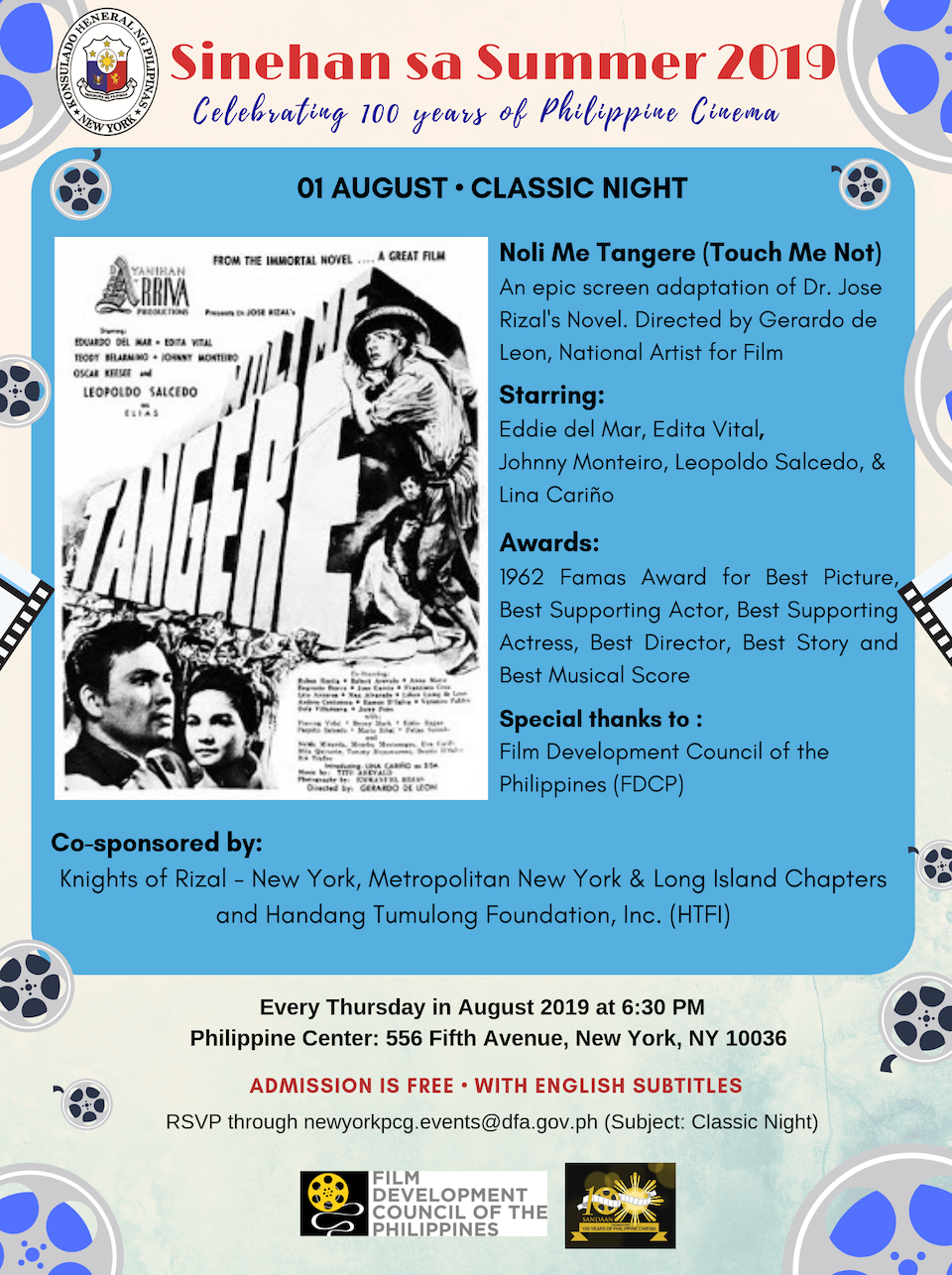 This year's Classic Night is co-sponsored by Handang Tumulong Foundation, Inc. (HTFI) and the Knights of Rizal- New York, Metropolitan New York, and Long Island Chapters. Special thanks to the Film Development Council of the Philippines.

The Sinehan sa Summer is an annual flagship project of the Philippine Consulate General in New York.

Admission is free but email registration is necessary (newyorkpcg.events@dfa.gov.ph).