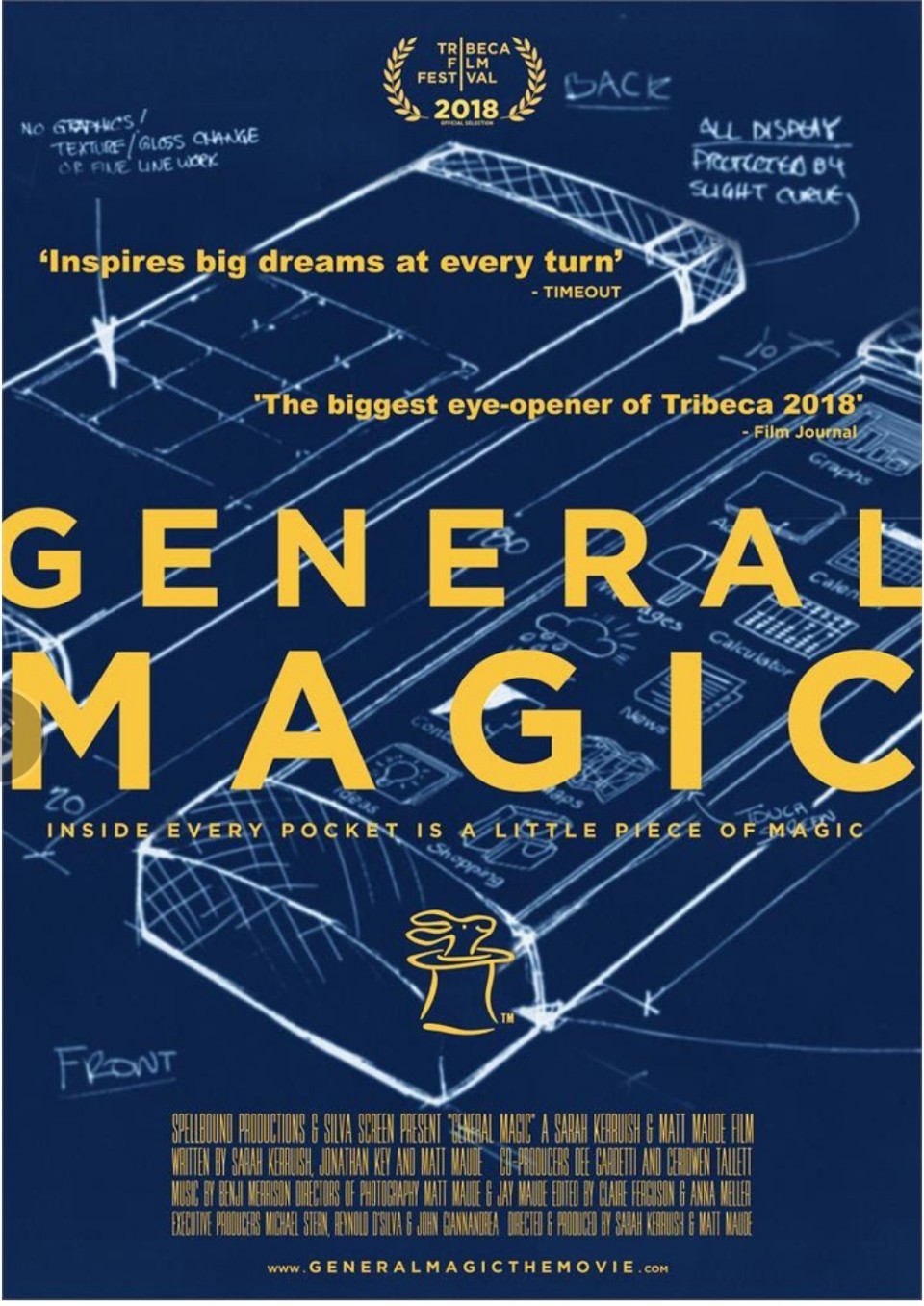 This incredibly insightful and entertaining film, from directors Matt Maude and Sarah Kerruish, looks at the rise and fall of the most influential Silicon Valley company you have never heard of called General Magic.

The film premiered at the 2018 Tribeca Film Festival and has gone on to play numerous film festivals across the globe.

In the early 1990’s, a team of former Apple employees formed their own company and took Silicon Valley by storm with their new project - the first handheld, wireless personal computer - the first smartphone. The company and the product were so ahead of their time, that it ultimately failed, and the company closed down. However, General Magic’s former employees have since gone on to create eBay, Linkedin, and Android, to developing the technology that has lead to the iPhone, iPad, iPod and everything that we all use today in our daily lives.

These "magicians" have become the tech innovators that now lead companies like Samsung, Apple and Facebook. GENERAL MAGIC, the film tells the story of how great vision, grave betrayal and an epic failure changed the world forever.  What was once thought of as an embarrassment is now embraced as amazing.

GENERAL MAGIC shows how this team created a lasting impact on the world around us.

GENERAL MAGIC is the story of one of history’s most talented technology teams. From the first smartphones to touchscreens, e-commerce, eBay to emoticons, the ideas that now dominate the tech industry and our day-to-day lives were born at General Magic, a 1989 Silicon Valley startup that you've never heard of. The award-winning documentary is a tale of how a great vision, grave betrayal and an epic failure changed the world.

Find out how the first smartphone wasn’t Apple’s… Featuring members of the original 1984 Macintosh team alongside the creators of the iPhone, Android and eBay, these designers, engineers and entrepreneurs saw the future decades before it happened. The film captures the spirit of those of us who dare to dream big and the life-changing consequences when we fail, fail again, fail better, and ultimately succeed.