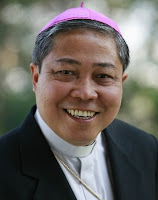 New York - The Permanent Observer Mission of the Holy See to the UN, gave an intervention during the United Nations Security Council Open Debate on “Non-proliferation of weapons of mass destruction.”

In its statement, the Holy See reiterated its opposition to the production and use of weapons of mass destruction and called the international community to uphold and implement existing treaties and conventions, as well as review current definitions and classifications of what constitutes as a weapon of mass destruction, since technological advances have increased the power of conventional weapons used to perpetuate crimes against humanity. The Holy See also called for weapon-producing nations to limit and control the sale of weapons to unstable countries where they are susceptible to being used illegally.
The statement can be found here.
Posted by News Desk at 14:48