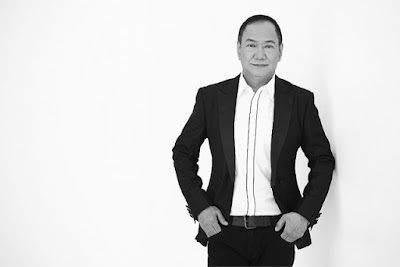 New York — In the golden years of Original Pilipino Music (OPM), during the '70s and early '80s, the singer behind the hit songs was king, and so was balladeer Basil Valdez, one of the most enduring music icons from the Philippines.

“I enjoy what I do and I continue to be challenged by it.  Watching the audience sing along with me invigorates me and makes me happy,” said Valdez, whose endearing songs such as “Ngayon at Kailanman,” “Kastilyong Buhangin,” and “Sana ay Ikaw na Nga” were sung in an unparalleled style that evoked old-school soul, coupled with deep-rooted emotions.

Valdez began his singing career by performing folk songs until he became one of the vocalists of the defunct Circus Band, one of the legendary show bands that dominated the Philippine entertainment scene in the '70s.

While preparing for the tracks of his first solo album, “Ngayon at Kailanman,” he asked composer Ryan Cayabyab, who became his musical director for nearly three decades, to help him write a few songs. They've been working together since, which brought to fruition the classic pop songs “Tuwing Umuulan at Kapiling Ka,” “Sometime, Somewhere,” and “Nais Ko,” among others.

When the '80s rolled in, Valdez became even more popular because of this interpretation of Philippine movie theme songs, mostly penned by composer George Canseco, such as “Paano Ba Ang Mangarap,” “Muling Buksan Ang Puso,” and “Kastilyong Buhangin,” among others.

He has dazzled international audiences at the Cow Palace in Daly City, Shrine Auditorium in Los Angeles, and Carnegie Hall in New York City. He's also the voice behind famous inspirational songs “Lead Me Lord,” “Lift Up Your Hands,” and “Hindi Kita Malilimutan.”