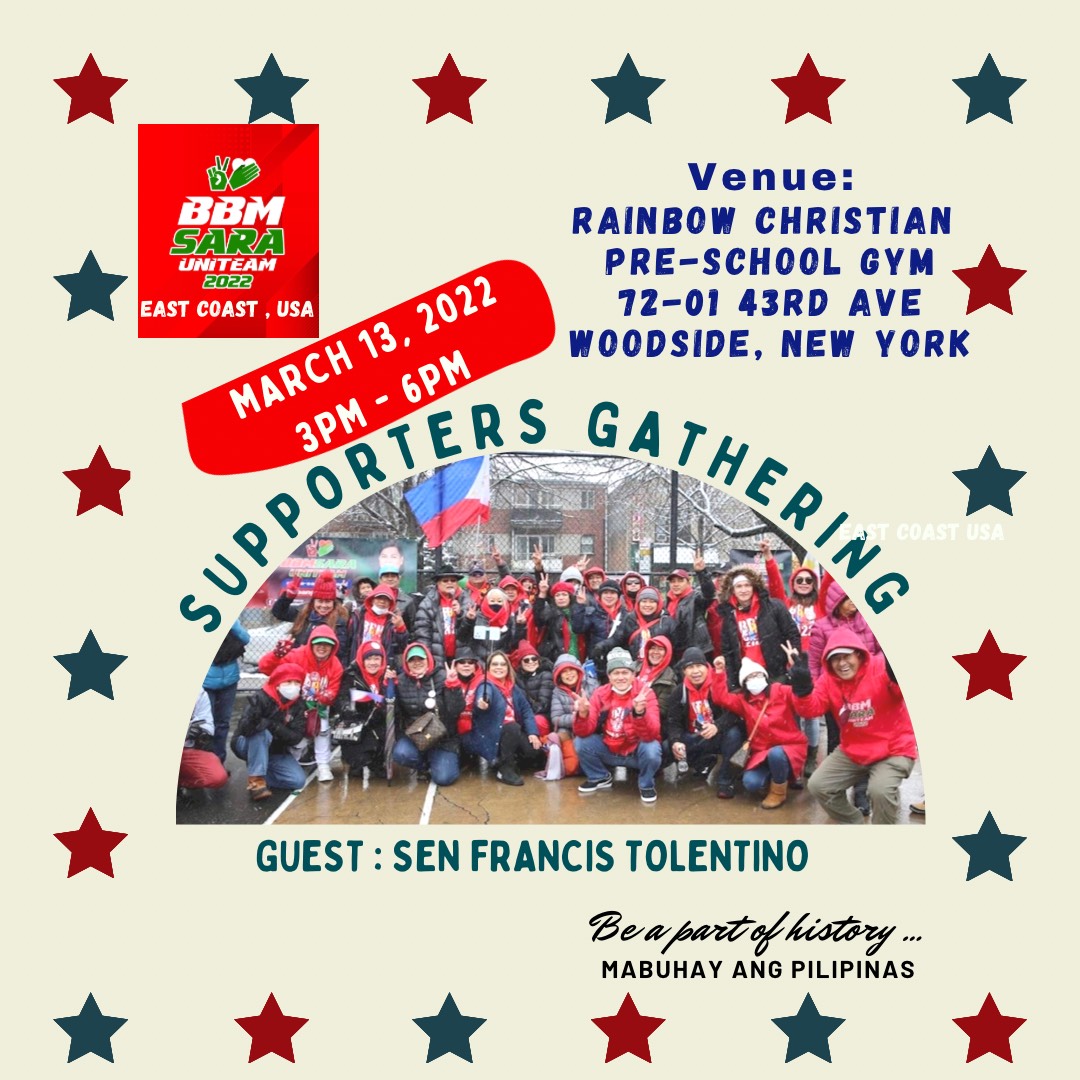 New York -  The UniTeam BBM-Sara East Coast, USA gladly welcomes Philippine Senator Francis Tolentino who will be speaking during the  second event since the official campaign period for Presidential candidate Ferdinand “Bongbong” Marcos Jr., and Vice Presidential Candidate Sara Duterte-Carpio on Sunday. March 13, 2022 from 3pm till 6pm. This will be held at the Rainbow Christian Pre-School Gym at 72-10 43rd Ave, in Woodside, Queens, New York.

With the leadership and efforts of the core group of the Uniteam BBM-Sara East Coast, this activity is being organized from their own initiative and utilizing their own resources.

It is anticipated that BBM-Sarah supporters and volunteers from neighboring states like New Jersey, Connecticut, Virginia, Maryland and Pennsylvania are expected to join their fellow supporters in New York  and will also showcase specialty foods from the different regions of the Philippines where they came from.