HAMILTON and The Rockefeller Foundation welcome 1,300 Students to Exclusive Matinee of HAMILTON on Broadway 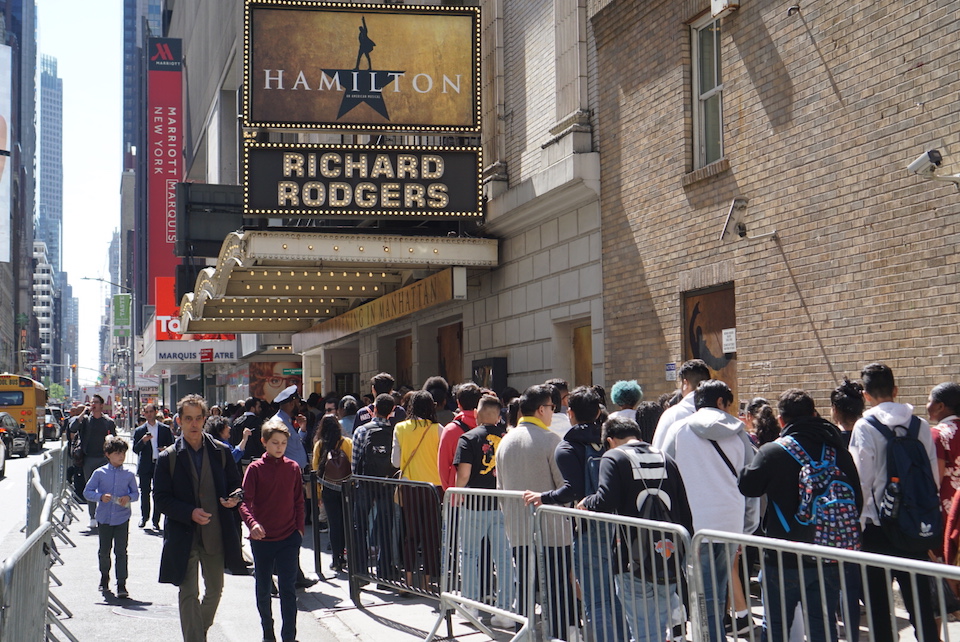 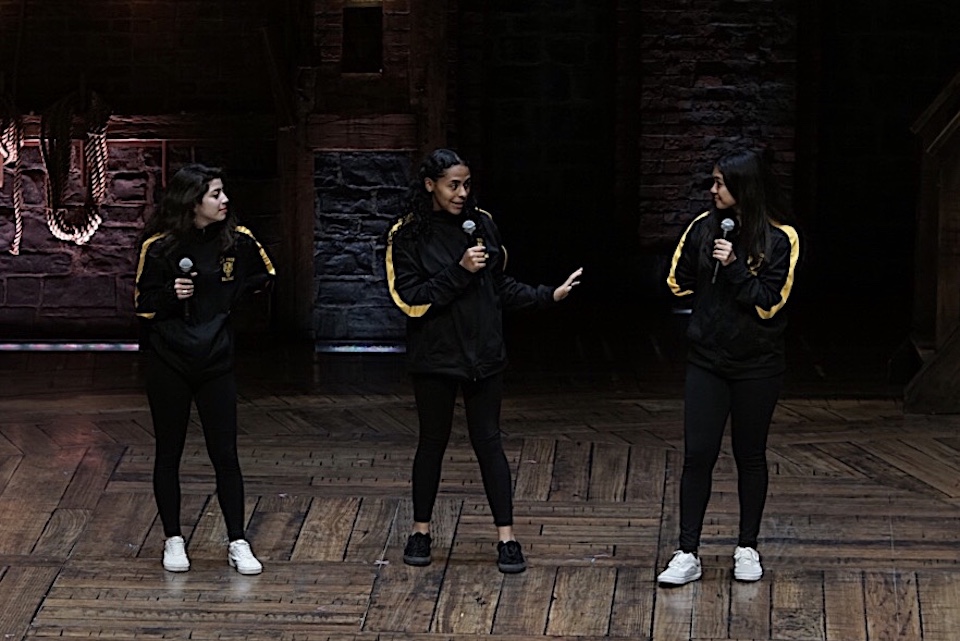 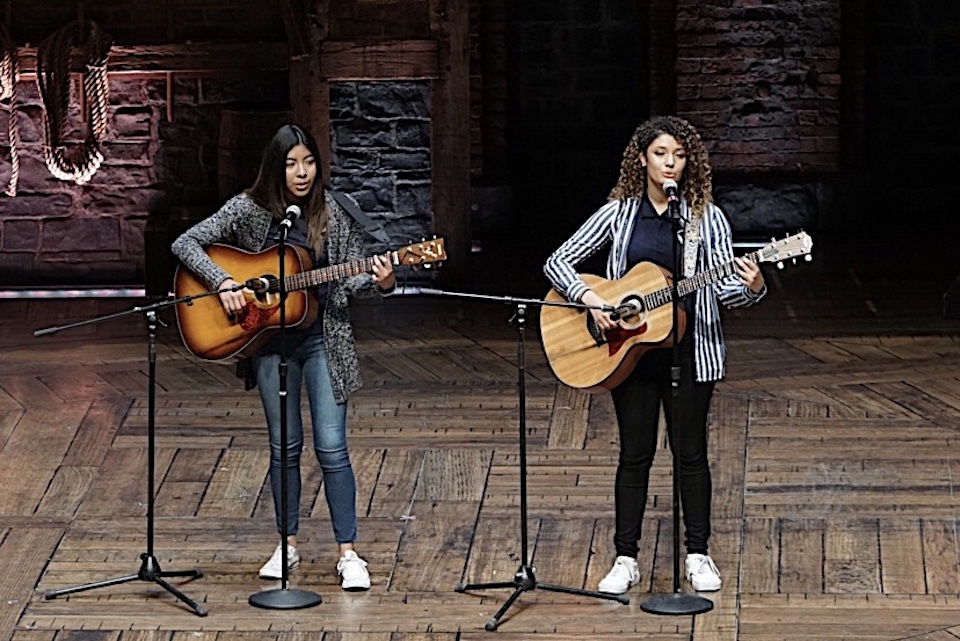 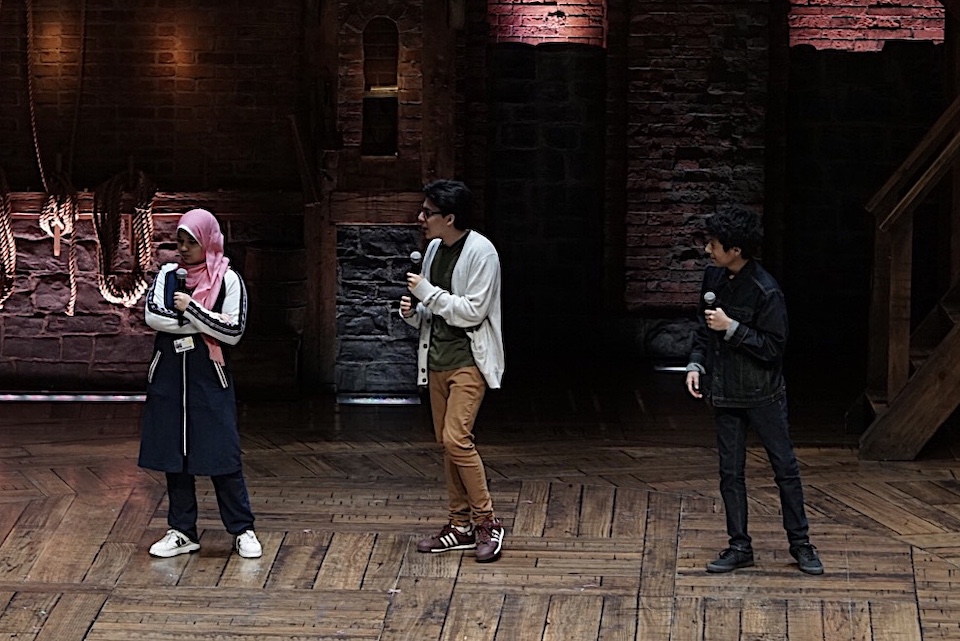 The innovative educational program launched in 2016 at HAMILTON on Broadway continued in New York this past Wednesday, May 22 when 1,300  students and teachers from Title I-eligible public schools attended the matinee performance of the musical at the Richard Rodgers Theatre.  Attendance at the show is the culmination of an integrated school curriculum about Alexander Hamilton and the Founding Era, developed in partnership with the Gilder Lehrman Institute of American History to inspire creative ways of studying and learning history.

In addition to seeing a performance of HAMILTON, students participated in a Q&A with members of the cast and had the opportunity to experience the musical after-studying this period of American history in their classrooms through a special integrated curriculum. Students representing participating schools performed on the Richard Rodgers Theatre stage in front of their peers and presented original work – including songs, rap, poetry, scenes and monologues – they created based on their classroom studies. 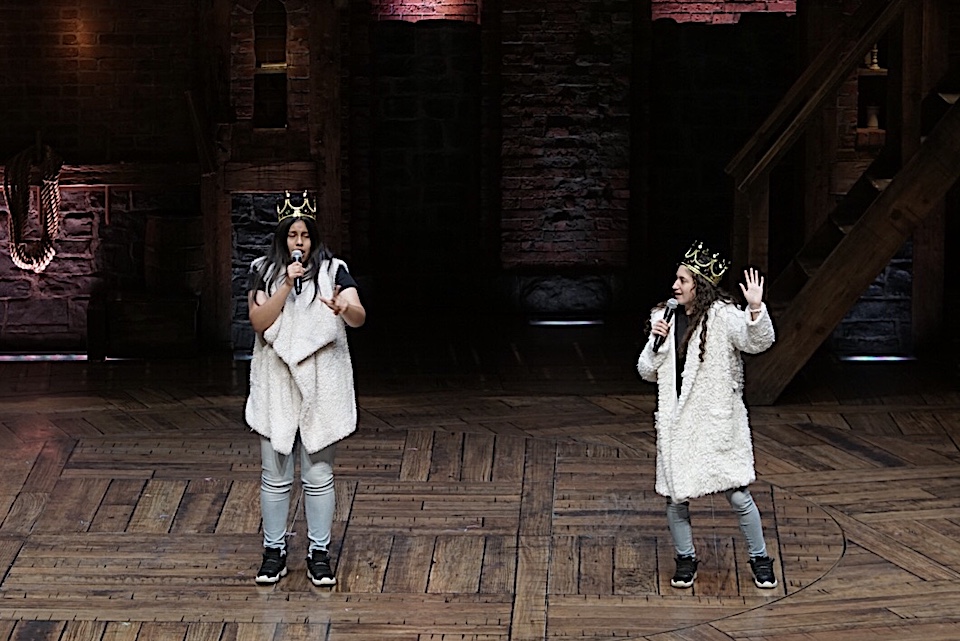 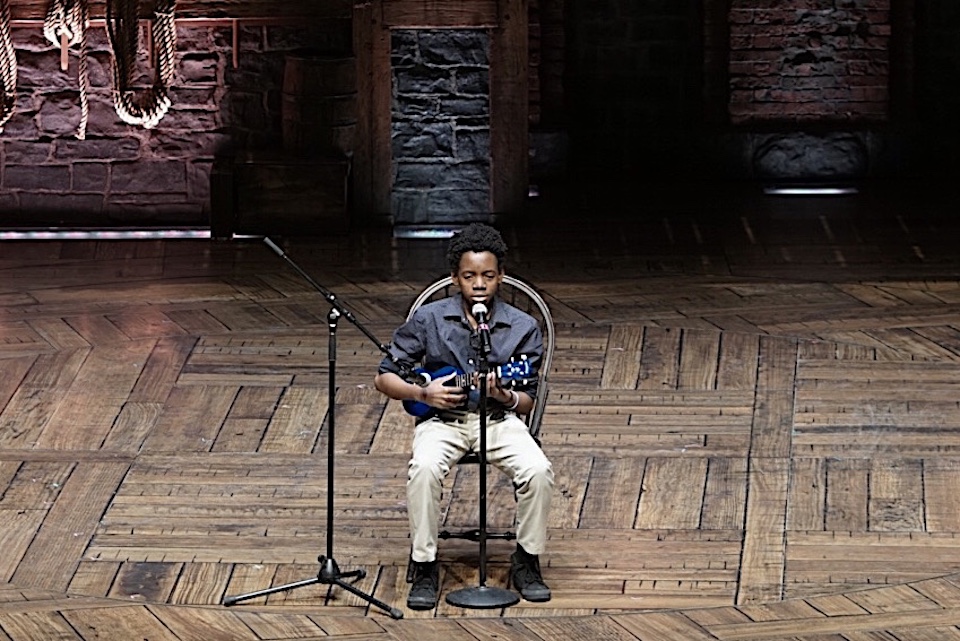 Much like the Broadway performance, the HAMILTON Education Program (HEP) – one of several history education programs at the Gilder Lehrman Institute of American History – embraces creative genius, transcending a lecture-driven classroom to emphasize the talents and passions of individual students. The curriculum fosters a personal learning experience, encouraging students to embrace and recreate the lessons of the Founding Era in their own unique way. 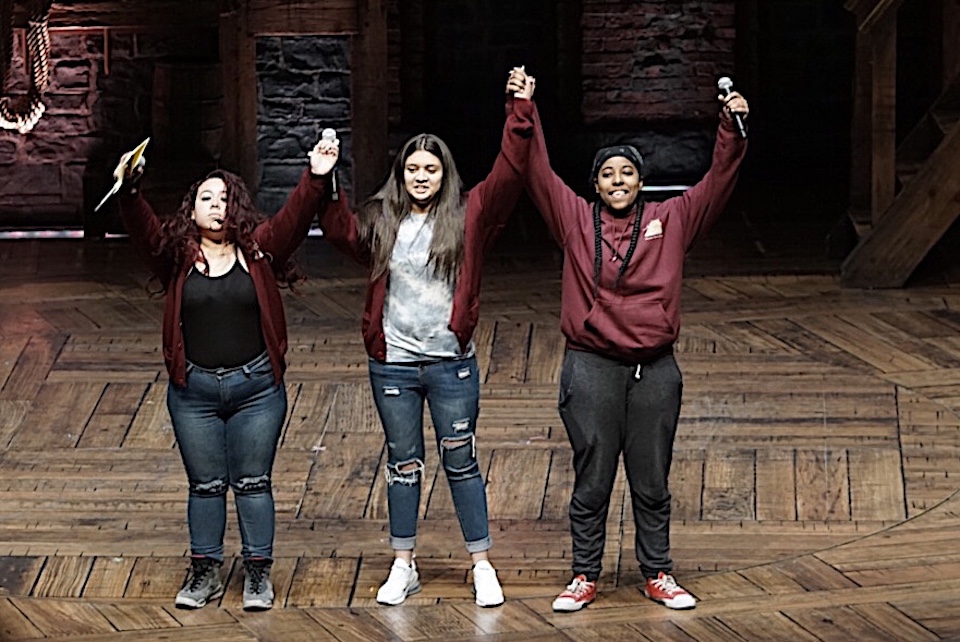 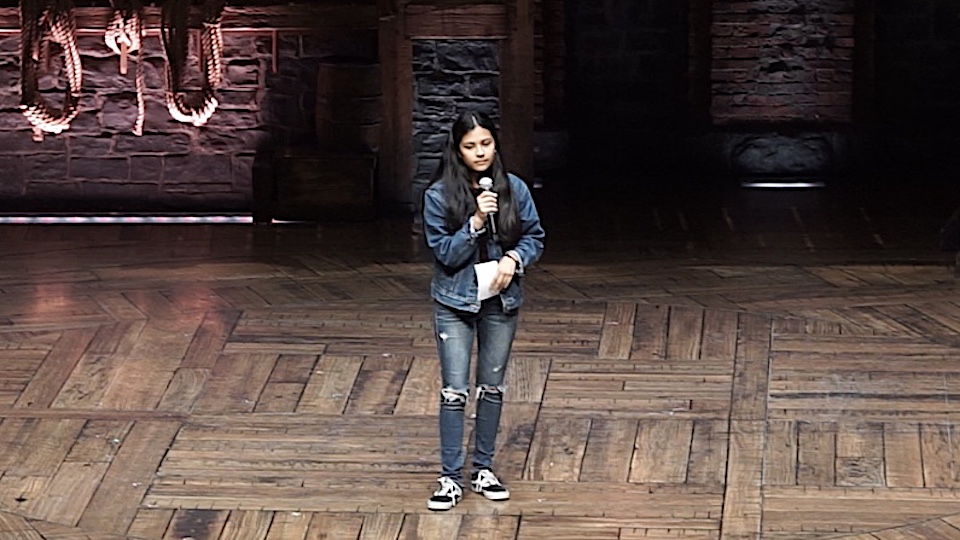 A portion of the grant provided by The Rockefeller Foundation went to the Gilder Lehrman Institute to develop the “Hamilton EducationProgram,” an in-class curriculum designed around the musical. The program includes a “Hamilton Student Performance and Study Guide” and an online “HAMILTON” portal for students and teachers that offers students a creative platform for developing and producing their own original performances of poetry, rap, songs, scenes and other art expressions, to be performed at the theater prior to watching a performance of HAMILTON. 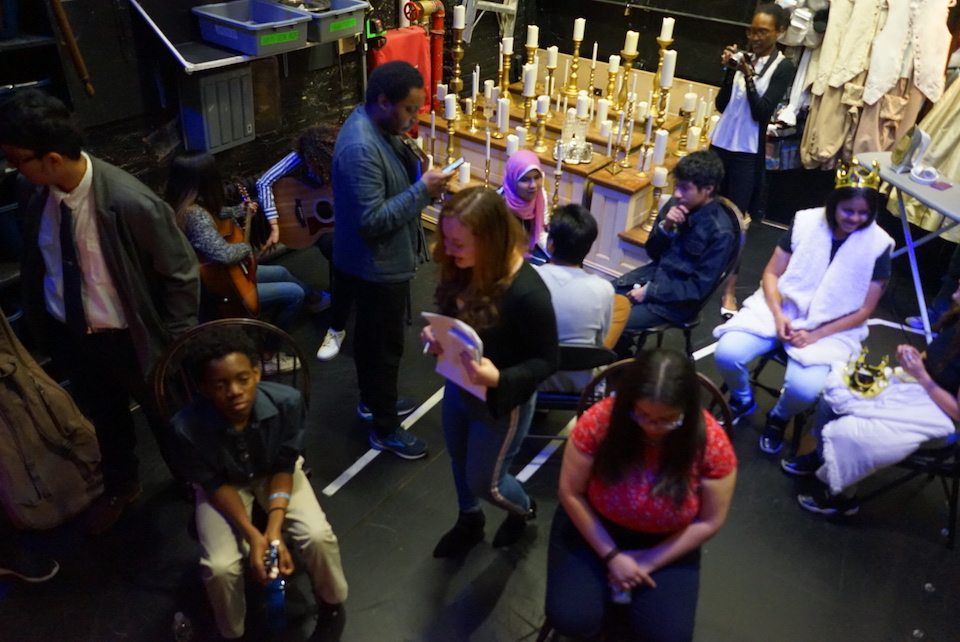 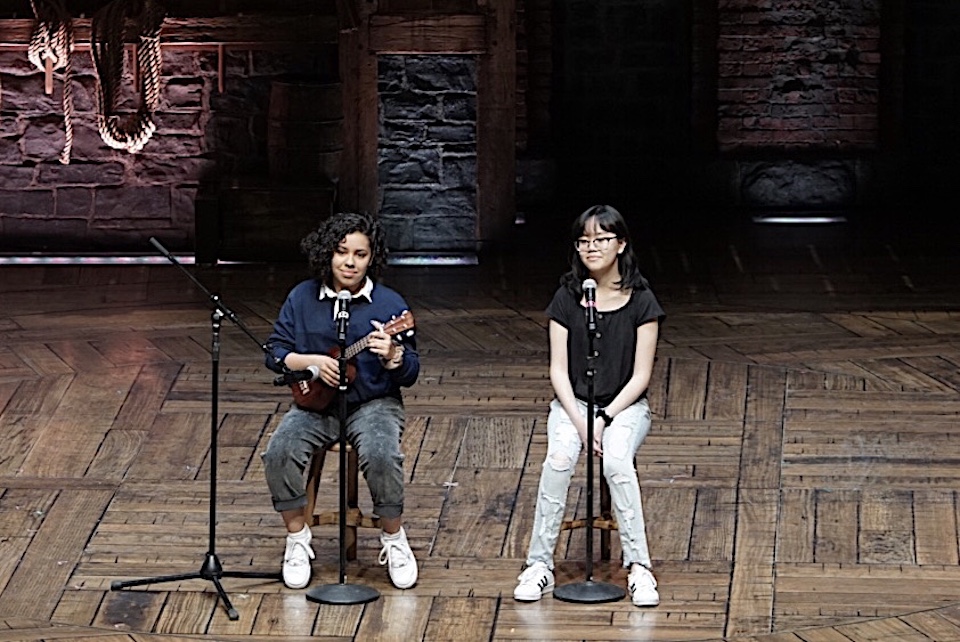 The Rockefeller Foundation provided an initial grant of $1.46 million that funded the educational partnership in New York City.  After the resounding success of the partnership in New York, the foundation committed an additional $6 million to the effort to support the national expansion of the program. The Rockefeller Foundation has a long history of supporting the arts and humanities, fueled by a belief that the cultivation of aesthetic sensibilities through literature, music and other fine arts is essential to the well-being of humanity. The HAMILTON Education Program underscores the foundation’s commitment to nurturing the vitality of American cultural institutions and the role of the arts as a catalyst for social change. 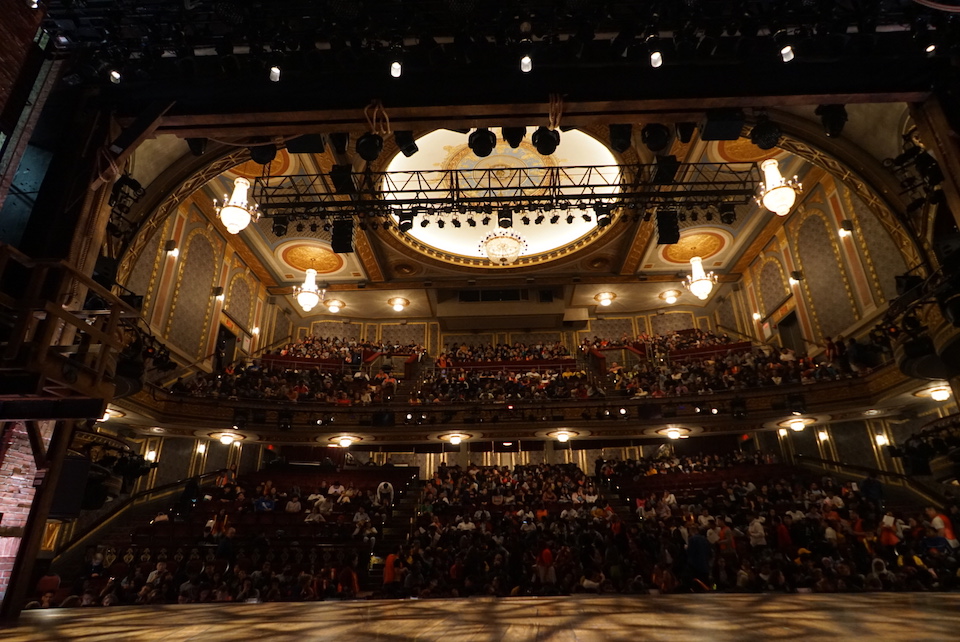 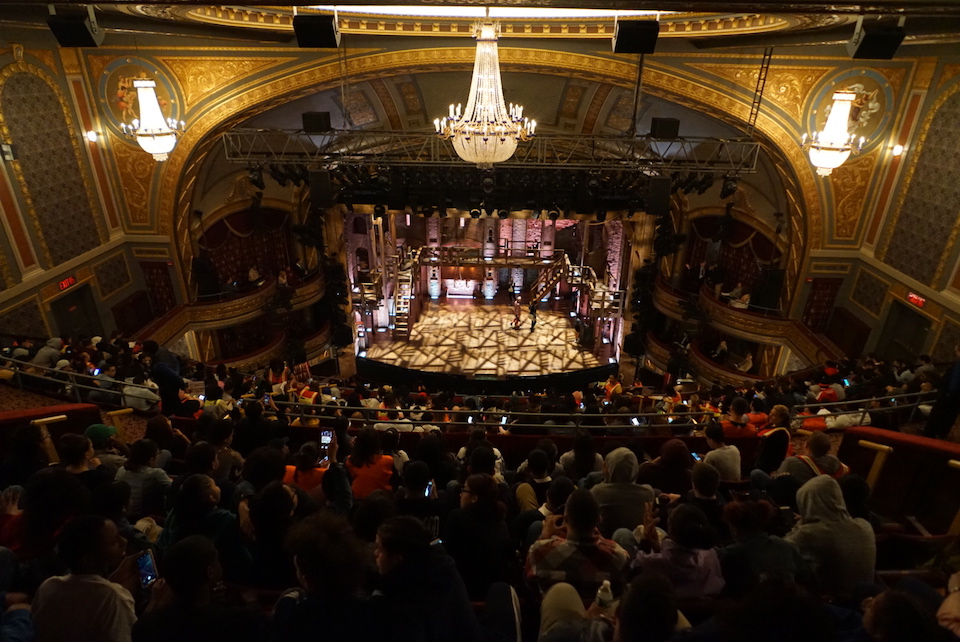 HAMILTON is the story of America’s Founding Father Alexander Hamilton, an immigrant from the West Indies who became George Washington’s right-hand man during the Revolutionary War and was the new nation’s first Treasury Secretary. Featuring a score that blends hip-hop, jazz, blues, rap, R&B, and Broadway, HAMILTON is the story of America then, as told by America now. 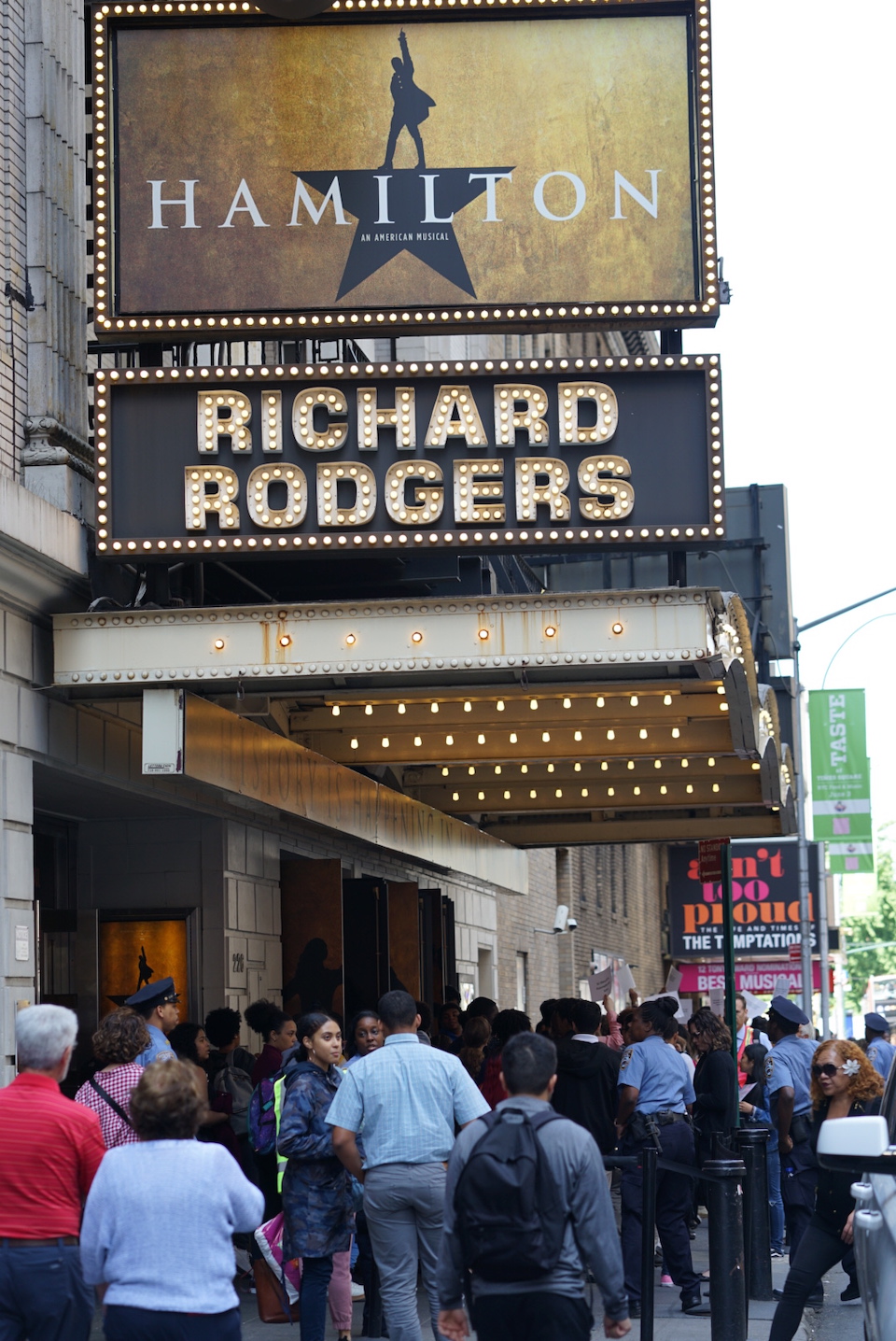 With book, music and lyrics by Lin-Manuel Miranda, direction by Thomas Kail, choreography by Andy Blankenbuehler and musical supervision and orchestrations by Alex Lacamoire, HAMILTON is based on Ron Chernow’s biography of Founding Father Alexander Hamilton.

ABOUT THE GILDER LEHRMAN INSTITUTE OF AMERICAN HISTORY
Founded in 1994 by Richard Gilder and Lewis E. Lehrman, visionaries and lifelong supporters of American history education, the Gilder Lehrman Institute of American History is the leading nonprofit organization dedicated to K–12 education while also serving the general public. Drawing on the 70,000 documents in the Gilder Lehrman Collection and an extensive network of eminent historians, the Institute provides teachers, students, and the general public with direct access to unique primary source materials.

As a 501(c)(3) nonprofit public charity the Gilder Lehrman Institute of American History is supported through the generosity of individuals, corporations, and foundations. The Institute’s programs have been recognized by awards from the White House, the National Endowment for the Humanities, the Organization of American Historians, and the Council of Independent Colleges.