Unofficial results of votes counted by the Special Board of Election Inspectors headed by consul Kerwin Tate at the Philippine Consulate General in New York with a total of 27 precincts under its consular jurisdiction which includes Connecticut, Delaware, Maine, Massachusetts, New Hampshire, New Jersey, New York, Pennsylvania, Rhode Island and Vermont showed that candidates for president, Rodrigo Duterte received the most votes at 4,971 followed by Mar Roxas with 3,125 votes and at the top 3rd spot is Grace Poe with 991 votes.

The unofficial results also showed that candidates for vice-president Leni Robredo received the most votes at 4,471 followed by Alan Peter Cayetano with 2,594 votes and at the top 3rd spot is Bongbong Marcos with 2,205 votes.

Results of the vote counting at the precinct level in New York are displayed at the lobby of the Philippine Center and is available to the public for viewing.

Consul Kerwin Tate, acting as the chairman of the Special Board of Election Inspectors told Balitang New York that the New York Election Returns (ER) will now be handed over to the Philippine Embassy in Washington DC which acts as the Special Board of Canvassers which will tally all the votes from America which in turn will be sending the results to the COMELEC in the Philippines.

Report and Photos by Lambert Parong for Kababayan Media/ CC BY 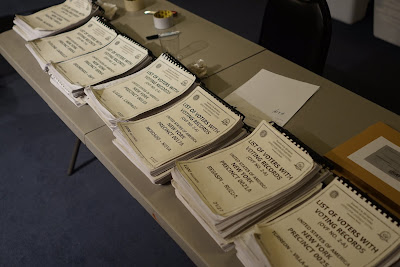 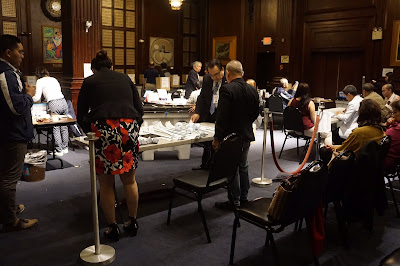 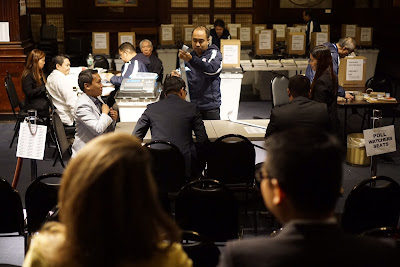 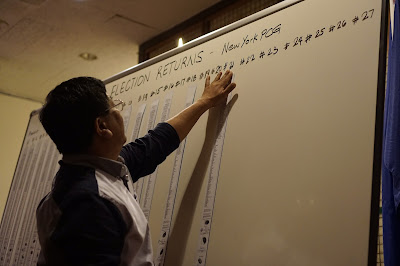 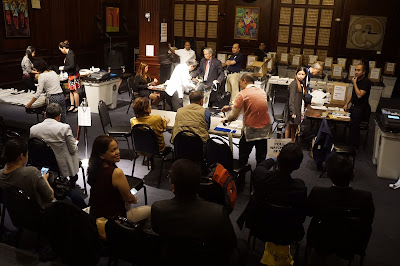 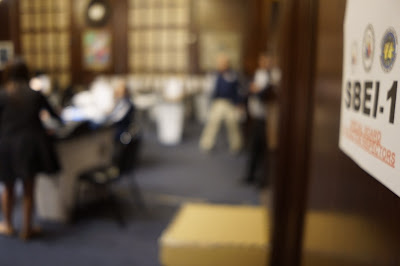 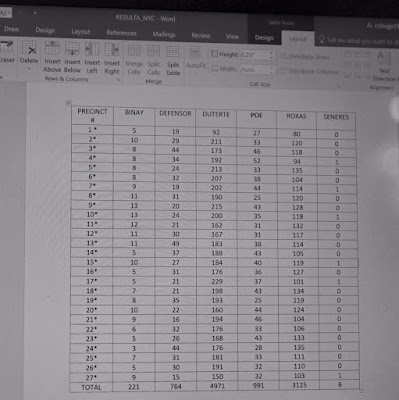 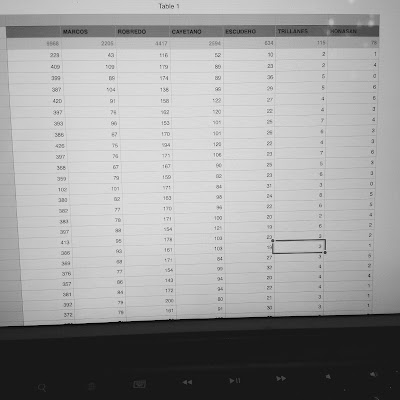 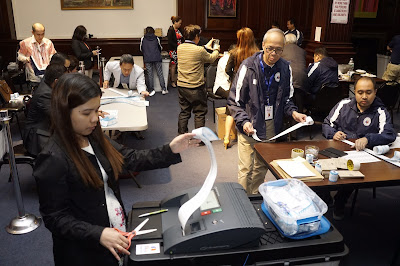 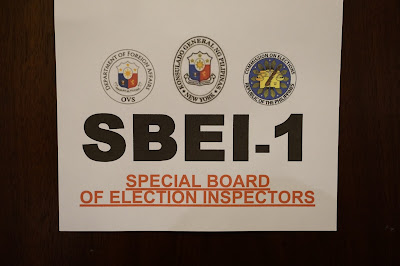 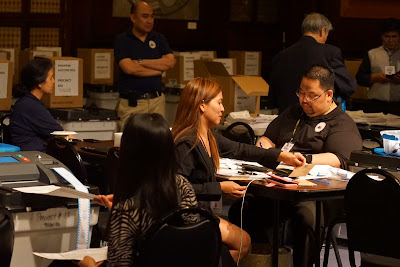 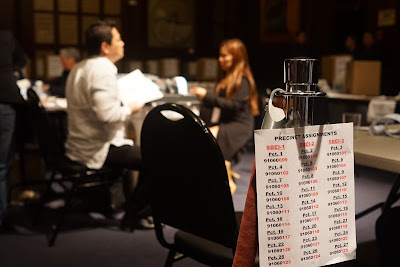 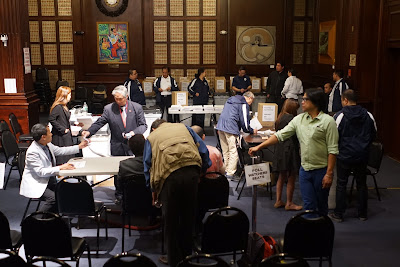 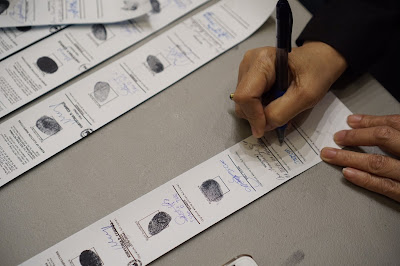 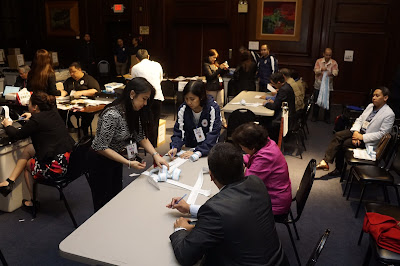