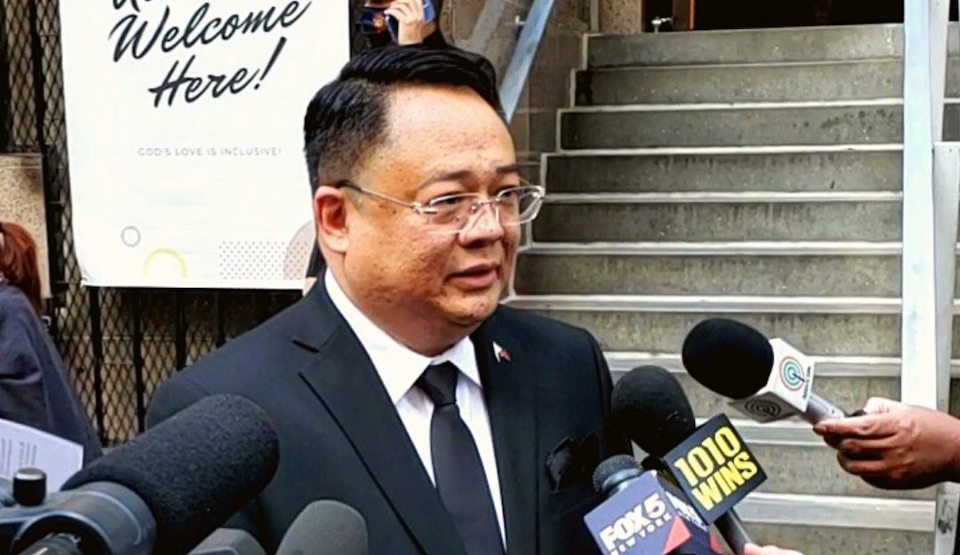 On behalf of the Philippine Consulate General in New York, I would like to thank all of you for joining us here this afternoon in this memorial mass for our departed kababayan, Maria Luningning Ambrocio.

I also would like to thank Father Julian Jagudilla and the Franciscan Community foropening the doors of the Church of St. Francis of Assisi to allow us to pay our final respects to someone who had been an active member of the Church and the community. 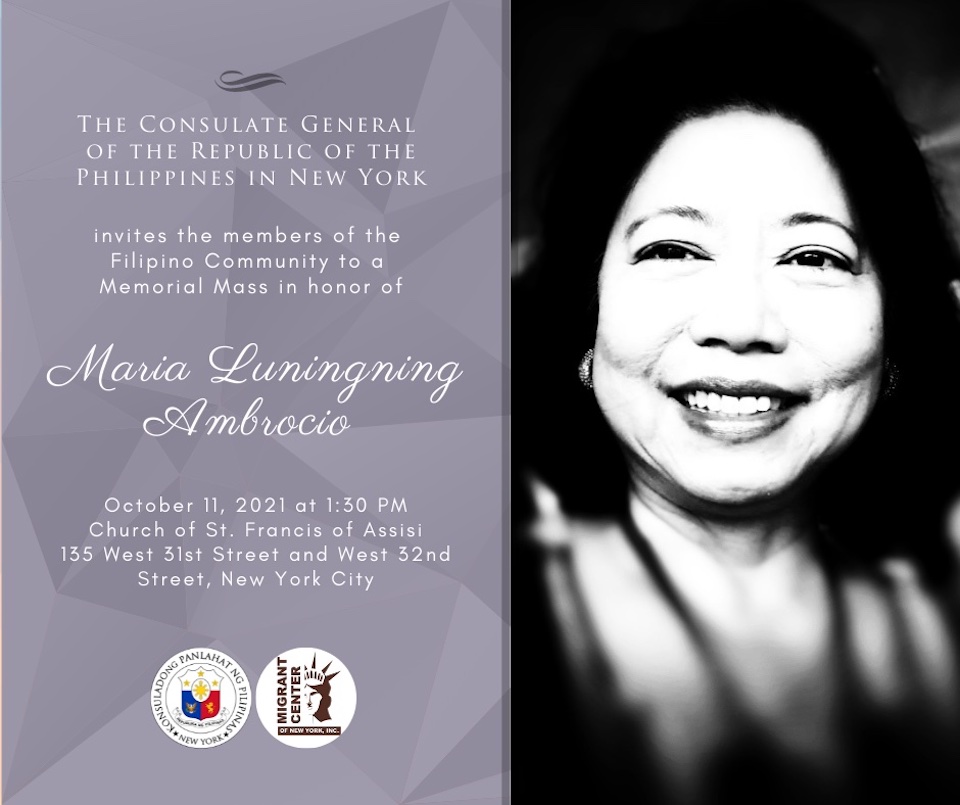 At the height of the coronavirus pandemic last year, Luningning posted a Facebook profile photo of her in scrubs, face mask, and face shield with a caption that read: “I cannot stay at home, I am a nurse!”

United States, Luningning was there in the frontline against Covid-19. A woman of courage and compassion—matapang at mapagmalasakit—she did her part in saving lives the way she had been doing in the 25 years she took care of cancer patients in New Jersey.

At the Bayonne Medical Center, Luningning was known as “a caring nurse and a wonderful person” who went out of her way to help others. She is remembered by colleagues on how she mentored the younger nurses among them. 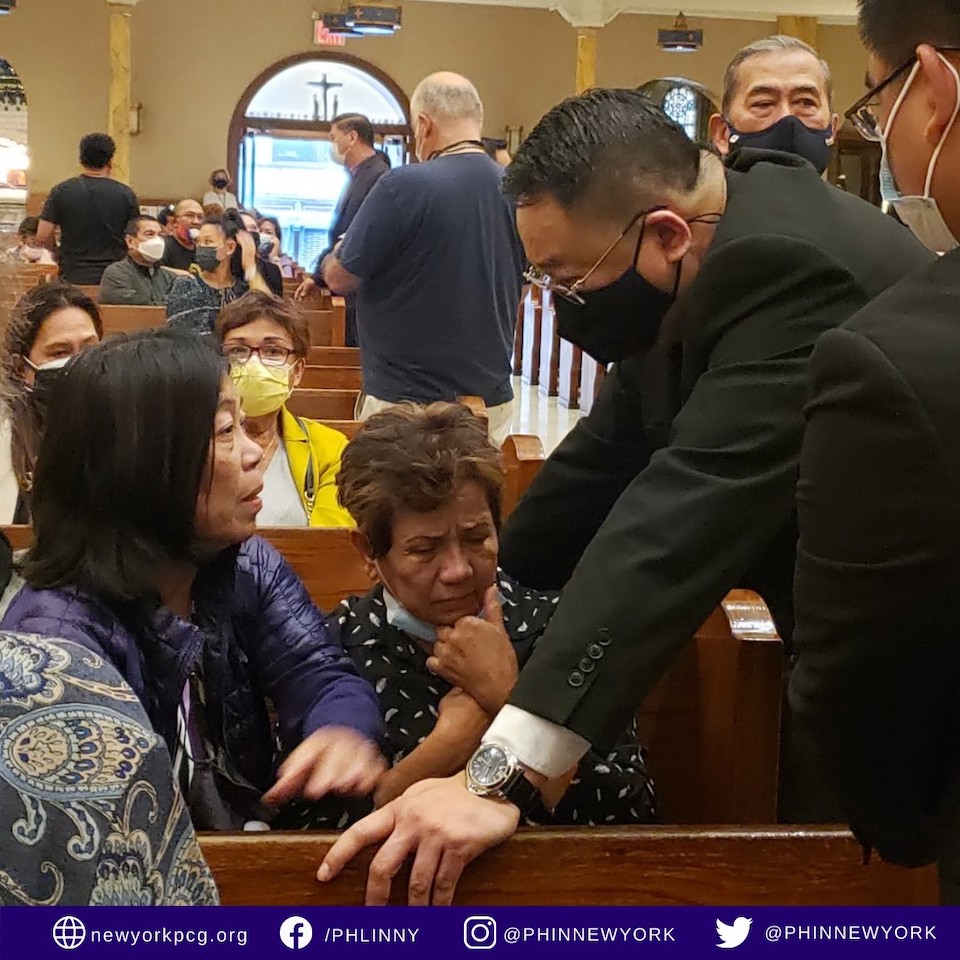 One even described her as an “angel sent by God to guard and be with her during her long and difficult journey to a foreign land,” and “who gave her the hope and courage to live and survive the harsh conditions of the concrete jungle of New York City.”

There are many more testimonials and anecdotes that would reveal just how much Luningning was loved and admired and how much she brightened people’s lives, ultimately, measuring up to her name – Luningning, which means sparkle or brilliance in Filipino.

Three days ago, Luningning was taken away from us in an unfortunate incident that could have probably been avoided had the streets of New York been made safer. She was taken away from us at a time when violence against members of the Filipino Community and the larger Asian and Pacific Islander Community—whether induced by pandemic-exacerbated xenophobia or by mental illness—remain on the rise. 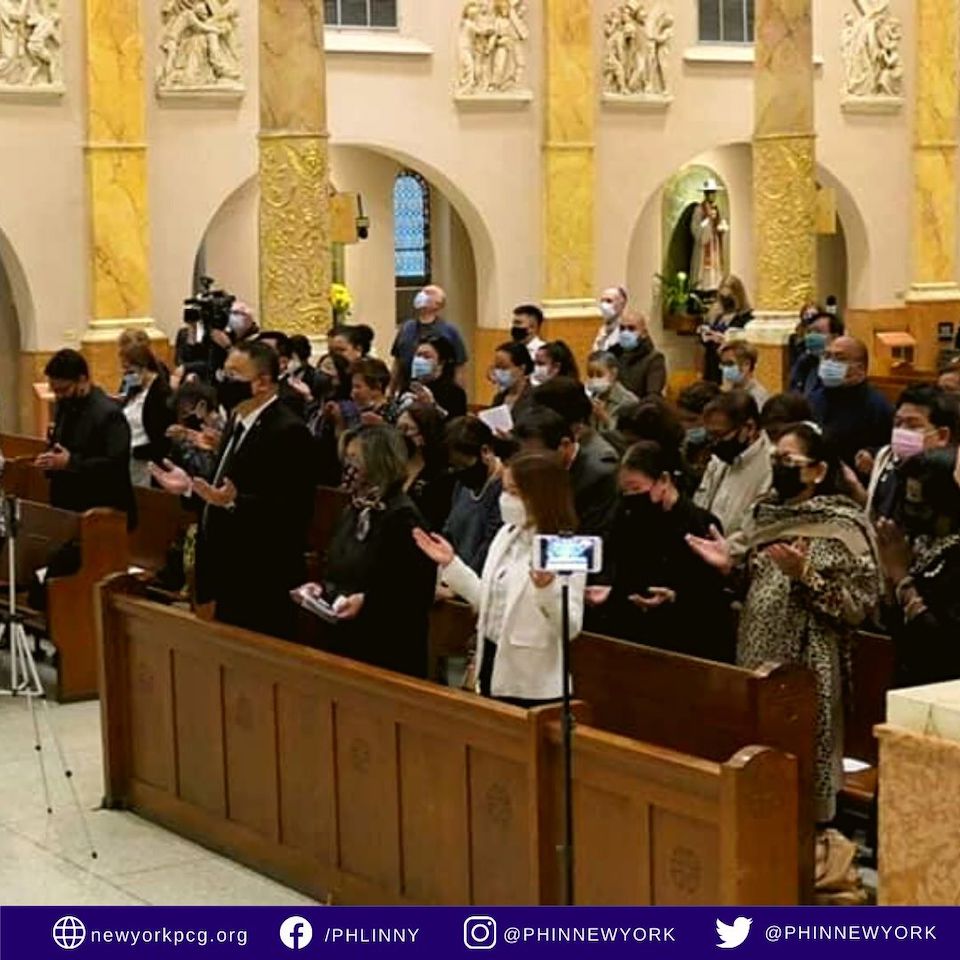 Since January, at least nine members of the Filipino Community have been at the receiving end of unprovoked acts of violence that have been reported to or monitored by the Philippine Consulate.

A few weeks ago, a 67-year-old Filipina nurse was also assaulted while distributing face masks on a subway train also in Manhattan and more recently, a 75-year-old Filipina was badly injured after she was shoved while exiting a subway station in Queens.

Most, if not all, of those who were behind these acts of violence are mentally ill and homeless individuals and, according to reports, there are more than 12,000 of them in the streets of New York City. 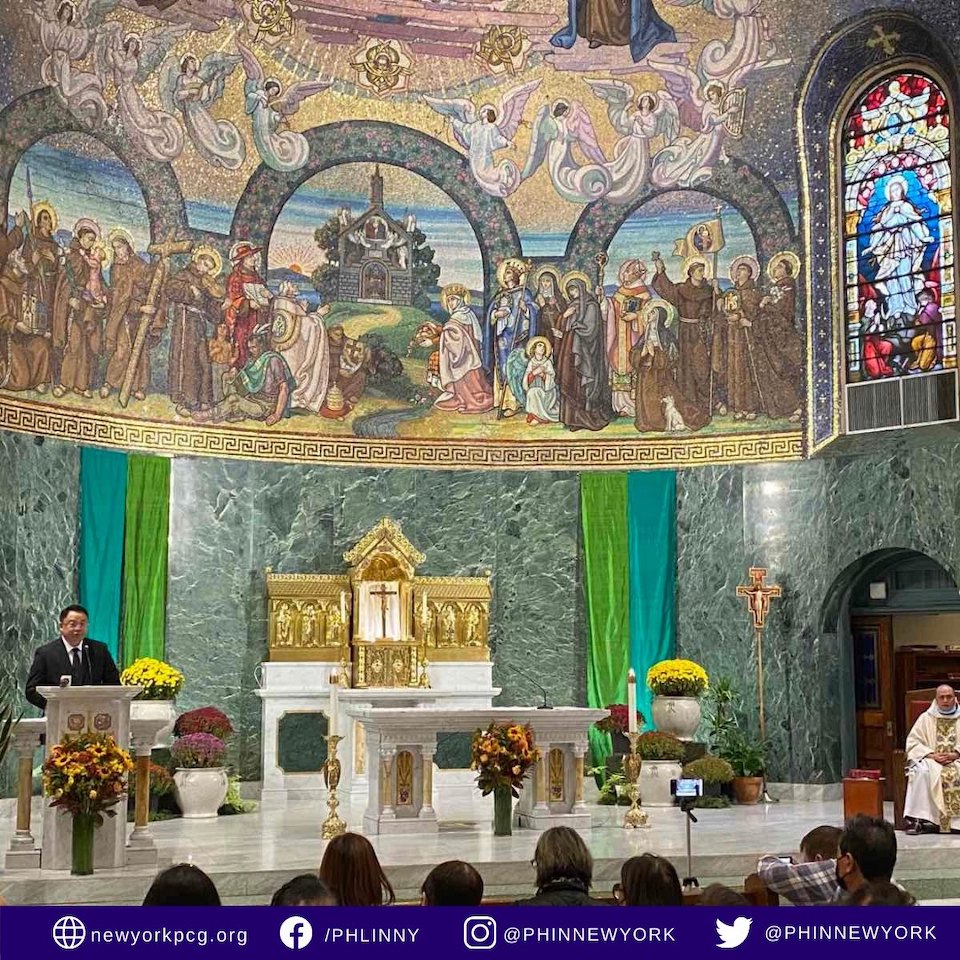 This afternoon, as we mourn the passing of Maria Luningning Ambrocio, I reiterate our call for authorities to take more effective steps to make the streets of New York safe again for all of us.

While we know that authorities are doing their best, we hope that they exert more serious efforts and make more resources available to make this happen.

The Filipino Community stands in solidarity with many others who have been calling on authorities to give more focus on improving mental health care as well as in strengthening “Kendra’s Law” so that dangerous people could be taken off the streets.

By doing this, we are hoping that we would not have any more Maria Luningning Ambrocios to mourn and bury.

Photos courtesy of the Philippine Consulate General in New York