Governor Andrew M. Cuomo announced on December 5, the $15 minimum wage phase-in will take effect December 31, 2019 after a statutorily required report by the Division of the Budget found the decline in New York's unemployment rate to record lows indicates that recent minimum wage increases have been absorbed with negligible, if any, impacts on labor demand in every region. Based on the report's finding, the current outlook for continued growth in employment and wages at a moderate pace allows the State labor market to absorb the minimum wage increases scheduled for 2020. The minimum wage rose to $15 per hour for companies employing 11 or more in New York City on December 31, 2018, and will rise to $15 per hour for companies employing 10 or fewer this year. In Long Island and Westchester, it will rise to $13 per hour, and to $11.80 in the rest of the state as it continues to grow.

"New York is leading the fight for economic justice, proudly setting a national example by raising the minimum wage to $15," Governor Cuomo said. "Nearly three years after we set New York on a path to achieve a $15 minimum wage, we are seeing the benefits: record low unemployment rates, fewer people living in poverty, less people working multiple part-time jobs and more families given the opportunity to live a decent life. In New York we believe in a fair day's pay for a fair day's work, and we won't stop fighting until every hardworking New Yorker is paid the fair wages they deserve."

The report produced by the Division of the Budget is required by the minimum wage statute to serve as vehicle for reviewing the state of the economy in each region and the effect of minimum wage increases to determine whether increases move forward as scheduled or if there should be a delay.

Key findings from the Division of the Budget's Minimum Wage Report include: 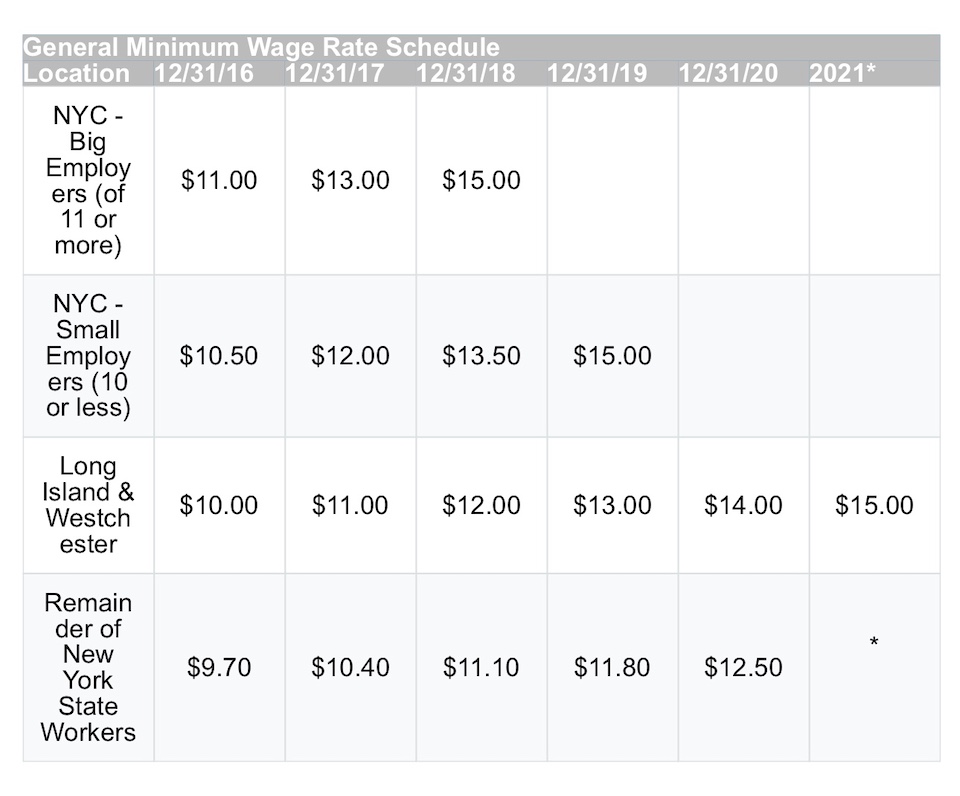 More information is available at www.ny.gov/minimumwage.