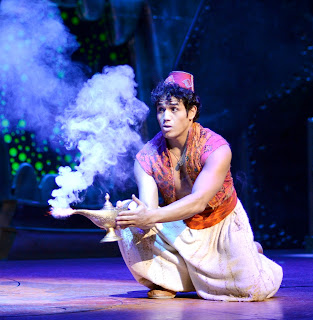 The Broadway adaptation of the 1992 Disney film, “Aladdin” is nothing short of spectacular. Having debuted in 2014, this play is still capturing the hearts of theatergoers all over the world.

This show stays true to the film with a few adaptations for the theater such as Iago the parrot of Jafar with a human character of the same name, and Abu, Aladdin’s monkey friend with three friends; Babkak, Omar and Kassim. 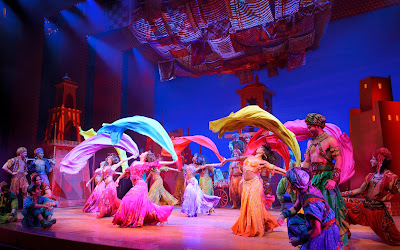 Flowing and vibrantly hued costumes transport the viewers to a whole new world in its opening scene and does not fail to impress from start to finish. The very impressive set decor with 84 illusions and effects magically takes you to a Middle Eastern marketplace, the palace, the cave of wonders and of course, a magic carpet ride! No detail was spared and all the 337 costumes were a sight to behold. More impressive were the costume changes that happen right before your eyes! 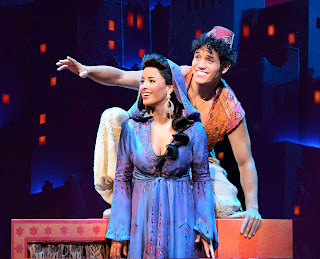 Aladdin is a lighthearted Broadway musical peppered with jokes with modern references. The performances of Adam Jacobs (Aladdin) and Courtney Reed (Jasmine) were stellar, but what really made the play very enjoyable for me was the way Alfie Parker, Jr played Genie with his impeccable timing on the jokes and his charming flamboyance.

Aladdin’s non-stop action is definitely a treat for everyone in the family.

Premium and group tickets are also available.  For information about tickets for groups of 20 or more, CLICK HERE.

For more information on Aladdin, visit AladdinTheMusical.com.  Connect with Aladdin on Facebook.com/Aladdin and Twitter.com/Aladdin.
Posted by News Desk at 09:32