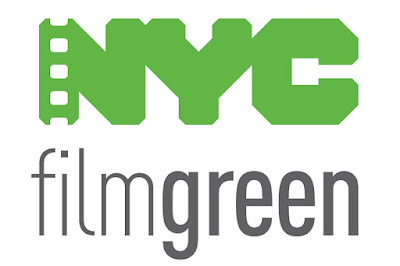 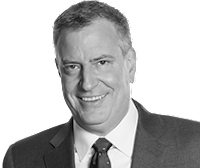 “As a global leader in the film and entertainment industry, NYC must lead by example when it comes to sustainability and waste reduction on sets. NYC Film Green will give production crews the tools and incentive they need to reduce their carbon footprint and be good neighbors in their communities,” said Mayor Bill de Blasio.
“There is currently more filming activity in New York City than ever before. While this provides countless reasons to celebrate, we also want to be mindful of how this impacts our environment on both a local and global scale,” said Mayor’s Office of Media and Entertainment Commissioner Julie Menin. “NYC Film Green makes New York the first governing body in the country to implement a sustainability program for the entertainment industry. We believe it will make a significant and quantifiable positive impact, and pave the way towards industry-wide adoption of eco-friendly practices.”
Last season, there were a record-breaking 52 episodic television series in production in the City, and over 300 films over the course of 2015. To qualify for the NYC Film Green program, a film or television series must have at least one day of production or post-production in the City. Productions enrolled in the NYC Film Green program that successfully implement the program’s sustainable practices will be recognized with a certificate and receive a seal, which they will be able to place in their end credits and in any marketing and promotional materials associated with their project.
The environmental impact of producing just one film or episode of television can be extensive. Much of this impact comes from the creation of sets that are built and then quickly discarded, waste from on-set food catering, and the massive amount of energy required to power lights, cameras, and other equipment. According to a study conducted by UCLA, film and television production is a large source of carbon emissions, on par with industries such as clothing manufacturing and hospitality. Given the major impact that productions can make on both the local and global environment, NYC Film Green has the potential to set a global standard for the entertainment industry, benefitting not just New Yorkers, but the world at large. Moreover, the initiative will provide an opportunity for productions to formally highlight their green efforts and receive public recognition.
Based on data provided by six feature film productions that voluntarily worked to reduce their environmental impact, an average NYC Film Green feature production could divert over 60 percent of its waste, and prevent over 380 unnecessary tons of waste from going to the landfill. Similarly, based on data provided by five eco-conscious episodic series, an average NYC Film Green TV production could divert over 60 percent of its waste, preventing almost 45 unnecessary tons of waste from going to the landfill.
Using sustainable best practices in filming reduces productions’ negative impact on the environment, and as an added bonus, has been found to benefit productions’ bottom lines. According to a 2014 report from the Producers Guild of America, by eliminating disposable plastic water bottles and instead providing water coolers, reusable bottles, and compostable cups, a production can save approximately 50 percent on its total water budget over the course of a shoot. Donating set materials, rather than discarding them, can have a similar benefit. When the NBC television series 30 Rock broke down its set, it donated approximately 10.7 tons of material and in doing so, saved nearly $20,000 in hauling expenses.
A number of major New York City-based television productions have already engaged in voluntary sustainability efforts and reported great success in waste diversion. For example, over the course of production for the second season of CBS’s Madam Secretary, crew and staff successfully diverted 71 percent – or 62,495 pounds – of the show’s total waste. While 16,540 pounds of waste went to landfill, a total of 31,670 pounds went to compost, 8,324 pounds were recycled and 5,961 pounds of materials were donated. Madam Secretary donated over 4,500 meals to local shelters, and their paper diversion efforts saved the equivalent of 35 trees. The production also greatly reduced the use of disposable water bottles, eliminating waste from over 104,000 plastic bottles.
There is also a great amount of potential for waste diversion in feature film production. According to independent consultant Earth Angel, the “Made in NY” production The Amazing Spider-Man 2 was able to divert 52 percent of its waste from landfills, donated nearly 50 tons of materials for reuse on future productions, and donated nearly 6,000 meals to shelters and food banks. In total, the production saved approximately $400,000 due to its sustainability efforts.
MOME’s NYC Film Green will begin as a pilot program on November 1, comprising a limited number of episodic television series and feature film productions. Results from the pilot will inform the development of the program and engage additional stakeholders to help with expansion of the program by early summer of 2017.
Productions that enroll in NYC Film Green will participate in a number of sustainable practices and will be audited in order to receive designation. The program has three categories of sustainability practices: core, elective, and extra credit. The core practices to be met in order to receive a seal include, but are not limited to:


Productions that have met the requirements to receive a seal may choose to go above and beyond. For taking on “extra credit”, these productions are eligible for special recognition and other promotional opportunities for exceptional sustainability practices.
The Mayor’s Office of Sustainability will support MOME’s NYC Film Green by designing the tracking tool for productions to measure their waste output, purchases of sustainable items, and donations of materials. Additionally, the Office’s experience with creating educational plans and greening industries will be informative in shaping NYC Film Green’s materials for education and sustainable best practices.
The Department of Sanitation will also play a key role in MOME’s initiative. The agency’s programs involving waste disposal, recycling, and organic material processing will be essential to inform particular plans for productions’ waste management programs. The Department will also assist with coordinating and tracking donation and reuse of set materials through its donateNYC program.
MOME will introduce NYC Film Green to the industry through outreach to the City’s longtime partners at soundstages, studios, industry associations and guilds, as well as environmental and community-based organizations. To track waste reduction and diversion efforts, MOME will also coordinate with a number of relevant City agencies, including the Mayor’s Office of Sustainability and the Department of Sanitation. NYC Film Green will utilize tracking tools developed by the Mayor’s Office of Sustainability that were refined as part of its Zero Waste Challenge, developed to help reach a number of the City’s zero-waste goals laid out in OneNYC, the City’s comprehensive sustainability plan. NYC Film Green will also incorporate Department of Sanitation’s donateNYC, a digital platform that allows businesses and individuals alike to donate goods for reuse instead of discarding them – allowing for significant waste reduction, energy conservation, and distribution of resources to New Yorkers in need.
Posted by News Desk at 01:06