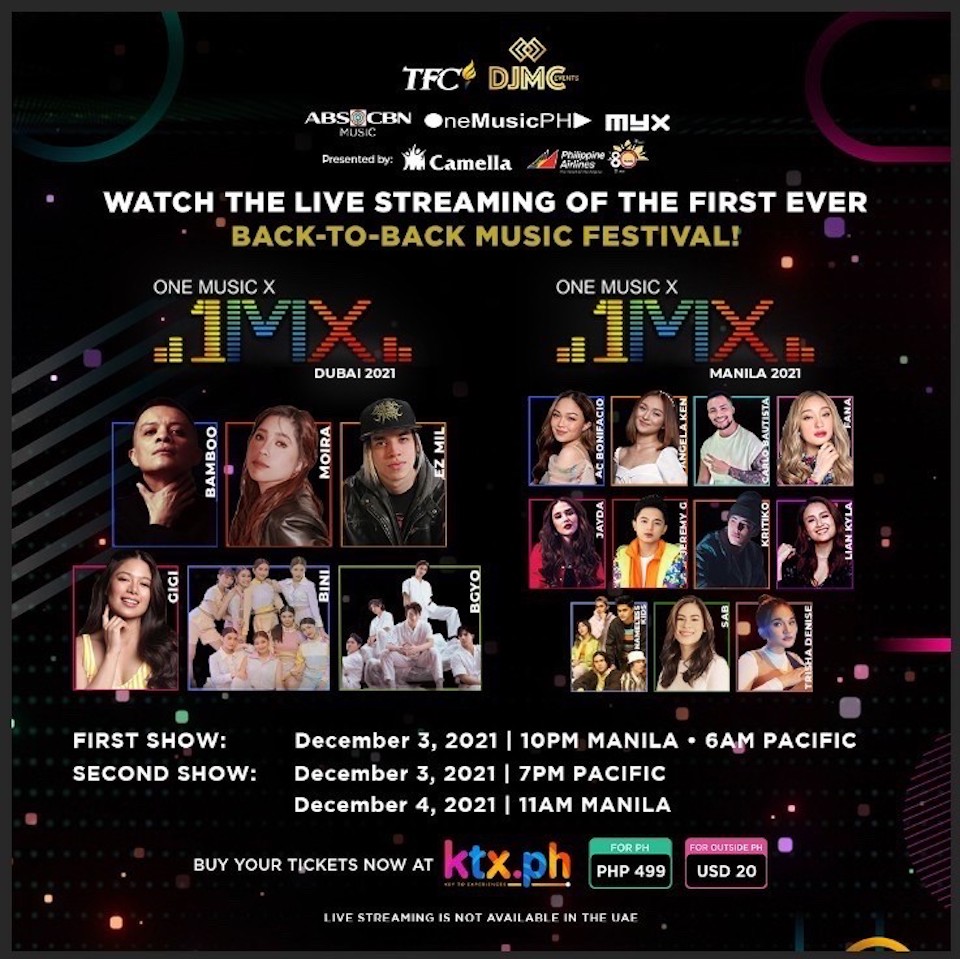 But the exciting announcement does not stop there.

TFC, ABS-CBN Music, One Music PH, and Myx together with DJMC Events, Camella Homes, and Philippine Airlines will also be staging “1MX Manila 2021” happening on December 3 (Philippine time), the same day as the “1MX Dubai 2021,” and will be streaming LIVE worldwide (except UAE) via ktx.ph.

“It’s been a quite a long pandemic intermission for our world-class Filipino talents, but it’s showtime once again,” said ABS-CBN Global Chief Operating Officer Aldrin Cerrado. “We are jumpstarting where 1MX in Dubai, Abu Dhabi and Singapore left off a couple of years back. While we are still mindful of precautions and safety measures, we know how fans of Filipino artists and music around the world have been itching to see and hear them live again. Back-to-back 1MX with in-person and virtual components offer the best of both worlds to Filipino music lovers everywhere.”

“ABS-CBN have always been after giving platform and opportunities for artists to showcase their talents and offering something different to the table. We are excited for everyone to witness what this new breed of Filipino music artists can offer and possibly contribute to the music scene,” said ABS-CBN Global Managing Director for Europe, Middle East, and Africa (EMEA) and Head of ABS-CBN Global Events and Experience Joseph Arnie Garcia.

Do not miss this big celebration of Filipino music all over the world on December 3 with “1MX Dubai 2021” happening live at the Trade Centre Arena in Dubai World Trade Centre, and “1MX Manila 2021” streaming live worldwide (except UAE) via ktx.ph.