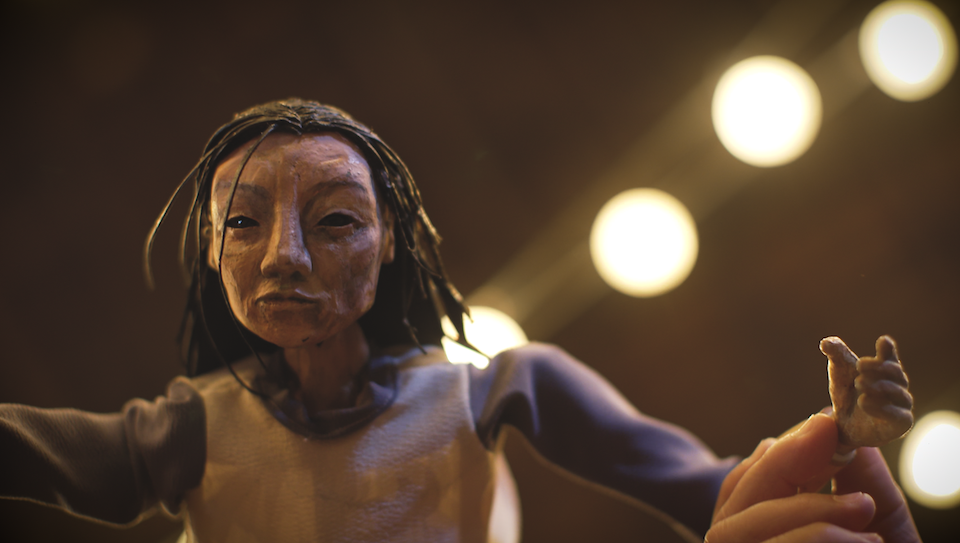 Following the 2020 opening of Ma-Yi Studios, a digital streaming center and live capture studio, Ma-Yi Theater Company, in association with The Chicago International Puppet Theater Festival, is proud to present the online premiere of Vancouver, a puppet play centered on a mixed-race family who relocate from Japan to the Pacific Northwest. Written and directed by Ma-Yi Producing Artistic Director Ralph B. Peña and created in collaboration with puppetry director Tom Lee, Vancouver confronts anti-Asian aggressions through the experiences of one family hoping to find more stability. Or, maybe, acceptance? But where is home exactly?

Vancouver will debut on April 30 at 7 PM ET at https://ma-yistudios.com/, the streaming platform for Ma-Yi’s 2020-2021 season. While the production is available at no cost, audiences are encouraged to consider a donation by following the directions at the Vancouver website. The Chicago International Puppet Theater Festival website, chicagopuppetfest.org, will also offer a free link to the production. Vancouver is intended for audiences 13 and older.

Vancouver was shot in September 2020 on location in a rustic barn in Wisconsin. The setting provided a controlled environment that allowed all participants to follow strict social distancing and safety guidelines during the creative process.

“Vancouver was a gut-level response to the pandemic and the shuttering of live theater,” says Ralph B. Peña. “We had to find a way to work safely, so I thought of puppets, and knew immediately that I wanted to work with Tom Lee. From there, my mind quickly moved to tell the story of a mixed-race Asian American family dealing with racial aggressions.”

“When Ralph approached me about telling a contemporary Asian American story with puppetry, I leaped at the chance to collaborate with him,” said Tom Lee. “Throughout the process, we were dealing with the pandemic and also the painful and ongoing reckoning in the country about racism. We saw elected leaders openly espouse racist rhetoric and split the country into us and them. Vancouver is not only about trying to make a beautiful piece of art in challenging times. It is about portraying a story of a mixed-race Asian American family navigating the fraught environment of our country. Telling this story is especially crucial at this moment."

Since its founding in 1989, Ma-Yi Theater Company has distinguished itself as one of the country’s leading incubators of new work shaping the national discourse about what it means to be Asian American today. 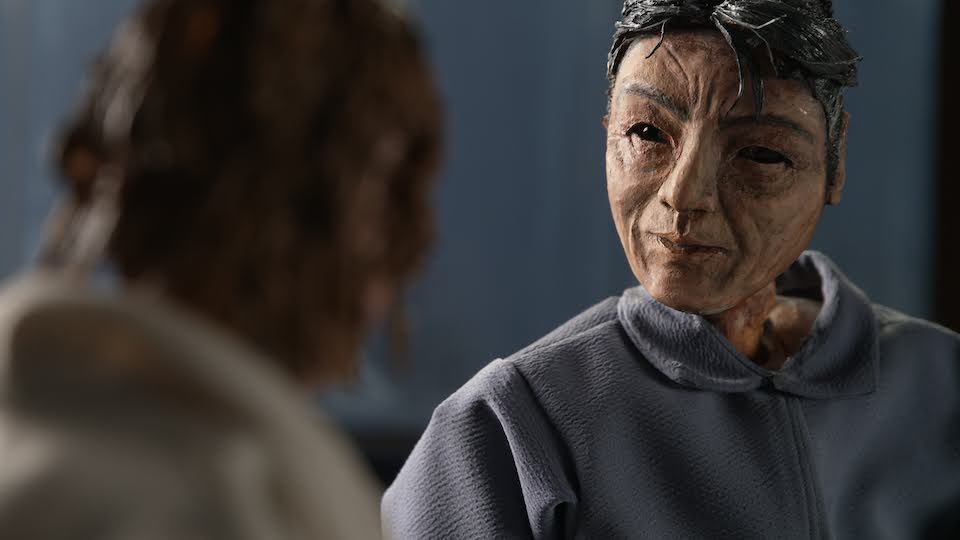 Ralph B. Peña (writer and director) has been Ma-Yi Theater’s Artistic Director since 1996 and has been instrumental in establishing Ma-Yi Theater Company as the country’s leading incubator of new works by Asian American playwrights, reaping numerous Obie and Drama Desk Awards, a Lucille Lortel Award for Best Musical (KPOP), and the 2018 Ross Wetzsteon Obie Award. Directing credits include The Wong Kids, Microcrisis,Among The Dead, The Chinese Lady, and Felix Starro. Apart from Ma-Yi Theater, Peña’s work has been seen on the stages of The Public Theater, Long Wharf Theater, Laguna Playhouse, Victory Gardens, LaMama ETC, The Children’s Theater Company, Vineyard Theater, among others.

Born in Seoul, Korea and raised in Mililani, Hawai’i, Tom Lee (Puppetry Director) is a director, designer and puppet artist based in New York & Chicago. Lee began his career at La MaMa Experimental Theater in New York with the encouragement of Ellen Stewart and, later, the St. Ann’s Warehouse Puppet Lab. His original puppet theater work includes Shank’s Mare (La MaMa, Japan Tour), Hoplite Diary (St. Ann’s, La MaMa), Punch of the Dead (St. Ann’s Puppet Lab) Odysseus and Ajax (La MaMa) and Ko’olau (La MaMa/Hawai’i tour). Lee has directed & designed puppetry for Giants Are Small with the New York Philharmonic, the Prototype Festival production of The Scarlet Ibis by Stefan Weisman and David Cote and for the National Asian American Theatre Company, among others. He collaborated with director Stephen Earnhart on a multimedia staging of Haruki Murakami’s The Wind Up Bird Chronicle, for which he designed the scenery, puppetry and projected puppet miniatures. This production was featured at the Edinburgh International Festival in 2011 and the Singapore Arts Festival in 2012.

Founded in 1989, Ma-Yi Theater Company is a Drama Desk, Lortel, and Obie Award-winning, Off-Broadway not-for-profit organization whose primary mission is to develop and produce new and innovative plays by Asian American writers.

Its numerous acclaimed productions include Mike Lew’s Teenage Dick and Bike America, Qui Nguyen's The Inexplicable Redemption of Agent Gand Soul Samurai (with Vampire Cowboys), and Hansol Jung’s Among The Dead. Other productions include: Rescue Me by Michi Barall, Lloyd Suh's The Chinese Lady and Lonnie Carter’s The Romance of Magno Rubio.

The Ma-Yi Writers Lab, a signature program founded in 2004, is the largest resident company of Asian-American playwrights ever assembled. The Lab emboldens a new generation of Asian American artists to voice their experiences, while developing a steady stream of quality new works by Asian American playwrights for Ma-Yi’s own performing repertory. New works developed at the Writers Lab have gone on to successful productions around the country, at such theaters as Victory Gardens, Laguna Playhouse, Long Wharf Theater, Woolly Mammoth and the Actors Theater of Louisville, to name a few.

Ma-Yi Theater is under the leadership of Producing Artistic Director Ralph B. Peña. 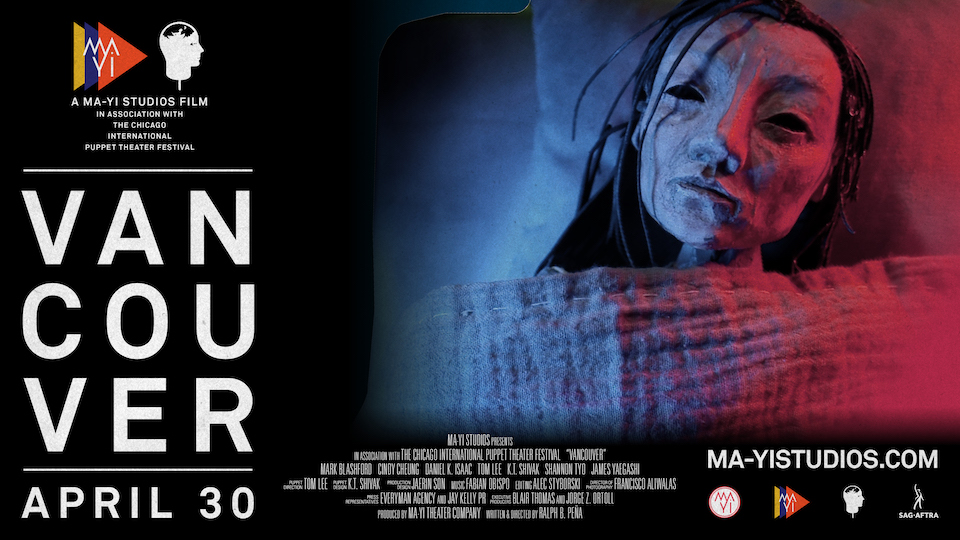 Founded in 2014 by master puppeteer Blair Thomas, the Chicago International Puppet Theater Festival is a non-profit organization with a mission to establish Chicago as a prominent center for the art of puppetry and advance the form. To date, the festival has presented three multi-week, citywide festivals in 2015, 2017 and 2019. Chicago’s puppet festival has quickly grown to be the largest of its kind in North America, attracting as many as 14,000 audience members biannually to dozens of Chicago venues large and small to enjoy an entertaining and eclectic array of puppet styles from around the world.

Fittingly, the offices of the Chicago International Puppet Theater Festival and the Chicago Puppet Studio are located in the Fine Arts Building, 410 S. Michigan Avenue, where, many argue was the birthplace of contemporary puppetry more than 100 years ago. The festival is led by founder and Artistic Director Blair Thomas, Managing Director Sandy Gerding, an Advisory Board and a dedicated volunteer Board of Directors.